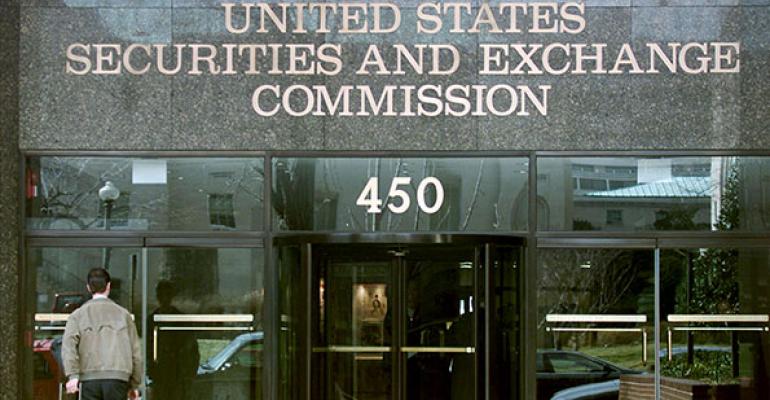 (Bloomberg) -- A long-delayed plan that’s supposed to help U.S. regulators get to the bottom of what causes stock-market disruptions is getting a renewed push.

The Securities and Exchange Commission released a proposal for creating a massive repository to track billions of daily orders and quotes. The idea, which SEC commissioners voted to seek public comment on Wednesday, has been kicked around for at least five years.

Lawmakers have grown increasingly frustrated over the SEC’s failure to finish what’s known as the consolidated audit trail, particularly as market breakdowns erode investor confidence. While the most significant malfunction was the May 2010 flash crash for equities, as recently as Aug. 24 many stocks opened late on the New York Stock Exchange and experienced wild price swings.

Regulators say the audit trail could help them reconstruct market crises and quickly analyze data for equities and options markets across multiple exchanges and trading platforms. The SEC has estimated it would cost $4 billion to build and $2.1 billion annually to maintain.

It’s meant to fill a blind spot for the agency, which has struggled to keep up with trading that’s now mostly electronic and rapid-fire. The plan also will enable the regulator to “more efficiently identify and investigate potential misconduct in high-volume, technology driven markets,” SEC Chair Mary Jo White said Wednesday at a meeting in Washington.

Under the plan prepared by exchanges and the Financial Industry Regulatory Authority, every trading firm and broker would have a unique identifier, so authorities can tie companies to specific transactions. Exchanges would be responsible for submitting data to the repository that lays out the date and time that orders and bids occur. The SEC, the exchanges and Finra, a brokerage regulator funded by the finance industry, would have access to information in the database.

“While Finra and the exchanges currently maintain their own separate audit trail systems, and have worked diligently to improve them, these systems do not provide ready access to all of the data points necessary for effective oversight,” White said. “The consolidated audit trail is critical to achieving this objective, and it will generate enormous benefits for the SEC’s mission.”

SEC commissioners voted to seek comment from financial firms, traders and others for 60 days. If the plan is approved in a second vote, exchanges would have to start reporting data to the audit trail within one year. Large brokerages would have to start submitting data within two years, followed by smaller firms one year later. Finra and the exchanges get to pick which company builds the audit trail.

Thus far, the process has moved glacially. The SEC first proposed that exchanges feed data into a central repository in May 2010, just weeks after the harrowing day in which $1 trillion of value was erased from U.S. stocks before markets recovered. In 2013, the agency solicited bids to build the tracking system. The regulator has been grappling with how to move forward ever since.

SEC Commissioner Kara Stein said the agency’s response to the flash crash shows why developing a data repository is so important, as it took regulators four months to issue a paper analyzing what happened.

Last month, lawmakers told SEC officials they were fed up with the delays.

U.S. Senator Mark Warner, a Virginia Democrat, said at a hearing in Washington that his patience was “wearing very thin.” Senator Mike Crapo, a Republican from Idaho, added that he had “an increasing level of frustration.”