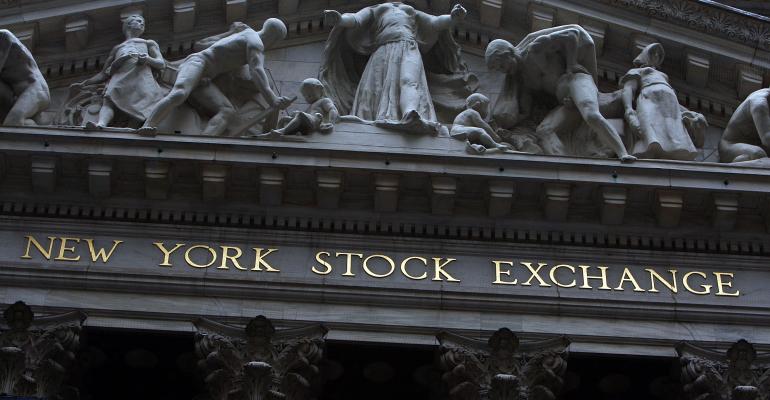 The lion was turning to a mouse for help navigating the jungle where it has long been king. JPMorgan spends more on technology in six months than Virtu’s equity is worth. It has 240,000 employees to Virtu’s 148.

Yet Virtu is so advanced in the arms race of electronic trading and order routing that JPMorgan executives wanted its appraisal to either confirm or deny the bank’s own analysis, according to people familiar with the situation who asked not to be named.

Virtu Chief Executive Officer Doug Cifu met that fall with Matt Zames, JPMorgan’s chief operating officer, and confirmed the bank’s explanation of the event, the people said. What Virtu brought was an authoritative, microsecond-by-microsecond review of the complicated mix of trading halts, delayed openings and problems with exchange-traded funds that roiled the U.S. stock market that day, causing the bank’s stock to briefly crater.

It wasn’t long after that Virtu won an important job from JPMorgan: Overseeing the trading of its stock at the New York Stock Exchange’s iconic Manhattan floor. And the relationship blossomed further last week, when JPMorgan agreed to use Virtu’s technology to trade in the $13.4 trillion U.S. Treasury market.

Welcome to the new Wall Street. In this neighborhood, a group of smaller, nimble firms have leveraged cutting-edge technology to emerge as the preferred purveyors of trading systems that make it easier and cheaper to buy and sell currencies, Treasuries and fixed income assets. While this has long been the bread and butter of the world’s largest securities brokers, and will continue to be, the increasingly complex and cutthroat world of high-speed electronic trading has created an opportunity for specialists like Virtu, Citadel Securities, Global Trading Systems, Jump Trading and XTX Markets to supply the pipes to these lucrative markets.

“Banks have been squeezed from two different directions: on one hand, they have a changed regulatory environment and higher capital requirements,” said Matt Andresen, an executive at quantitative trading firm Headlands Technologies Inc. “On the other side, they’re trading in markets that have gone through a shift to become more electronic.”

To read more about how banks are struggling with the new Wall Street, click here.

Following the financial crisis, banks have been left shrunken, battered and withdrawn, partly due to new regulations, but also because making money in this new world is much harder.

The extent of the shift becomes clear when you flash back to Black Monday -- the market crash of October 1987. President Ronald Reagan summoned officials from Wall Street, the legal profession and academia -- including representatives from JPMorgan, Merrill Lynch, Salomon Brothers and IBM -- to sort out why stocks had plunged. Banks were still the keepers of markets then. Now, to understand when things break, bankers and U.S. regulators are increasingly reliant on this new crew of firms that dedicate every resource to mapping and understanding the minutia of market structure in service to their goal of providing the fastest and best prices.

The team-ups between beleaguered banks and ascendant electronic firms plays to the strengths of both the big institutions and the leaner, newer entrants, said Joe Gawronski, president and chief operating officer of Rosenblatt Securities.

“The banks have the customer relationship, but the electronic guys are great at the technology and risk management,” Gawronski said. “There’s potential for a good marriage there.”

The niche that firms like Virtu and GTS are filling is a vital part of finance known as market making. A middle man buys from sellers and sells to buyers, and in the process makes money from the difference in price. Market makers aren’t trying to predict which way markets are headed -- they just provide liquidity to those who want it. These intermediaries aim to end every trading day with no risk, or with their exposures fully hedged using derivatives or other means.

The power shift is nearly complete at the New York Stock Exchange. Four electronic market-making firms now oversee almost all trading on the historic floor -- outposts that once belonged to investment banks like Goldman Sachs Group Inc. and Bank of America Corp. This year Citadel Securities and GTS each purchased a so-called designated market maker operation, joining Virtu and IMC in managing listed companies’ stock there.

While equity markets have mostly moved to electronic trading after beginning to shift in the 1990s, other asset classes are still in transition, making them targets for computerized trading firms. The movement toward electronic markets offers money managers a chance to have more control over how their orders are carried out, said Nanette Buziak, head of equities trading at Voya Investment Management, which oversees $204 billion in assets. Electronic firms are poised for new opportunities in foreign exchange, Treasuries and fixed income, she said.

The new order is not without risks. The flash crash of May 2010, which erased more than $800 billion of value from U.S. stocks in minutes, illustrated the dangers that can arise as algorithms come to dominate financial markets. Computer-driven trading strategies can be easier for cheaters to fool and manipulate. British trader Navinder Singh Sarao was arrested and charged by the U.S. government for making millions of dollars manipulating futures markets from his bedroom. He’s denied he did anything wrong.

Meanwhile, regulators have struggled to keep pace with the faster-moving computerized landscape. The U.S. Securities and Exchange Commission has moved slowly for more than six years on a plan to better understand stock market mishaps like the flash crash. The regulator’s plan for a gigantic repository tracking billions of daily orders and quotes, called the Consolidated Audit Trail, is nowhere near ready. No contractor has been picked to build the system yet.

Markets will always move faster than regulators, and the Virtus of the world are no exception. As with any shift as large as what the new Wall Street represents, there will be hiccups and problems. Trust is crucial. In the case of JPMorgan and Virtu, their top executives have known each other for years. The bank helped take Virtu public last year and has acted as its clearing broker since its inception in 2008.

That trust made Virtu an easy pick to help JPMorgan understand why the bank’s shares lost one-fifth of their value before quickly recovering nearly all of the drop on Aug. 24.

“Is there a situation where we can maintain our intellectual property, improve our position and possibly save costs by outsourcing certain things that Virtu has a competitive advantage in? The answer is yes,” JPMorgan’s Zames said in an interview. “We will stay a leader in market making at the end of the day, and certainly Virtu is going to be well-positioned to take advantage of those types of things.”

Regulators have spoken. Banks have retrenched. And the new Wall Street is here to stay.

“Banks collectively don’t necessarily have a competitive advantage in the connectivity space,” Zames said. “I think you’re likely to see more of this going on.”