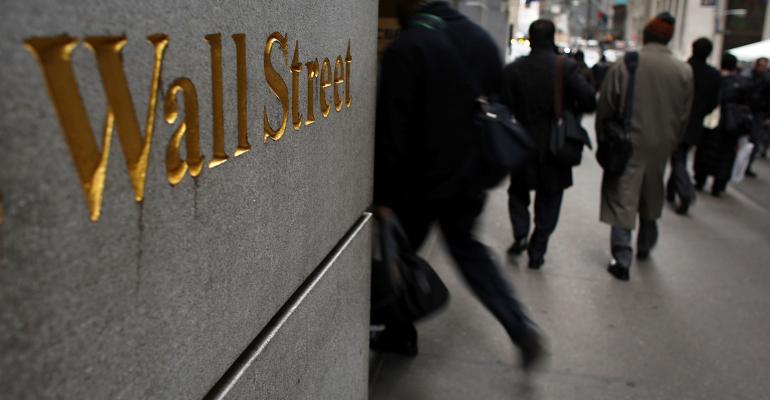 After Summer of Easy Profits, America’s Bond Traders on Edge

(Bloomberg) -- The summer of 2016 was very good to America’s bond investors. Trading was leisurely enough, volatility was low and profits rolled in nice and easy as prices climbed higher.

But as the unofficial start of fall begins, many are bracing for a market that feels markedly different in the final four months of the year. They see events fixed on the calendar that could shatter the tranquility. Things like the three meetings to be held by Federal Reserve officials, who suddenly have started talking more loudly about raising interest rates; and the central bank meetings in Europe and Japan, where policy makers are testing just how far they can push negative-rate policies; and the U.S. presidential election in November.

For much of the cautious crowd, cash has become the solution. By any number of measures, fund managers’ cash holdings are surging. (A Bank of America Merrill Lynch survey estimates the figure to be near the highest in 15 years.) Investors are saying, in essence, that they’ll give up a little bit of yield to be insulated from a plunge in bond prices. Buying short-term debt can achieve that goal too, which is why exchange-traded funds focused on that segment of the market lured in over $300 million last week while long-term funds lost $505 million.

It’s possible, of course, that markets sail through the end of the year unscathed and the three-decade bull market in bonds rolls on. It certainly wouldn’t be the first time in recent years that angst about a looming collapse proved unfounded. Yet given the extremes to which yields have been driven by the rally, the risks, as JPMorgan Chase & Co.’s Oksana Aronov points out, seem skewed against investors.

“You have a tiny amount of upside, and then this tremendous amount of downside,” says Aronov, a managing director at JPMorgan’s asset management division. “We are in the field of assessing risks -- that’s not a risk that should be attractive to any investor.”

In the JPMorgan Strategic Income Opportunities Fund, a $12.3 billion broad fixed-income fund that Aronov works on as a strategist, cash accounted for 18 percent of assets as of July 31, the latest available data. Sovereign debt, by comparison, represented less than 1 percent of assets.

Government bonds have padded profits for fund managers this year as unprecedented stimulus from global central banks -- from cutting interest rates below zero to buying debt from countries and corporations alike -- sent yields to all-time lows. It’s not just sovereign obligations reaching new heights: U.S. equities also climbed to record highs, all the while volatility has vanished across markets.

Along the way, the global bond market has been likened to a game of musical chairs. Investors have gobbled up about $8.5 trillion of securities with negative yields, which lock in losses if held to maturity, hoping the debt will continue to appreciate in price. They’re making a bet that they can sell for a profit before the market reverses -- the music stops -- and they’re left holding obligations that yield nothing.

“By the middle of this year, global government-bond returns were annualizing at a pace that was the fastest since the early 80s, which, if you think about it, is just insane, given the starting point for yields,” Michael Hartnett, chief investment strategist at Bank of America’s Merrill Lynch unit, said in a telephone interview.

Hartnett made a timely call to sell Treasuries in April 2013, a month before the start of the taper tantrum, when U.S. 10-year yields surged more than 100 basis points in two months after then-Fed Chairman Ben S. Bernanke signaled the central bank might slow its bond buying.

Investors are vulnerable to a similar episode, Hartnett says. This time, the catalyst could be a pickup in U.S. inflation, higher global economic growth, or the end of negative interest rates from central banks.

“If markets get a whiff of that, that’s when you get taper tantrum II,” Hartnett said, calling that type of event a “prime autumn risk.”

Frequently watched bond-market metrics are flashing danger in the eyes of investors. Take the benchmark 10-year Treasury note. It has yielded less than the dividend on the Standard & Poor’s 500 index of stocks since early January. Such a large gap has only emerged twice before in history, and on both occasions, bondholders were saddled with deep losses within about a year’s time, with the last coming during the 2013 taper tantrum.

A metric in the U.S. known as the term premium, a gauge of the perceived riskiness of longer-dated securities, in July fell to the lowest in at least five decades, signaling investors have little concern about interest rates rising.

In the six months through July, about $114 billion flowed into 32 types of bond funds, ranging from developed- and emerging-market governments to high-yield corporate securities and municipal debt, according to data from Morningstar Inc. The last time so much money poured into fixed-income was May 2013, right as the taper tantrum began.

“These flows are occurring at a time when the risks have never been greater,” JPMorgan’s Aronov said. “It’s precarious to just close your eyes to all these anomalies that we’re seeing in the markets.”

More investors are opening their eyes, changing course and moving into cash, like Aronov’s fund. Money mangers kept a 5.4 percent cash position in August, according to a Bank of America Merrill Lynch survey, near the 15-year high set a month earlier. Investment-grade corporate bond pools have amassed a nearly 12 percent cash stake on average, the most since at least 2009, Morningstar data show. Even some hedge funds, known for their risk-taking, are shifting to cash.

Exchange-traded funds focused on short-term debt, which is less vulnerable to losses if interest rates rise, have also attracted money. They reeled in $304 million over the past week, compared with outflows of $505 million from long-bond ETFs, Bloomberg data show.

The shift to cash and short-term debt may signal limits to the fixed-income rally. Investors soured on Treasuries in the week ended Aug. 29, a JPMorgan survey showed, with long active positions declining to 10 from 30 while neutral and short bets climbed by 10 each.

With sovereign debt -- normally among the world’s most reliable haven assets -- looking vulnerable, advice that might ordinarily send investors into bonds now also serves as a caution against them.

“We certainly think there’s more volatility coming our way,” said Scott Mather, chief investment officer of U.S. core strategies at Pacific Investment Management Co. “Investors should now at this point, when volatility is low, be looking to de-risk and get more defensive.”