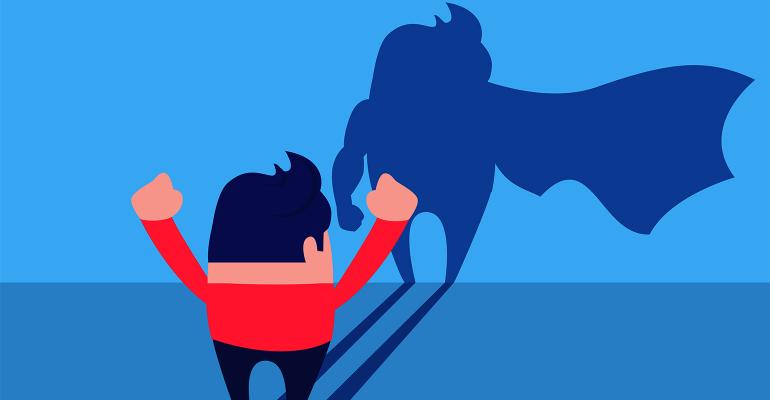 Who Is the Best Financial Advisor in Your Community? You Are!

Telling yourself that you are the best is the first step toward becoming an elite advisor.

What would you say if I was to tell you that one of the greatest strengths of the human species is to “make things up?” And how another one of our unique attributes is in our ability to communicate the stuff we make up to others?

Where am I going with all this? I’m not really sure, other than to confess I’ve been immersed in two works of Yural Noah Harari, a history professor from the University of Jerusalem “Sapiens” and “Homo Deus.” Harari writes about the “Cognitive Revolution,” a new way of thinking that occurred about 70,000 years ago; “Homo sapiens soon outstripped all other human and animal species in its ability to cooperate.”

Harari argues, and does so convincingly, that in being able to communicate about things that don’t exist, i.e., fiction, is how legends, myths and gods first entered the picture. Incidentally, homo sapiens translates into “wise man.”

So, my fellow homo sapiens, let’s talk about how this unique ability might just help you max out your potential as a financial advisor. My idea is to segment your fiction into two parts: Internal and External.

Internal Fiction:  Here is where you have to sell yourself on the idea that you are the premier financial advisor of your community. A few of you might already enjoy this status, if so, congratulations. But I challenge you to raise the bar and sell yourself on being the premier financial advisor of ____ (your call). Yes, you’re making this up but this make-believe must become an internal belief; it must be repeated through self-talk, visualized in your mind, until it’s absorbed into your being.

In effect, you’re creating a legend of yourself in advance of reality. You’re seeing the future as you desire it to be. A cynic would say that I’m suggesting that you lie to yourself. Which I would counter is why the typical cynic doesn’t have much fun—this is a game—and goes through life as an underachiever.

Countless books have been written on this topic with some of my favorites; Think and Grow Rich, Magic of Thinking Big, Psycho-cybernetics, How to Win Friends and Influence People and The Power of Positive Thinking, serving as an incomplete list of these timeless gems. All, in their own way, tell you to believe in yourself without proof, which is internal fiction.

This is nothing new. The idea is to create your own narrative about your future, both personally and professionally. You’ll rarely, if ever, meet a high achiever who hasn’t activated this strength.

However, most people aren’t high achievers, they’re afflicted with “I’ll believe it when I see it.” And as a result, they’re followers of the high achievers they resent.

External Fiction:  Now we’re talking about transforming your personal narrative, your internal fiction, and communicating it to the outside world. Taken at face value, this can be construed as misleading. But it’s not. Why? Because you believe this narrative with your heart and soul. You are the best. Naysayers didn’t believe the earth was round, or that we could talk to someone 1,000 miles away, much less that a man could walk on the moon. The list of fiction becoming reality is endless, which means that rather than misleading, you’re simply communicating your belief.

As the premier financial advisor in your area, transforming your personal narrative for communication to the outside world, clients, prospects and COIs, requires being able to play without a net: taking risks. I’m not referring to investments, rather I’m referring to crafting and communicating your external narrative as if you already were the best of the best. This is now what you believe.

There are a number of ways this can be applied. I knew a rookie advisor in Midtown Manhattan who had little if any clients, yet he had the chutzpah to socialize in affluent circles. During which he spent very little time discussing business, and when he was invariably asked what he did for a living, he’d say that he was a financial advisor  but wasn’t taking on any new clients at the time. True, he wasn’t signing new clients at the social but fiction, as he desperately needed clients. Now that’s playing without a net —within 5 years he was a top producer.

Another example of an advisor’s internal fiction was positioning himself as the premier advisor for physicians in his community. However, he had only one client who was a doctor. Yet, after picking this doctor’s brain about the financial challenges, both personal and professional, that doctors face, his external narrative was “My clients tell me that nobody knows more about the financial ins and outs of medical practice than me.” For the record, after this tutorial from his doctor client, he asked if other advisors knew what he just learned—his client then provided the sound bite.

Yes, he had only one doctor client at the time but his internal fiction had become his reality. In his mind, he was the financial advisor of choice in the medical community.  Which is now no longer fiction.

It’s important that you develop and become immersed in your internal fiction before activating any form of external fiction. This is what makes everything genuine, you are what you believe yourself to be. External fiction without it’s internal counterpart breeds a con artist. And we don’t need any more of those characters!

So go forth, play without a net, dream big, create your narrative, sell yourself and then go forth and maximize your potential.