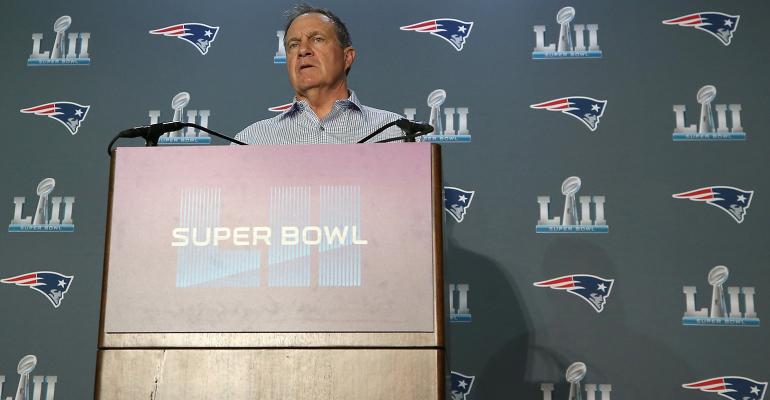 Putnam's Road to the Super Bowl

Boston-based Putnam Investments has been a sponsor of the New England Patriots since 2009, and once again it paid off as the team appears in the Super Bowl on Sunday. Evan Vladem of Associated Investor Services writes about the firm’s sponsorship in Chief Marketer. Getting away from the cluttered logos that besmirch so many other stadiums, Putnam has naming rights to a 6,000 seat club-level seating area in Gillette Stadium, the road leading to the stadium was renamed Putnam Parkway and a Putnam-branded mini-football field is available for tailgaters. Most engaging? The Putnam FanCam, a 360-degree high definition camera that lets fans find themselves in any of the 67,000 seats and tag a photo for social media. For Putnam’s Global Marketing Officer Mark McKenna, it’s all embodied in the phrase “Performance in Motion.” “Our entire business is designed to focus on performance, even down to the payment structures. [CEO Bob] Reynolds is of the mind that we pay money managers for great performance for investors. We wanted to find that niche,” said McKenna. A fun fact: Reynolds used to be a college football referee and was considered for NFL Commissioner in 2006. They chose Roger Goodell instead. Add Deutsche Bank Wealth Management to the growing chorus of financial establishments telling their clients to stay away from bitcoin and other cryptocurrencies, according to Finextra. Markus Mueller, global head of the Chief Investment Office of Deutsche Bank, told Bloomberg News this week that there’s too much risk involved, including high volatility, possible price manipulation and data loss or theft. “It’s only for investors who invest speculatively,” Mueller said. “There is a realistic risk of total loss.” The more Americans know about their finances, the less anxious they will be as they grow older, according to a new study by Hiroshima University. The study, detailed in MedicalXpress, surveyed Americans with questions that tested their financial literacy, including basic calculation and the pricing behavior of bonds. It found that people with high financial literacy are significantly less anxious by the way of accumulating assets, such as savings, bonds and insurance. Those financially less literate are less likely to gathered such assets, relying more on Social Security income in retirement. “Anxiety is bad for one’s health, and it is bad for the economy,” said Yoshihiko Kadoya, associate professor of Health Economics at Hiroshima and primary author of the study. “If you have a high level of anxiety about the future, you tend to spend less and be more cautious about saving money, which negatively affects the national economy. We predicted that financial literacy would help to reduce this anxiety.” The study also found that having a child and doing regular exercise also reduced anxiety about life in old age.

Want The Daily Brief delivered directly to your inbox? Sign up for WealthManagement.com’s Morning Memo newsletter