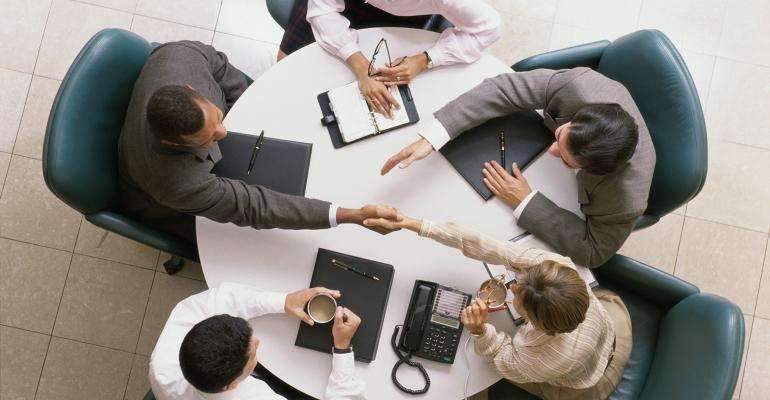 The Only Affluent Marketing Strategy You Need

Word-of-mouth influence is essentially the be-all and end-all for financial advisors interested in marketing their services to the affluent.

SAN DIEGO — “It seems that not all of your peers agree with you on marketing,” Jody stated with that half-smile smirk of someone looking to stir things up. To make certain I took the bait, he followed-up by asking, “So, who’s right?”

Joby was referencing something he read that claimed referrals were dead and the most effective marketing techniques for opening new accounts was direct mail and radio/television appearances. He couldn’t recall the source nor could he recall any reference to the size of these new accounts that were supposedly opened. But, he was sure that what he’d read contradicted the research I’d just shared in my keynote.

I had to chuckle as I told him that our affluent research agreed with part of his statement: as we first published the fact that 75% percent of affluent clients don’t like being asked for a referral over 10 years ago. In other words, asking for referrals has been dead for at least a decade. As Jody nodded knowingly, I then got his attention by stating “Confusion seems to be the norm in terms of financial advisors and affluent marketing.”

Let me share the basics of what I explained to Jody. First off, there’s a huge difference between HHI of $100,000 and $200,000 that goes beyond investable assets. The higher income group is far more educated, has significantly more (up to 10x+ more) investable assets, which has created a need for more comprehensive and sophisticated financial advice.

The result, today’s affluent are highly skeptical to advertising promises and marketing tactics, especially when it comes to their finances. In our 2017 Q1 affluent survey ($200,000+ HHI and or $1M+ investable), when asked:

How did you initially discover your financial advisor?

The primary objective of any financial advisor’s marketing efforts is to get in front of qualified prospects. The above marketing tactics simply do not work with today’s affluent. This isn’t some new revelation; our research identified this trend over 10 years ago.

Second, as I explained to Jody, every financial advisor needs to identify their target market, the profile of the client they want, then become a student of that profile client. This alone will take most, if not all of the confusion out of one’s marketing strategy.

I know, you want me to tell you the marketing that works—“how” todays’ Q1 2017 affluent told us they “initially discovered” their financial advisor. However, when you finish reading the following, do yourself a favor and reread the above data points for reinforcement.

Word-of-mouth influence (WOMI) is essentially the be-all and end-all for financial advisors interested in marketing their services to the affluent. All the aforementioned are a form of word-of-mouth. This means that 85.8% of today’s affluent first encountered their financial advisor in this manner.

What makes all of this even more compelling is what our Q1 2017 respondents told us was the most important factor in choosing a financial advisor.  Marketing can get you face-to-face, but at some point you need to be able to turn that prospect into a client.

This is WOMI at work. Recommendations and reputation dominate at 60%. Neither of these are likely to occur unless there is a high degree of professionalism and competency (15.7%) and now we’re up to 75.7% impacting the actual transformation of a prospect into a client. In case you’re interested, only 2.7% cited the “lowest fees” as a factor.

The challenge facing financial advisors today is that word-of-mouth influence is more nuanced than traditional marketing. Numerous factors impact both the narrative and frequency. For instance, an advisor can be very personable, but if not a first-class professional advisor, the narrative might be along the lines of “Matt’s a great guy, but I’m not so sure I’d want him handling our finances.”

Conversely, if Matt was a first class professional and has taken the initiative to connect on a personal level, it might be more like “Matt’s a great guy. We love working with him. You should talk with him about your finances.”

One might think that being an extremely competent professional is all that’s necessary to stimulate WOMI. It’s not. Why? Because being good at your job is a hygiene factor amongst todays’ affluent—it’s expected. If it’s not there, you might as well forget about any “positive” WOMI flowing your way. When present, the secret is in knowing how to stimulate this powerful marketing tactic.