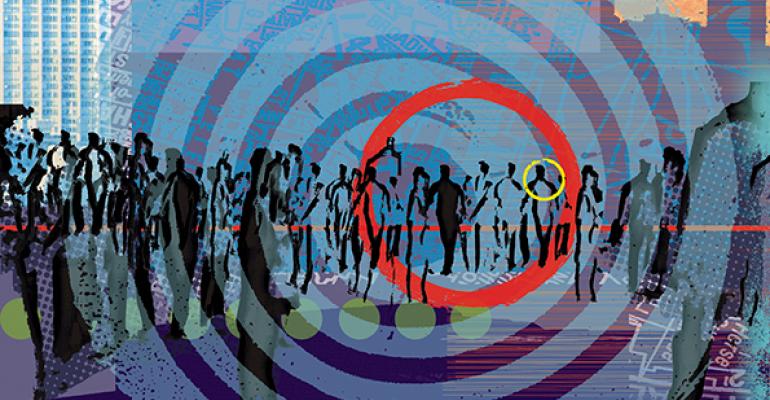 Targeting clients who belong to a specific profession can set your practice apart. Here’s how to go about it.

Advisors who target a niche, often one based on a particular profession, stand a better chance of growing a business. They know the ins-and-outs of the financial affairs, both the problems and opportunities, of the individuals involved better than anyone else, and that's the key to good service and ongoing referrals. But cracking a target market takes time and effort. Here’s how some advisors go about it.

Their challenges:  Five years ago, when a practice management expert suggested Timothy McNeely make the most of his wife’s connections—she’s a dentist—a light bulb went off. He knew that soon after getting their degree many dentists go into business for themselves, either buying a practice or starting their own.  That meant he had to provide the kind of advice all small business owners need. In addition, he needed to understand being in deep debt. Between student loans, the cost of buying a practice—in California, the average price is $300,000 to $400,000, according to McNeely—and their house, McNeely figures the average young dentist is easily $1 million to $1.5 million in the hole.

Conferences and other events: You want to go to the big annual meeting of the Association of Dentists. But for effective networking, attend monthly meetings of your state association’s local offshoots.  At clinically focused powwows, you won’t be able to give a talk on a financial topic. But you can sponsor a dentist’s discussion and make introductory remarks or set up a table.  McNeely attends three to four meetings a month. Aside from that, he volunteers with such groups at the California Dental Association Foundation, which provides free dental work at an event in San Jose.

Idiosyncrasies:  Dentists, says McNeely, are a cautious group. That’s one reason for his taking advantage of opportunities for frequent exposure. Similarly, Matthew Veatch, an advisor with Acorn Financial Services, a Fairfax, Va., firm with about $500 million in assets, much of it from dentists, also attends as many local dental meetings as possible.  “The more opportunities there are for dentists to see you, the more you add to your credibility,” he says.

On a different note, avoid contacting clients during working hours, when they need to focus their attention on their own clients. Even if you try, you won’t get past the receptionist. “They serve as great gatekeepers,” says Veatch.

Topics of interest:  Disability insurance is a big one. The job is more demanding than the uninitiated may realize—on your feet all day, with repetitive hand motions requiring fine motor dexterity.

Marketing tactics:  With the help of Raymond James, his b/d, McNeely revamped his website so that it screams dentist. He also makes sure to speak in their language. Thus, he talks about getting a “financial X-ray” and building a “financial treatment plan,” and has trademarked some terms.

Their challenges.  Pete Bush, a partner with Horizon Wealth Management in Baton Rouge, a firm with about $510 million in assets, focuses on several niches, including ball players. One of their biggest challenges, he says, is the unpredictability of their careers. “If they don’t have a contract, they live in limbo, “ says Bush, a former college baseball player. Another issue: inconsistent cash flow, because they only get paid during the season. For that reason, Bush puts in place a system for stretching the money out, with different accounts for specific uses, like spring-training  expenses or off-season living.

Conferences and other events.  Bush tries to meet with all his baseball clients during spring training, since they’re gathered in the same geographic areas. He also takes advantage of the opportunity to meet prospects. For example, he and Jeff Reboulet, another partner, own a condo in  Scottsdale where they have low-key cook-outs for younger players. Or they invite 15 to 20 of the guys out to dinner. (Such gatherings are more difficult with veterans, who tend to have their wives and children with them). Inevitably,  “Guys will come up to us and tell us, ‘I really need to meet with you later on,’” he says.

Recently, Reboulet and Bush started targeting the annual winter meeting for agents and others in management.  Generally Reboulet, who played in the Major Leagues for 12 years before becoming an advisor, attends it. There he runs into everyone from retired players to front-office personnel. “It’s one place where a scattered market comes together,” says Bush.

Four years ago, they also started a 2 ½ day workshop for 15-20 veteran players in Baton Rouge, for both existing clients and prospects on the verge of retirement, held right after the World Series.

Idiosyncrasies. The players can’t do anything  without going through their agents—and you will alienate those crucial people if you bypass them.  When Bush starts talking to a prospect, he immediately contacts the individual’ s agent, so they can all meet together.

Topics of Interest. Cash flow management and budgeting are huge.  Also, the topic of pensions is of great interest—especially when to start dipping into the money.

Their challenges:  These are people with especially demanding schedules, according to James Gambaccini, managing partner of Acorn Financial Services--that’s where Veatch works--whose focus is partly on corporate executives. Another challenge is their complex pay packages. Two years ago, a client was switching jobs and, while going through all the financials, Gambaccini discovered a $1 million account that had got lost in the shuffle when the man’s previous employer was bought by another company.

Conferences and other events:  Holding top-of-the-line events can be effective for solidifying relationships, although most clients are too busy to stay for long. Still, you never know. Gambaccini recently held a golf outing at which a client  “worth millions of dollars” unexpectedly showed up when he had a last-minute cancellation of an appointment.

Idiosyncrasies:  Being particularly time-starved is a hallmark of this group. Another trait: They tend to be forthright decision-makers.  “Then they move on,” says Gambaccini. “They don’t want to get into a lot of the details.”

Topics of interest:  Taxes, taxes, taxes. With new clients, one of your first steps should be to call their CPA and estate planning attorney, so you know the lay of the land in terms of such financials as stock options and restricted stock.

Marketing tactics:  Be direct. For example, offer to give prospects a written, second opinion about their current financial strategies. “They’re used to seeing this in the business world,” says Gambaccini. Also, if you have a hobby that attracts the affluent executive make the most of it.  David Edwards, president of Heron Financial Group, a New York City firm with about $145 million in assets, for example, is an avid sailor and a certified sailing instructor.  He uses  his time on the water to forge relationships with likely prospects.