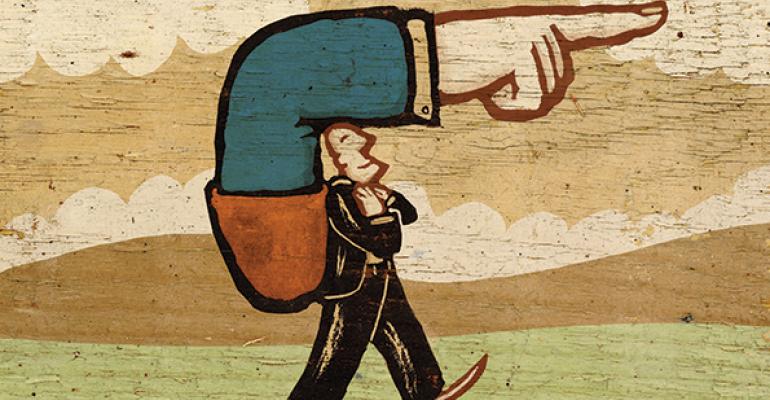 Three years ago, Steve Johnson, a Raymond James advisor and branch office manager in Utah with some $400 million under management, sent his top 80 clients a 10-question survey asking them how satisfied they were with his practice. How would they rate the skill level of his team? How did they like the client events? It was the first time he formally solicited this kind of feedback, and he braced for the response.

What he learned came as a surprise. He discovered his clients really held his assistant in high regard, and considered her an important part of the team. As a result, he gave her more responsibilities. Eventually, he hired an assistant who was fully licensed and able to act as an assistant branch manager.

“Now my assistant handles just about everything,” he says. He’s able to focus more time on bringing in new clients and his assets have jumped 15 percent annually since.

It’s a testament to just how important it is to get client feedback and to do so systematically—and in a way that encourages honest responses. That means anything from conducting surveys to relying on a client advisory board or face-to-face discussions. Getting honest feedback helps you fine-tune your practice, fix mistakes and keep clients engaged. Formal feedback procedures can help you spot problems before they become too detrimental. “The dissatisfied individual just leaves you—and you don’t know why,” says Julie Littlechild, founder of Advisor Impact, a Toronto-based firm that specializes in client feedback for financial advisors.

Like Johnson, you’re bound to get some surprises and that, of course, is the point. While he was pleased to learn that his top clients were “satisfied” or “very satisfied” with his service, he was floored to see they didn’t particularly appreciate the six or so client events he was running every year, since they seemed to be well-attended. Johnson also discovered that his clients thought his average of three review meetings a year were excessive. “People simply didn’t want to hear from us that frequently,” he says. In addition, most wanted to communicate face to face or by email, not via the telephone.

You can hire an outsider to conduct your surveys or you can do it yourself. Eric Brotman, who heads Brotman Financial, a $140-million firm in Maryland, for example, sends five questions to his clients every year using the online tool Survey Monkey. Only 25 percent of clients would bother responding, until he changed the fifth question to ask which charity they would like the firm to donate to. With that, the response rate went up to 60 percent.

Other advisors prefer to hold feedback discussions in person so they can read body language. Eric Scruggs, an advisor at Acorn Financial Services in Fairfax, Va., uses a technique by which advisors schedule 30-to-60 minute sessions with clients held every 12-to-24 months to share their thoughts about the firm. Because it’s done in-person advisors can ask more probing questions, says Scruggss, and follow-up with specific queries depending on which direction the conversation goes. Two advisors usually sit in on a session so one can take notes.

Another approach is a client advisory board.  For the past six years, Brotman’s board of 18 clients has met twice a year over dinner to talk about the firm; the clients set the agenda. While the discussion doesn’t only focus on feedback, it’s always included. Three years ago, the board roundly criticized Brotman’s new marketing materials, for instance. He threw out the entire campaign and started from scratch.

You can’t just assume your board will be forthright in its comments. Randall MacNeil, a Raymond James advisor in Atlanta, says he continually reminds his client advisory board of the need for honesty, and he’s sure never to appear defensive at their comments. “I show them I work well with constructive criticism,” he says. “They don’t have to worry about hurting my feelings.”

If clients respond to solicitations for suggestions, it’s important to act on them. “If someone makes a comment and you don’t do anything, that can have the opposite effect from the one you intended,” says Littlechild.