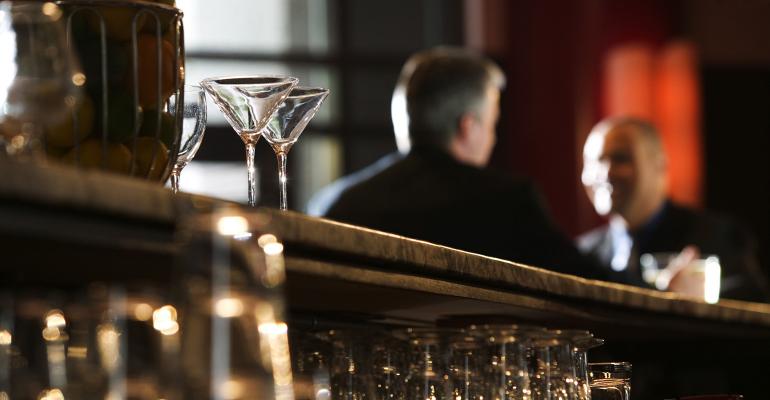 How to Speak and Be Heard in Affluent Circles

BOSTON — “I’m really concerned about overstepping my bounds when socializing,” began Matthew in a soft tone as he built up to asking, “How does one remain social, while at the same time having an eye out for business? Nobody wants to be ‘that guy’ who’s always pitching at social events.”

Matthew was hitting on one of the bigger obstacles facing financial professionals as they attempt to market their services in affluent circles. They make one of two common mistakes. Either they’ve got Matthew’s mindset and are petrified of being perceived as “that guy”, or "that girl," in affluent circles, so they do nothing other than socialize. Or they become the person everybody avoids, because they're always pitching.

There is a solution to speaking and being heard (in a positive context) in affluent circles. However it requires you, the financial professional, to understand what your affluent prospect (the person you’re engaging in conversation) is hearing. In other words, it’s all about them, not you.

As we coach professionals on the art of social prospecting in affluent circles, we employ the 3Cs Language Model:

C#1: Concise—Everybody knows that whenever there’s a “blowhard in the midst,” they’re usually talking about themselves, their accomplishments, superior knowledge, possessions, travels, etc. You get the idea—they’re trying to impress. Unfortunately the impression they’re making is the wrong one. This one-sided conversation causes the proverbial “eye-roll” and pushes people away. However, there are other ways of talking too much:

Conversely to the above, when a topical discussion ensues and a relevant comment is made in a concise manner, a clear two-way conversation is most likely occurring. People tend to take notice and the seeds of a good impression are planted.

C#2: Conversational—This is all about your delivery. Two people can make the same relevant comment in a concise manner, one coming across arrogant, while the other a thoughtful contributor to the conversation. Coming across as a know-it-all often accompanies the financial professional who talks too much. It can also come from being overly scripted. Being obviously scripted is a common mistake financial professionals make. You tend to appear robotic, or simply disingenuous. Neither of which leaves a good impression.

Yes, we provide financial professionals with “scripts,” or as I like to refer to them as words that work—but we coach and coach and coach to ensure that this verbiage is delivered in a natural, conversational manner. This requires practice, role-playing and tough love feedback.

When attempting to assess your delivery, think in terms of having a thoughtful conversation with your spouse or a good friend. Think of conversations where you’re not trying to impress—you’re proactively listening to what the other person is saying, you’re audible but not speaking for a secondary audience, and both parties are engaged.

Conversational communication requires proactive listening skills. Most people don’t realize this, but listening is reciprocal. When we think someone is listening to what we’re saying, we in turn are compelled to listen to them. When this is intentional, you subtly take control by inducing the person you’ve engaged to pay attention to what you’re saying.

C#3: Confident—People who are nervous make the people around them uncomfortable. There’s an awkward vibe in the air. Often this involves body language. That person who’s jiggling their foot like it’s spring-loaded doesn’t project confidence—quite the opposite. Failure to make good eye contact is also a subconscious signal of a lack of confidence. So is poor posture.

Interestingly, our research cited three criteria above all others that projected the success of a professional in a social environment: personal energy, people skills and personal attire. In other words, everything about you is important.

You need to be able to project this natural confidence, an ease about yourself, to enjoy much success in getting any type of agreement for a future encounter, whether it be a cup of coffee, a round of golf or a visit to your office. People are much more likely to comply to a suggestion from a person who exudes natural confidence.

Matthew, like most professionals exposed to this model, will need to have someone close to him (spouse, team member, friend, coach) who is willing to provide tough love—honest feedback on each of the 3Cs. His next step will be to use this initial feedback as a platform upon which to practice, role-play and master this 3Cs Model. You can do the same as mastery of this model is a prerequisite for success in affluent social circles.