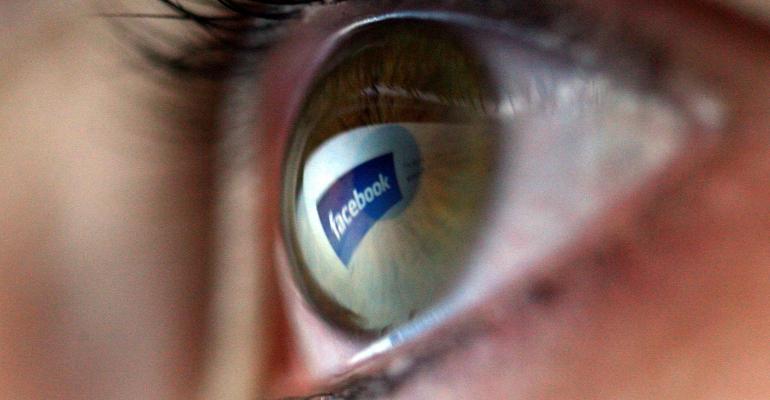 There are seemingly countless options to consider, but it’s advisable to keep it fairly broad.

When someone in your area thinks “financial advisor,” who comes to mind? If it’s not you right now, that’s OK. That's fixable and Facebook can help. The idea is to build awareness with ideal prospects so when they need financial advice, you’re the one they call. With Facebook, you can literally put yourself in the palms of their hands. To make this happen though, you have to understand how the Facebook algorithm works.

Think specifically about your Business Page. When you post something, let’s say an article on Social Security, you might think all of your followers (i.e., those who have “liked” your page) would see it. However, on average, only 5.2% of them will. That statistic is called your “organic reach,” and it’s quite low on Facebook.

If you want more widespread distribution, Facebook wants you to pay for it. Fortunately, it’s not all that difficult or expensive. The easiest way to do it is by “boosting” posts. Boosting a post simply means putting some advertising budget behind it so that more people see it. While boosting isn’t the ultimate solution (Facebook’s Ads Manager platform is much more robust), it’s a great starting point for broadening your reach.

After posting something to your Business Page, you’ll see a blue button that says “Boost.” Upon clicking this link, you’ll be asked to define an audience. There are seemingly countless options to consider, but it’s advisable to keep it fairly broad.

Let’s say you’re posting something about Social Security, you could boost said post to those who: 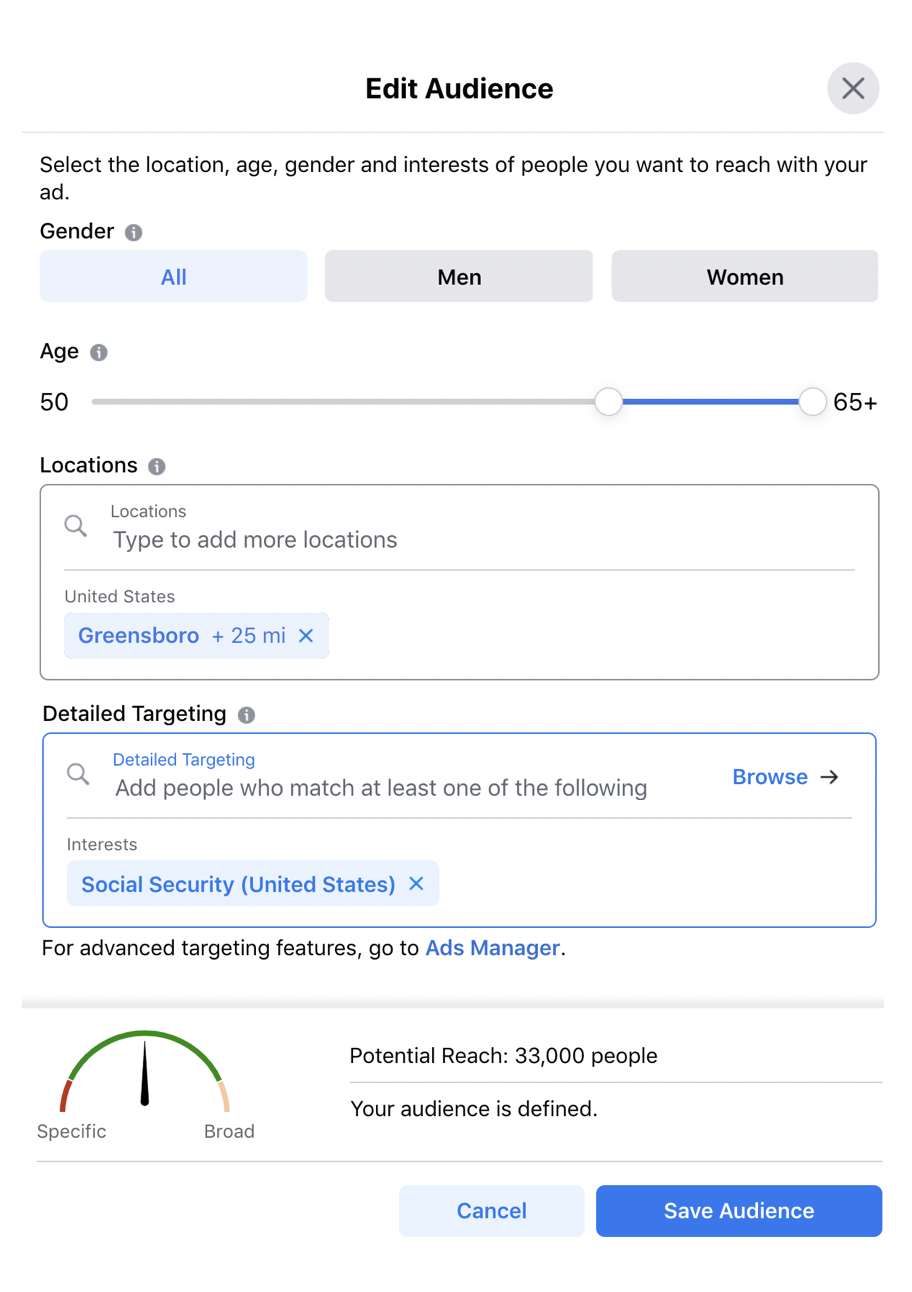 This technique spreads your posts well beyond your existing followers, helping you target your ideal prospects in your broader community. Awareness campaigns like this aren’t just a starting point for your Facebook efforts, they should run throughout your business lifecycle, ensuring you remain top of mind.

Thankfully, Facebook awareness comes much cheaper than other outlets such as newspapers, billboards and commercials. We’d recommend starting with a monthly budget of at least $100, which can be spread across more than one post. If you like the results, increase your budget on future boosts and you’ll up the exposure as well.

Even though we encourage the “long game” with social media, when you’re putting your message in front of thousands of people, you’ll naturally run into people in the market for a financial advisor. Perhaps their advisor is retiring, they are new to the area, or some other factor is at play.

I hope this helps you get into the game with Facebook ads. Again, boosting posts is a great starting point. When you’re ready to go next-level, Facebook’s Ads Manager platform is where it’s at. It has more advanced targeting and is better suited for Engagement or Conversion-focused advertisements.

Stephen Boswell is a partner with The Oechsli Institute, a firm that specializes in research and training for the financial services industry. @StephenBoswell