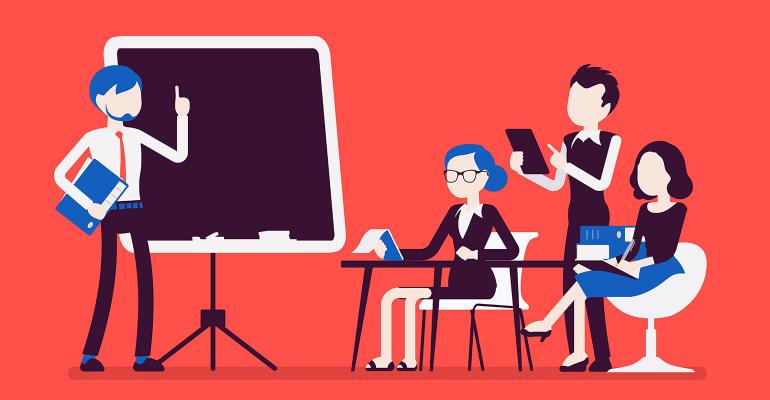 Debunking the 'Knowledge Is Power' Myth

It’s the consistent application of knowledge that harnesses real power.

Recently, I was on a prep call for a conference where I was scheduled to deliver a keynote presentation with the firm’s national manager, their meeting planner and a couple of people from the fund company (who was my sponsor for the event). The national sales manager took the lead, complimenting me on a presentation I delivered a couple of years ago for his firm, explaining the focus of the conference was growth and then asking me if I had any new affluent marketing insights.

“We have two more years of new financial advisor/affluent research,” I responded and received a “That’s great!” But then I asked, “Just out of curiosity, how well have your advisors been at executing the Super 7 affluent marketing tactics I shared with you two years ago?” An uncomfortable silence was followed by a profanity that led to an in-depth discussion about knowledge and performance.

To ease the tenor of the conversation, I equated the affluent marketing challenge facing his financial advisors to health and fitness. Most people know what they should do: avoid fast food, fried food and sweets—the basics of healthy eating. And most people also know they should get some form of regular exercise, such as a daily walk. Yet more people continue to gain weight. Just like these financial advisors, they know what to do but aren’t doing it, and if they are, they aren’t doing it consistently enough.

Hence the performance myth—knowledge is power.

For the sake of simplicity, I suggested that we assume knowledge is 50% of the performance formula, and execution (consistent execution) is the other 50%. From that viewpoint, everyone on the prep call agreed with me that knowledge isn’t true power, rather it’s the consistent application of that knowledge that harnesses the real power.

At this point I shared a basic tenant of learning: repetition is the oxygen of learning and suggested that I present the Super 7 high-impact affluent marketing activities (identified in multiple research projects) that I had presented previously—BUT—that I’d change the format, not refer to them as the Super 7, and include the data we collected over the past two years on the affluents’ use of social media data and how it can be applied to marketing.

While everyone was in agreement on what I was to deliver in my keynote presentation, the national sales manager was thinking out loud, “I wonder if you could come in a day early and spend a couple of hours with my team to help us follow up and coach our advisors on executing what they know.”

That was brilliant! Rather than worrying about the advisor’s evaluations of the conference, the focus was on everyone rolling up their sleeves and taking ownership of the conference theme—growth. It would be easy to continue to be annoyed with the financial advisors for not applying what they know regarding affluent marketing. However, in order to facilitate growth, this national sales manager realized that the secret is in helping (coaching) his financial advisors into more consistently applying what they know.

The true performance formula, applicable to any area of life is Knowledge + Execution = Performance.