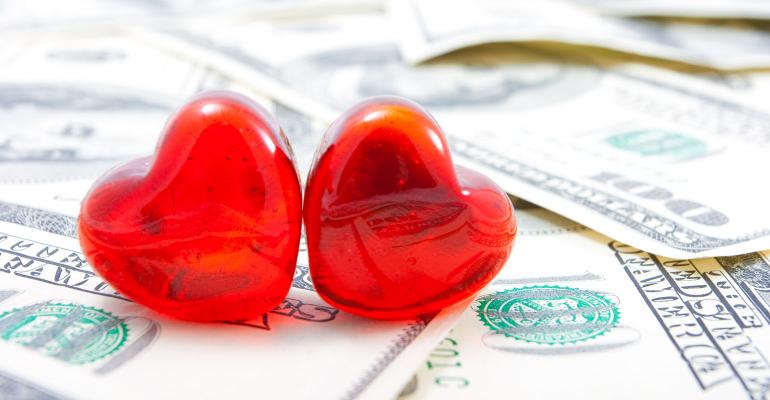 Can You Romance the Money?

Sell yourself and you will sell your services.

“I was never very good at romance,” confessed Jack with a sigh, “so I’m not sure I’m going to be very successful, in your words, at romancing the money.”

I chuckled, initially thinking Jack was pulling my leg but he was dead serious. Although married with two children, the idea of romance was an alien concept to him.

Yet, it is an essential component in mastering the art of affluent sales. Marketing is what gets you a wealth of opportunities. In Jack’s case, similar to most advisors, this translates into getting in front of affluent prospects. Over the past decade, our affluent research has identified the personal introduction as the most consistent high-impact marketing activity that got them face to face with an advisor.

The most common form of a personal introduction is a client introducing you to someone in their sphere-of-influence in a social setting. When this occurs, you have been vetted as your client has given you the “Good Housekeeping seal of approval.” In effect, your client is recommending your services.

In the affluent world of sales and marketing, this places you in the ideal position. You’re meeting a potential client, a friend of an affluent client who’s an advocate. What could go wrong? Very little if you understand the concept of romancing the money.

Yet, too many advisors unwittingly damage this opportunity. How so? It’s been beaten into their head to sell-sell-sell whenever an opportunity presents itself. As a result, they prematurely enter into a business conversation before taking the time to develop a relationship.

Bear with me as I explain the origin of romance the money—my hunch is that it will make sense. Think of being introduced to a potential client in the same context of being introduced to someone you might date (when you were single and available). There are a number of similarities: you work to develop rapport, make a good first impression, focus on them, and if there’s any potential you’re thinking of another creative point of contact.

In other words, the objective of the “dating game” is to develop a relationship—if interests are reciprocated, this is commonly referred to as romance (minus any discussion about the future with marriage and kids).

No different than when you’re initially introduced by your client, you’re not having a discussion about managing their family’s finances. This is the embryonic stage of a potential relationship between affluent prospect and advisor. Here is where personal presence and people skills are essential. You are creating a first impression. Successfully connecting during this initial meeting is where the courtship begins and romancing the money enters the affluent sales process.

I get it—many financial advisors have been trained to talk business, use industry jargon, position themselves as bastions of financial knowledge whenever an opportunity appears in front of them. Alas, this approach actually serves only to push the affluent away. Yes, you’re in an ideal position when getting personally introduced, but not for selling your services, rather selling yourself.

Sell yourself and you will sell your services!

How do you sell yourself? By slowing down and showing genuine interest in your prospect. This is basic human psychology; you become far more interesting when you are interested in the other person.

Naturally you’re not romancing prospects ad infinitum. At some point, you’ll have earned the right to have a business conversation, which, again tongue-in-cheek, I refer to as “popping the question.” This can take anywhere from three weeks to three months as every affluent prospect is different. However you seamlessly pop the question by “putting your professional hat on” when:

You get the drift. Remember, you’ve developed a relationship built on trust and likeability. When popping the question, whether you invite them to your office, visit their office/home, or meet at Starbucks—it doesn’t matter. What does matter is that you’ve taken time to romance the money and are able to identify the opportunity to pop the question (put your professional hat on and have a business discussion).

Although Jack got a chuckle out of my analogy, his challenge had little to do with romance and everything to do with relationship management.  Like many advisors, he needed to shift from being all-business with clients and build personal relationships. That would unlock affluent opportunities for him to romance.

I left him with: “Romancing the money is the yellow brick road to wealth.”