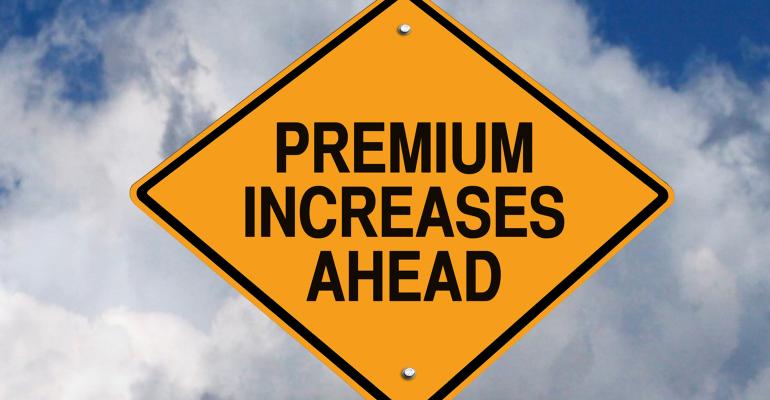 Cause of Skyrocketing Insurance Premium Increases

Recently, I read the Aug. 13, 2016 New York Times article “Why Some Life Insurance Premiums are Skyrocketing.” It sounded sensational enough to get my attention, and it made a number of valid points but, based on what I understand about the market, it was also somewhat misleading as to the purported cause of the skyrocketing premium increases.

Reasonable people can disagree on the future of the industry, if a given carrier will be solvent over time, the kind of insurance that’s “best” and the appropriateness of given regulations and financial maneuverings. I feel that a carrier that increases the mortality costs of a policy when it hasn’t realized an increase in mortality experience is taking an unconscionable action even if it’s contractually allowed. However, let’s talk about the real reasons behind most policy “premium” increases.

First of all, why do I put “premium” in quotes? Because the universal life policies referenced in the New York Times piece don’t have true premiums like traditional term insurance and whole life policies. They have projected payments, which are calculated based on a given set of assumptions in play at the moment the policy is issued. These assumptions must and will change over time, and there’s no chance that they won’t. When the assumptions change, including policy-crediting rates based on interest rate markets, the projected payments change with them. The rub? Most policy owners have absolutely no understanding of this.

When someone has been paying a given, level premium for 25 years and then discovers it’s skyrocketing, it isn’t because the insurance company has suddenly increased the premiums or expenses that much, it’s because the cash value in the policy is being depleted, and that increase is what it takes to keep the policy alive and to fund ongoing policy costs. Why is the cash value depleted? Because the double-digit crediting rates of yesteryear have vanished, and the policy cash value is crediting at or close to the minimum guaranteed rates today that are generally in the lower single digits. The “premium” didn’t increase 25 years into the policy. Someone didn’t understand,  no one was minding the store and the policy owner is 24 years late proactively increasing the payments to compensate for the decreasing interest rates.

There’s a very telling line in the article, which may seem innocuous but is incredibly important. “…companies that sell policies that run for decades… face a challenge: how to fund policies that were sold back when their actuaries couldn’t envision a world of interest rates below 8 percent…” What’s the issue? It’s not the life insurance company’s job to fund the policies. It’s the policy owner’s job to fund the policies. This is a primary misunderstanding in the market. The companies simply credit the prevailing rates. If those rates aren’t high enough to ensure a satisfactory outcome, that isn’t their fault or their problem. The policy owners shoulder the risk in the types of policies being written about. It’s like saying mutual funds face a challenge of funding investors’ retirement plans when stock market rates underperform expectations.

The article is correct in that interest rates are very low. However, if interest rates go down, your clients’ “premiums” are supposed to go up. Yes, they’re supposed to go up. If your car runs out of gas, it’s supposed to stop on the side of the road. If you eat too much, you’re supposed to get fat. You see a pattern? Let’s assume the cost of gas was $1.50 a gallon when you bought your car, and it took $30 to fill up your 20-gallon tank. If years later, gas costs $3 a gallon, and you still put $30 of gas in the tank, you shouldn’t be surprised that you can only drive half as far. If you were, I’d simply back away from the conversation because it would mean you were too dense to reason with.

The insurance industry is struggling somewhat due to the ongoing low interest rate environment, but simply stating that the low interest rate environment leaves a hole in carriers’ finances that policy owners are forced to fill is too easy a cop out. Executives of carriers that are proven to have actually raised rates to cover unassociated financial shenanigans deserve their own special level in Dante’s underworld, but insurers who decrease crediting rates (which increase required payments) reflective of market conditions are, in fact, doing what they’re supposed to do. Anything less would be as reasonable as a money manager crediting a client with 10 percent when the market is actually down for the year. Many people are losing their policies. This is true. Even some wealthier people can’t come up with the money for the dramatic increases required to keep their policies in force (or deem it an unworthy use of money). As with all things related to the time value of money related, the longer the period to realization, the steeper the bill to get back on tract. If your client realizes he’s dramatically off course regarding his retirement funding when he’s 60, there’s not a lot he can do about it now. He’s going to work a lot longer and/or reduce his standard of living. But you can help your client manage surprises if you understand, pay attention and take timely and appropriate actions.

The New York Times article is replete with photos of forlorn seniors gazing off into space or with eyes downcast to the floor, and I truly feel bad for them. I’ve met with innumerable people who simply had no idea. But pitting the merciless corporation and greedy executives against the vulnerable consumer isn’t going to do a damn bit of good. Even with carriers who are increasing internal charges, policy “premiums” were increasing long ago, completely independent of any shenanigans, and policy owners simply weren’t writing checks to keep pace. God knows the carriers aren’t blameless, and I’m hired to go after them when they’re screwing people but don’t go after the company that built your car if you didn’t put gas in it.

If a policy was managed appropriately from the beginning, the “premiums” would have already increased substantively, the cash values would be correspondingly higher, the mortality cost exposure would be meaningfully mitigated and any additional increases for policy charges would be a small fraction of what they’re experiencing now and may be entirely manageable. If your client funded his retirement plan assuming 10 percent over the years of his working life and ended up experiencing a return hundreds of basis points lower, the increased contributions now required to fund his retirement would dwarf any increase due if his money manager increased his fees today.

There’s one thing I can’t be sure of regarding this piece. I don’t know if the authors actually understand the big picture and are choosing to somewhat misrepresent facts for the purposes of sensationalizing the piece or if they’re writing about something they don’t fully understand. Either way, it isn’t entirely fair. To be sure, there’s justifiable blame, but it absolutely needs to be spread around to a lot more parties, including the agents and the policy owners themselves.