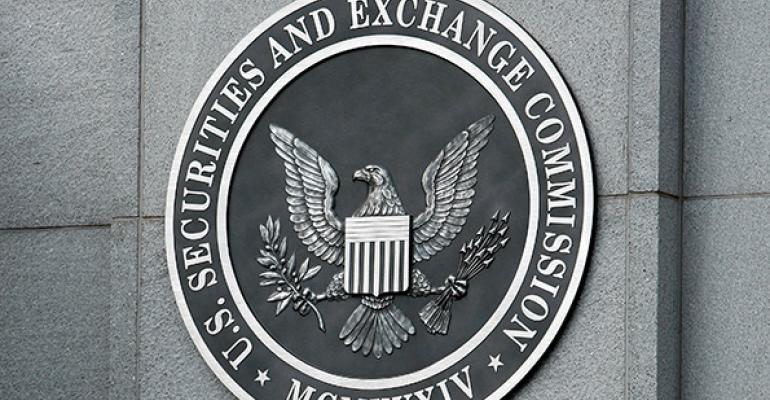 (Bloomberg View) -- There are a lot of creative and amusing investment frauds in the world, but there is one great simple investment fraud, one original source from which all the others developed:

Tell people that you have a risk-free investment that will give them their money back, with 15 percent interest, any time they want. Take their money.

Why don't people do this all the time? Well, I mean, they do. It's a pretty popular fraud. But it is usually a fairly small-scale and labor-intensive fraud, because most investors who are at all sophisticated realize that the risk-free 15 percent return is itself a red flag. Real investments are risky or uncertain or at least illiquid; the proper response to a guaranteed liquid 15 percent return is "what's the catch?"

So the charges that the Securities and Exchange Commission and federal prosecutors brought today against Andrew Caspersen are surprising in that Caspersen allegedly used exactly that pitch to take $25 million from a single hedge fund,  which is a level of size and sophistication where you wouldn't expect people to fall for it. But here's what Caspersen's investor allegedly bought:

The November Note stated, in part, that: (i) the SPV would pay the Foundation the principal sum of $25 million "in immediately available funds" together with interest on the unpaid principal; (ii) interest on the outstanding unpaid balance shall accrue at an annual rate of 15%; (iii) interest shall be paid quarterly; (iv) upon 90 days' notice to the SPV, the Foundation may redeem the principal sum of $25 million; (v) the SPV "shall maintain cash or cash equivalents in an amount equal to or greater than" the total of the outstanding principal and accrued but unpaid interest.

So the investor -- a charitable foundation affiliated with "a multi-national hedge fund, headquartered in New York" -- was expecting a 15 percent annual return on an investment with 90-day liquidity fully collateralized by cash. That promise is itself pretty suspicious, and Caspersen's alleged explanation of why this too-good-to-be-true opportunity was available was even weirder: Supposedly Coller Capital, a firm that buys secondary stakes in private-equity funds, had agreed to take out a loan to buy a secondary stake in a private-equity fund run by Irving Place Capital, but turned out not to need the loan, but "was obligated to pay interest" anyway because it "had already agreed to the Loan," so Caspersen was raising money to lend to Coller to just park it and pay 15 percent interest.  That ... doesn't really happen?

Any sophisticated investor might suspect that something was amiss, except that Caspersen himself was impeccably credentialed to pull it off. Caspersen was a managing director in the Park Hill Group, a unit of PJT Partners (and formerly of Blackstone) that really was in the business of marketing and funding secondary transactions in private-equity stakes. Irving Place investors really were selling stakes in their fund, and Coller really was reported to be a buyer. Caspersen allegedly told the investor that his own family office was investing in the loan, and the Caspersen family office really did at one point manage $1 billion. The loan was -- according to the complaint -- fictitious, and Park Hill, Coller and Irving Place all had nothing to do with what Caspersen was selling. But, besides the silliness of the investment opportunity itself, the other details had the ring of truth.

I mean, not all the other details. After Caspersen hooked the foundation for $25 million, he tried for another score, and earlier this month he allegedly asked the foundation for another $20 million. Again the pitch was pretty ridiculous -- another (fictitious) investor had redeemed out of the magical 15 percent notes, but Caspersen "had convinced Firm-1 [i.e. Coller ] to re-issue the other investor's promissory note to new investors." That is, Coller had taken out a loan at 15 percent interest, realized that it didn't need the money, paid back part of the loan -- and then Caspersen convinced Coller to take out another loan that it didn't need? Come on.

The investor was, I guess, suspicious at this point, and told Caspersen that he wanted to speak to "Individual-3," supposedly a Coller employee who had signed the documents for the first loan:

In response, CASPERSEN sent an email to Individual-1 [the hedge-fund employee who had invested the $25 million] and to an email address containing both the name of Individual-3 [the supposed Coller employee] and the name of Firm-1 [Coller Capital] (the "Email Address"), to set up a conference call for later that day.

You can probably guess where the Justice Department is going with this:

Coller's actual domain name is collercapital.com. I hope the fake e-mail address was, like, [email protected] On learning it was fake, the investor called Caspersen, who I have to say handled it with aplomb: He "responded that he found the information 'strange,' and that CASPERSEN would get to the bottom of it and call Individual-1 back." And then, instead of running to the airport like I would have, he really did call the investor back:

CASPERSEN further stated that an analyst at Firm-2 [Park Hill] had provided CASPERSEN with contact information for Individual-3, and that things "don't look very good" for a colleague of CASPERSEN's.

That is some smooth deflection of blame. It didn't especially work: That was like three weeks ago, and Caspersen was arrested this past weekend, which is probably some sort of speed record for something like this unraveling. Caspersen had also allegedly tried to raise $50 million from another investor, but that investor more or less uttered the magic words ("legal due diligence"), and Caspersen vanished. This scheme was too silly to survive even the mention of due diligence.

The saddest part may be what Caspersen did with the money. A total of $27.5 million went into the SPV's bank account -- $25 million from the investor, and $2.5 million from, presumably, Caspersen himself.  Of that, $8.1 million allegedly went to a Park Hill bank account "to cover up an earlier unauthorized wire transfer of the same amount CASPERSEN had caused to be made to a bank account he controlled" rather than to the Park Hill bank account. The criminal complaint just sort of leaves that there. Caspersen ... apparently embezzled $8.1 million from Park Hill? Allegedly? Or, like, quasi-allegedly? Hintedly? And then paid back Park Hill before anyone noticed, by taking funds from a client? Best not to ask.

Obviously if I managed to get clients to wire $25 million to my personal account, I would not sit around gambling on S&P 500 options; I'd be on the next plane to a non-extradition country with good beaches.  But Caspersen -- whose father was "immensely wealthy" and died in a somewhat mystifying suicide in 2009, leaving his sons with encumbered trust funds -- presumably was not doing all of this just to fund a long vacation away from the U.S. justice system. It is pretty hard to know why he was doing it, really. (Caspersen's attorney declined Bloomberg News' request for comment on the charges.)

That's the thing about pulling off this sort of thing on a large scale. Sure, you can go around the country raising $10,000 at a time from unsophisticated retirees by promising them high risk-free returns and then stealing the money. But that is risky and exhausting. And to do this trade in size, $25 million at a time, just offering a fake 15 percent return isn't enough. You need to be convincing. You have to go to Princeton and Harvard Law School, you have to work for a decade at a fund that invests in secondary private-equity stakes, and then you need to work at another firm that advises and finances the trading of those stakes. You need to master the terminology and documentation, so that you can create and negotiate realistic-looking contracts for realistic-looking deals. You need to keep up with the market, so you know what legitimate deals are happening that you can pretend to be associated with. It helps to have many millions of dollars of your own wealth, so you can persuade potential investors that you'll be investing right alongside them. The bar for plausibility is high -- and once you are qualified to pull off a scam like this, what's the point of actually doing it?