/sites/all/themes/penton_subtheme_wealthmanagement/images/logos/footer.png
Recent
Recent
Oranj’s Closure Is a Wakeup call for Advisortech
Nov 23, 2020
Accounts Double at JPMorgan Robo Advisor You Invest
Nov 23, 2020
Women in Finance Must Ask for Promotion, Unlike Men: Survey
Nov 23, 2020
Fund Managers Hate Working From Home as Much as the Rest of Us
Nov 23, 2020
Vestwell Could Be Facilitating OregonSaves Program in 2021
Nov 20, 2020
Featured
Poll: 15 Classic Books on Investing and the Markets
Apr 03, 2020
Fifteen Must-Listen Business Podcasts for Advisors
Aug 14, 2020
FICO Updates and Their Impact on Credit Scores
May 06, 2020
The Top Colleges for Financial Planning
Oct 03, 2019 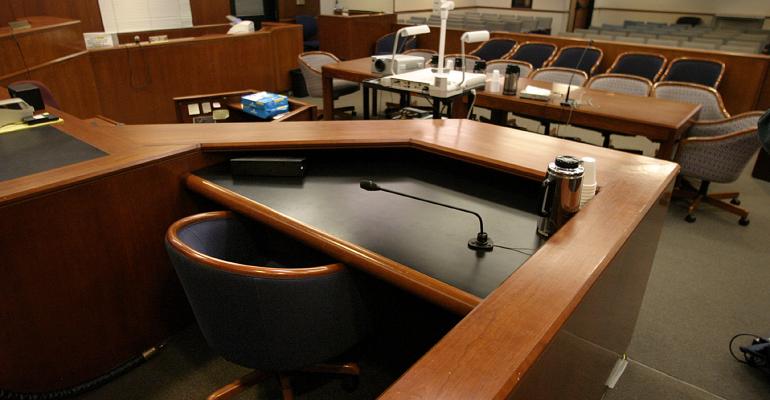 PIABA Slams Nine Brokerages, But Is Their Report Sound?

In a report published Wednesday, the Public Investors Arbitration Bar Association claims nine major brokerages' advertisements and marketing material often carry the implication that they put the investors’ interests first, but when it comes to arbitrating conflicts between the firms and disgruntled clients, they routinely claim in their defense that their brokers operate under no fiduciary duty. Broker advocates say the organization’s arguments are flawed.

For one, a broker is not guaranteed to win an arbitration finding simply because they don't operate under a fiduciary standard, says securities attorney Patrick Mahoney.

“Unlike what the report suggests, in practice, the absence of a formal, codified fiduciary duty does not cause investors to lose otherwise meritorious FINRA arbitrations,” he said. “If the lack of fiduciary duty argument that broker-dealers routinely posit (typically as a formality) had substantial credibility amongst arbitrators, you would see far fewer cases where investors recover anything.”

Brokerage firms use the defense that they were not acting as a fiduciary when applicable, but that does not mean a broker can be negligent, or churn, or make unsuitable investment recommendations, said Richard Roth of the Roth Law Firm, which are the common complaints leading firms to arbitration in the first place.

“No arbitrator is going to rule in favor of anybody based on an ad—it’s all about the relationship between the broker and the client,” Roth adds.

Kevin Carroll, associate general counsel for Securities Industry and Financial Markets Association, doesn't see a conflict at play between firms supporting the adoption of a fiduciary standard and operating under the current legal reality. “It’s curious why PIABA would see something nefarious in how brokers defend themselves in arbitration,” he said.

“While brokerage firms advertise as though they are trusted guardians of their client’s best interests, they arbitrate any resulting disputes as though they are used car salesmen,” Joe Peiffer, a New Orleans-based arbitration attorney and president of PIABA said Wednesday.