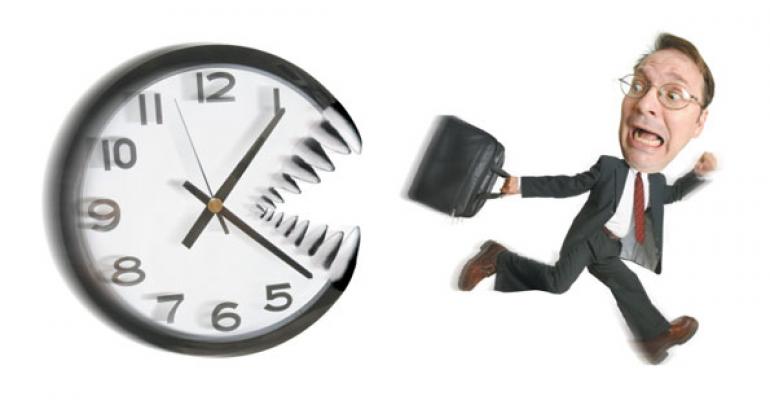 There are a whole lot of RIAs out there in registration limbo—about 1,150 to be exact, according to the Securities Exchange Commission.

There are a whole lot of RIAs out there in registration limbo—about 1,150 to be exact, according to the Securities Exchange Commission. Firms with assets under management between $25 million and $100 million, which used to fall under the SEC’s purview, had until June 28 to withdraw SEC registration and re-register with their home state and any others where they have significant business. What’s the hold up? It’s not clear.

“I don’t know why they’re late,” said Bob Webster, director of communications for National America Securities Administrators Assocation (NASAA). “People are people. They procrastinate, do things at the last minute. It can take anywhere from four to six weeks to get processed, longer if there are a lot of deficiencies on the registration forms. The advisor then has to correct the deficiency, notify the states the correction has been made. That’s why we were out there telling people, register early.”

One insider who preferred to speak off the record said the SEC has given stragglers a grace period of a couple of months before it begins the process of deregistering them itself. If an RIA were to find itself without federal or state registration, it would be in violation of securities laws. The SEC declined to comment on whether this grace period is, in fact, in effect. For now the SEC and NASAA are working together to ensure a smooth transition, the SEC said.

The registration switch was mandated under Dodd-Frank reform legislation, and the SEC’s rule release estimated that 3,200 RIAs would switch from SEC to state registration, based on Form ADV data. But only about 1,550 SEC-registered advisers had re-registered with state securities regulators by July 1.

“The approximate 500 difference may reflect advisers being eligible for SEC registration in more than one way,” said SEC spokesman John Nester. For example, some RIAs with under $100 million in AUM can remain registered if they are an advisor to a registered investment company. Other reasons, according to Nester: Adviser assets could have increased; some mid-sized advisers were not required to be registered with the states per specific state laws; and some advisers may have merged with other advisers or obtained the necessary assets to remain registered with the SEC.

This year, NASAA has enhanced its annual training for investment advisor examinations. “We have developed training on demand, a distance learning program where we can offer IA training to examiners on a 24-7 basis, make that available online,” said Webster. “We’ve developed some risk-analysis software to help the examiners quickly identify risks.”