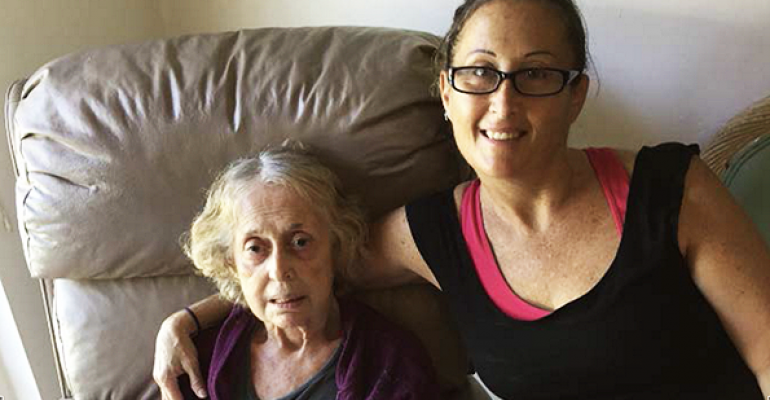 A FINRA arbitration panel recently awarded an 82-year-old Florida resident and her daughter treble damages, ruling LPL Financial and its broker failed to adequately explain the tax consequences on an investment.

In an award filed last week, an arbitrator awarded Marilyn Green and her daughter, Melissa, $52,062, well over the $9,000 in damages the two sought from LPL Financial. The arbitrator found the firm and the broker involved failed to provide suitable investment recommendations. The arbitrator also noted that because the case involved Marilyn Green, 82 and suffering from advanced dementia and depression, it qualified for treble damages for exploitation of an elderly individual under Florida law.

LPL said in a statement Monday that it was aware of the award and "respectfully disagrees" with the findings of the arbitration panel.

"We believe the advisor, who remains registered with LPL, acted in good faith to serve the best interests of his client in this matter," the firm said. "While we disagree with the award, we are sensitive to the very important issue of suitability for elderly investors, and we are complying fully with the decision."

The case stems from LPL advisor Samuel Izaguirre’s recommendation to Melissa, who serves as power of attorney for her mother, that she withdraw the proceeds from a maturing certificate of deposit. Melissa met the advisor through her bank, BankUnited, which contracted with Izaguirre and LPL to provide investment advice and brokerage services to its customers.

But according to the complaint, Izaguirre failed to explain to Melissa that the funds were held in her mother’s individual retirement account and withdrawing the proceeds would result in her mother having to pay $9,000 in taxes.

Acting on the recommendation she received from Izaguirre, Melissa cashed out the CD, worth about $30,000, in August 2014. According to the complaint, Melissa had never owned an investment before and had no idea, until she visited her local H&R Block office months later to prepare her mother’s tax filings, of the tax implications.

The $9,000 tax bill was equal to more than half of Melissa’s annual income and three months of care for Marilyn, according to the complaint. Once she was told of the taxes, Melissa contacted Izaguirre, who allegedly responded: “I can’t force people to invest” and provided no additional assistance.

“This particular broker gave short shrift for what was a nominal account for him and in a nutshell, didn’t explain implications and didn’t follow up with [the client] to fix the problem,” said Green’s attorney, Jon A. Jacobson of West Palm Beach-based Jacobson Law.

LPL argued in its answer to the complaint that the case was “meritless,” contending the CD held by Marilyn Green was not an investment and, even if it were, Izaguirre and LPL had nothing to do with the purchase or maintenance of it.

“This meritless claim is little more than an attempt by the claimants to have LPL pay their tax bill because they failed to act in a timely manner. … A tax bill that has no connection to an LPL account, where the funds relating to the transaction were never deposited or custodied by LPL,” the firm wrote.

The arbitration panel found that the Greens adequately proved they had an actual and implicit business relationship and position of trust with Izaguirre and LPL and that was breached when Izaguirre failed to fully inform them of the adverse tax consequences of closing the IRA CD and transferring the funds to a personal checking account.

Additionally, the arbitrator denied Izaguirre's request to have the incident expunged from his record. In addition to the case filed by the Greens, Izaguirre has a disclosure event related to a 2010 customer dispute involving an alleged misrepresentation of a mutual fund investment that was settled.

Jacobson said Tuesday that the award of damages, treble damages and attorney’s fees was more than he expected, adding the case must have struck a note with the arbitrator. “The client, Melissa, didn’t know anything; she was so over her head,” he added.

Updated 5:38 p.m. EST to include a statement from LPL Financial.