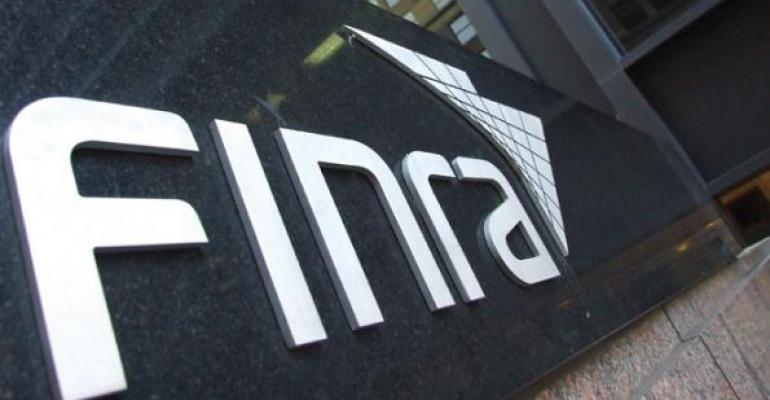 The Financial Industry Regulatory Authority ordered five more brokerages to pay a combined $18 million to clients who were wrongly sold more expensive classes of mutual funds over the past five years three months after levying the same charge at a handful of other firms, suggesting the practice of overcharging clients in some funds is widespread throughout the industry.

Edward Jones, Stifel Nicolaus, Janney Montgomery Scott, AXA advisors and Stephens Inc. failed to waive mutual fund sales charges for some clients' retirement accounts as well as some accounts held by charities, and will pay back a combined $18 million to those clients.

Because the firms self-reported the issue and cooperated with FINRA, the regulator did not issue additional sanctions against the firms. Tuesday’s actions are a result of FINRA’s increased scrutiny on fund fees as well as member firms own internal audits. In July, FINRA ordered LPL Financial, Wells Fargo Advisors and Raymond James to pay a combined $30 million in restitution for the same issues.

"These actions are further evidence of our commitment to pursue substantial restitution for adversely affected mutual fund investors who were not afforded the full benefit of available sales charge waivers,” Brad Bennett, FINRA's executive vice president and chief of enforcement, said in a statement Tuesday. He added that “cooperation credit” was granted to the firms that proactively identified and attempted to remedy the issue.

Some mutual funds agree to waive their upfront sales charges for Class A shares sold to charities or within retirement accounts. Class A shares generally have lower management fees than Class B or C shares, but charge a front-end sales load.

But the brokerage firms, in these cases, failed to apply the waivers. More than 25,000 eligible retirement accounts, as well as charitable organizations with accounts at the five firms sanctioned Tuesday, were effected, meaning they either unnecessarily paid sales charges when purchasing Class A shares or were led to purchase other share classes that had higher ongoing fees and expenses.

FINRA accused the firms of “unreasonably” attempting to rely on their financial advisors to appropriately identify and waive the charges for the accounts without providing them the necessary information.

The announcement follows last year’s enforcement action against Merrill Lynch. In June 2014, FINRA fined Merrill Lynch $8 million and required the firm to repay $89 million to investors for failing to waive mutual fund sales charges on Class A shares for the same type of accounts.

But while the firms sanctioned Tuesday and in July self-reported the issue, FINRA claims Merrill Lynch discovered the error in 2006 but failed to act on it, and did not tell its brokers or customers that certain retirement accounts were eligible for the waivers.

Bennett noted Tuesday that an estimated $55 million in restitution has been collected from firms so far and will be paid to more than 75,000 eligible investors.

Edward Jones said in a statement Tuesday it began to review its processes around granting mutual fund sales charge waivers on certain accounts in 2014, after FINRA settled with other firms.

“As a result of this review, Edward Jones is simplifying the mutual funds offerings for some firm-held retirement accounts to help ensure this problem doesn't occur in the future,” a spokesman for the firm said, adding the firm is working to quickly refund any overcharges.

A spokeswoman for Janney said Tuesday said the firm would, where applicable, to adjust internal policies and procedures as needed and to achieve greater transparency regarding mutual fund share classes for clients overall moving forward. "This effort was undertaken with our clients’ best interests in mind and in complete coordination with FINRA," she said.

AXA Advisors also responded with a statement on Tuesday. “At AXA, our customers come first and we strive to adhere to the best practices of our industry and to all applicable regulatory requirements. We have fully cooperated with the FINRA investigation into this industry-wide issue and are pleased to have reached a resolution with FINRA.”

Representatives for Stifel and Stephens did not immediately respond to requests for comment on Tuesday.