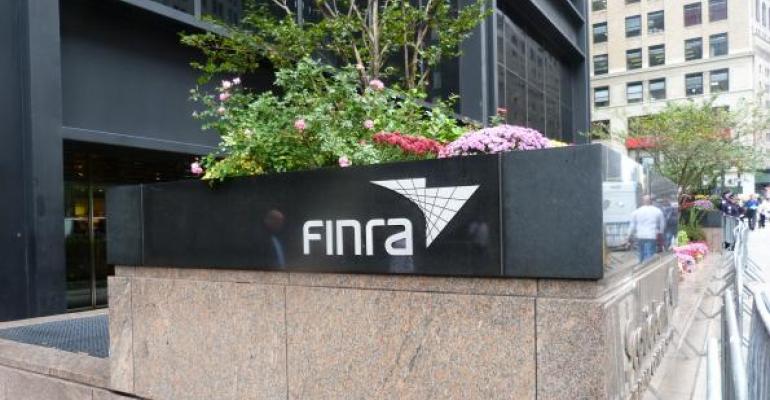 FINRA Moves Ahead with Restrictions on Industry Arbitrators

Asks SEC to approve new restrictions limiting those with ties to Wall Street to non-public arbitration roles, among other updates

FINRA asked the SEC on Wednesday to approve new rules curbing industry insiders’ ability to serve as public arbitrators. Under the new rule, anyone with direct ties to the financial services industry, no matter how old, will be barred from serving as a public arbitrator.

The rule is a reversal is a reversal of previous stipulations, in which the regulator allowed those who had previously been associated with the industry to serve as public arbitrators after a “cooling down” period of two to five years, depending on their role.

“Once FINRA classifies an arbitrator as non-public, FINRA would never reclassify the arbitrator as public. Under the proposed rule change, there would be no exceptions to this provision,” according to the updated definitions.

According to the regulator, the rule change stems from neutrality concerns raised by investor protection advocates, who argued former industry-affiliated individuals should not ever serve as public arbitrators.

But while the proposed rule change may reduce the number of industry professionals involved in arbitration cases, FINRA did update the definition of nonpublic arbitrators to include those associated with or registered through a mutual fund or hedge fund, or registered as an investment advisor.

Currently, those working for mutual funds, hedge funds and investment advisory firms are prohibited from serving as an arbitrator while still employed with their firms. After a two-year cooling off period, they would have been able to serve as public arbitrators.

Under the new rule, they will be allowed to serve as nonpublic arbitrators. “FINRA believes that these professionals would bring valuable knowledge and experience to the forum and that FINRA should classify them as nonpublic,” according to the proposal.

Wednesday’s proposal also updates the rules for lawyers, accountants and other professionals who spent more than 20 percent of their time working in the industry. Under the new guidelines, these individuals will be allowed to serve as public arbitrators after a five-year cooling off period has elapsed (increased from the previous two-year restriction), as long as they have not spent more than 15 years (rather than the previous 20-year timeline) working in the industry. If they have more than 15 years of experience, they will be permanently classified as a nonpublic arbitrator.

“FINRA is increasing the look-back period and decreasing the number of years before it applies a permanent disqualification, to ensure that these individuals are sufficiently removed from their industry affiliation before FINRA permits them to serve on the public arbitrator roster,” the proposal says.