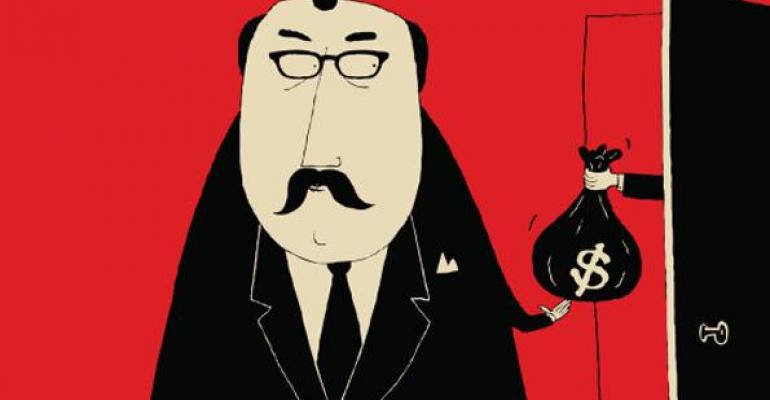 The Financial Industry Regulatory Authority has withdrawn its recruiting bonus disclosure proposal from the Securities Exchange Commission. The rule would have required brokers to disclose the financial incentives they receive when moving firms.

FINRA filed the withdrawal notice with the SEC on Friday. In a statement Monday, FINRA's spokesman George Smaragdis said the regulator's decision was due, in part, to the rigid timelines imposed by Dodd-Frank in which the SEC must act on a proposal. The proposal generated 184 comment letters and FINRA did not believe it could fully address the comments within those time frames.

"Although FINRA has withdrawn the proposed disclosures regarding broker transfers, FINRA continues to believe that recruitment disclosures remain an important investor protection issue and plans to develop a revised proposal and file it with the Commission later in the year," Smaragdis said in the statement.

FINRA’s proposal, initially filed with the SEC in March, would require advisors to disclose to clients when they receive more than $100,000 in compensation (including signing bonuses and other payments) to switch firms. They would have to disclose recruitment compensation in ranges—for example, from $100,000 to $500,000, or $500,000 to $1 million.

FINRA's decision to withdraw its proposed rule is a good sign for brokers, said Mindy Diamond, president and CEO of recruiting firm Diamond Consultants. “Just because someone got paid a signing package doesn’t mean they’re harming clients,” she said, noting there was no link between an advisor's recruitment compensation and investor protection from fraud.

Some within the industry feared the forced disclosure would make it harder to recruit advisors who don't want their clients to think they are changing firms purely for the money. But Diamond said many advisors saw the rule as a non-issue, although the rule would have required advisors to have challenging conversations with their clients.

The Financial Services Institute issued a statement Monday saying many of its members expressed concerns regarding FINRA’s recruitment compensation disclosure proposal, including a lack of transparent cost-benefit analysis.

"Should FINRA choose to re-propose the rule at a later date, we encourage them to conduct a thorough cost-benefit analysis of the rule, share the results with the industry and carefully assess the proposal’s impact on firms, financial advisors and investors,” FSI said in the statement.

The tighter timeline in which the SEC reviews rule proposals under Dodd-Frank is fairly new, says Robin Traxler, vice president of regulatory affairs for FSI, noting with 184 comment letters, it wasn’t surprising they didn’t have time. “Pulling it back to address the comment letter is encouraging,” she added.

Under Dodd-Frank, the SEC has 45 day to review proposed regulations. The agency can also ask a 45 day extension, which gives the SEC a total of 90 days in which to approve, disapprove or institute proceedings on whether to approve or disapprove of proposed rules.

“Requiring advisors to disclose the type of remuneration they may have earned in a negotiation to move their business from one firm to another (in a way 'selling' their book; not so differently than an entrepreneur, doctor or lawyer may do at any given time) is a terrible idea," Parish wrote. "I disagree with the premise that this adds some sort of new disclosure or transparency into the process and somehow benefits clients."