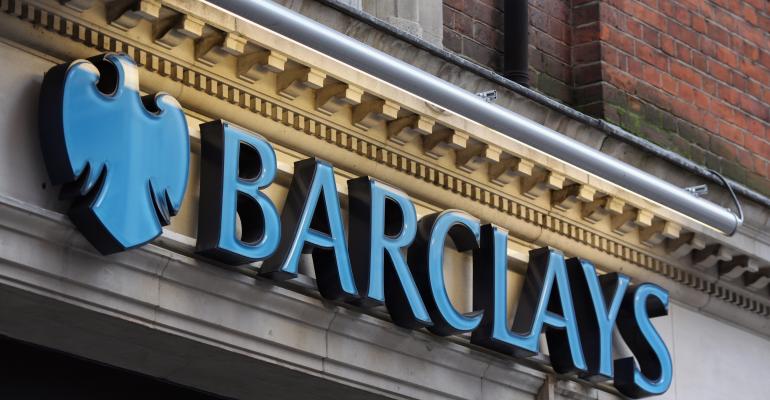 Barclays Racks Up $77M in Fines Over Compliance Issues

Regulators hit Barclays with $77 million in fines on Tuesday, claiming the British bank’s advisory business had systematic compliance failures that put its clients’ assets at risk.

In an agreement with the U.S. Securities Exchange Commission, Barclays agreed to pay $15 million to settle charges the firm failed to develop and maintain an adequate internal compliance system following its acquisition of Lehman Brothers advisory business.

The SEC’s investigation found Barclay’s allegedly failed to upgrade its compliance infrastructure after it acquired "stripped clean" portion of Lehman’s advisory business for $1.75 billion in 2008. These deficiencies led to other securities law violations.

According to the U.S. regulator, Barclays executed more than 1,500 principal transactions with its advisory client accounts without making the required written disclosures or obtaining client consent.  The firm also charged commissions and fees that were inconsistent with written disclosures and underreported its assets under management by $754 million in 2011.

These issues contributed to client overcharges and losses of approximately $472,000 and undeserved additional revenue for the firm of more than $3.1 million, according to the SEC. Barclays has since reimbursed or credited its affected clients approximately $3.8 million including interest.

“When a firm acquires an advisory business, it must devote the attention and resources necessary to build a robust compliance system,” said Julie M. Riewe, Co-Chief of the SEC Enforcement Division’s Asset Management Unit.  “Barclays failed to establish this critical compliance foundation when it acquired Lehman’s advisory business, and as a result subjected its clients to a host of improper practices and inadequate disclosures.”

In a statement emailed on Tuesday, Barclays says it has fully cooperated with the SEC throughout the examination. “The enforcement action announced today relates primarily to activity in our Wealth and Investment Management business in the Americas during the 2009-2011 timeframe,” the firm said, adding it has since strengthened its supervisory and control environment.

Barclays faced similar allegations from the FCA, which claimed Barclays failed to properly apply these rules governing client asset protection. The £38 million fine is highest one imposed by either the FCA or its predecessor the FSA for client asset breaches. In fact, the fine would have been as high as £53 million ($87 million), but Barclays agreed to cooperate with the regulator and settle at an early stage, qualifying for a 30 percent discount.

From November 2007 to January 2012, the firm had “significant weaknesses” in the systems and controls in Barclays’ Investment Banking Division, the FCA says. Additionally, the firm allegedly opened 95 custody accounts in 21 countries without adequate records reflecting which company within its Investment Banking Division was responsible for the assets in the accounts.

As a result, clients risked incurring extra costs, lengthy delays or losing their assets if Barclays had become insolvent, the FCA claimed.

“Barclays failed to apply the lessons from our previous enforcement actions, numerous industry-wide warnings, and exposed its clients to unnecessary risk. All firms should be clear after Lehman that there is no excuse for failing to safeguard client assets,” Tracey McDermott, FCA director of enforcement and financial crime, said in a statement.

In a separate statement issued by the firm, Barclays noted that with regards to the issues identified by the FCA, the firm did not profit from them and no customers lost out. “In this matter Barclays fell short of what is expected under the CASS Regulations. Barclays identified and self-reported to the FCA the issues giving rise to the FCA’s findings and we accept their conclusion,” a spokesperson for the firm said.