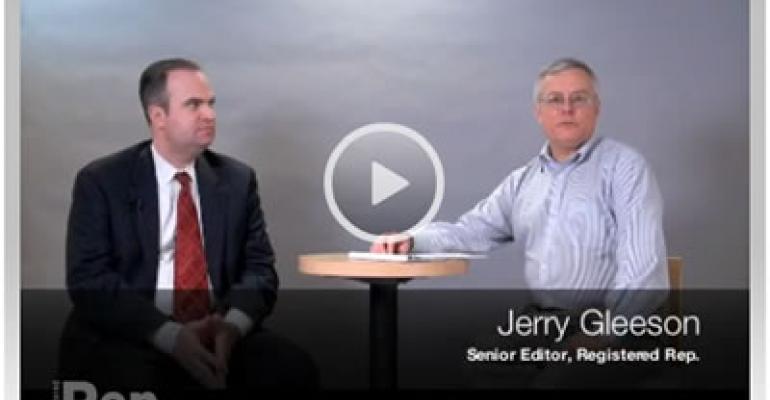 In a revolutionary step forward, Raymond James Financial and Commonwealth Financial are putting the &#8220;social&#8221; back into social media&#8212;they will begin allowing their advisors to interact with and engage in conversations with others on Facebook, Twitter, LinkedIn and blogs. At least one other independent b/d already allows its advisors to use social media on an interactive basis: Cambridge Investment Research. Last September, the firm began using Socialware to track and archive its advisors&#8217; posts, updates, comments and tweets on LinkedIn, Facebook and Twitter. About 10 percent of Cambridge&#8217;s 2,000 advisors are signed up for Socialware and the firm is working with these advisors to help them set up a social media presence, says Cambridge President Amy Webber.

In a revolutionary step forward, Raymond James Financial and Commonwealth Financial are putting the “social” back into social media—they will soon begin allowing their advisors to interact with and engage in conversations with others on Facebook, Twitter, LinkedIn and blogs. In other words, they will be able to post tweets, updates and comments in real-time that have not been pre-approved. Today, advisors at Commonwealth and Raymond James are only allowed to post “static” updates—all posts have to be pre-approved and commenting is turned off.

At least one other independent b/d already allows its advisors to use social media on an interactive basis: Cambridge Investment Research. Last September, the firm began using Socialware to track and archive its advisors’ posts, updates, comments and tweets on LinkedIn, Facebook and Twitter. About 10 percent of Cambridge’s 2,000 advisors are signed up for Socialware and the firm is working with these advisors to help them set up a social media presence, says Cambridge President Amy Webber.

But most of the other 50 or so independent b/ds that allow advisors to use social media at all permit only static updates. Industry executives and consultants predict that a number of independent b/ds will make the switch to interactive updates in the next couple of months.

“It’s an evolving process,” said Francois Cooke, a consultant in the broker/dealer division at ACA Compliance Group. “The first stage is to prohibit, and then firms go to the second stage, which is to allow limited use, with trials, a template and training. The third stage is when they start to allow more interactive use.”

The move from static to interactive use of social media marks a major shift. “The way regulations work is this is viewed as a live appearance because it is conversational and can’t be pre-approved,” said Commmonwealth Chief Marketing Officer Todd Estabrook. “I think it will allow them to do exactly what they do in live interactions with clients and prospects, which is to engage in conversations, or invite conversations, talking about the kinds of things they might talk about in a seminar about retirement income. It’s better than a letter because the recipient can actually ask a follow up question and have an answer back from the FA,” he said.

Until recently, the problem for firms was finding a way to track and archive these online conversations in order to comply with FINRA rules. Commonwealth announced late last month it had cut a deal with Erado, a software company that will do just that. FINRA issued social media guidance in early 2010 that says all broker/dealer member firms should have social media policies and procedures and have a system in place for tracking and archiving all social media communications, among other things. For RIA firms, the rules are less clear. Early this year, the SEC issued a sweep letter to a number of firms regarding their social media practices, but it has yet to issue specific rules on the subject.

Under the new Commonwealth program, its FAs will be able to comment, post, respond, like and retweet on facebook, twitter, linkedIn and company blogs. The firm will offer a how-to guide on establishing a social media presence as well as best practices ideas and compliance guidelines. “It demonstrates how important we think social media will be as part of an integrated marketing strategy,” said Estabrook. About 400-500 of the 1400 financial advisors at Commonwealth use social media today, but Estabrook expects that number to jump in June, when the firm starts to allow interactivity.

Raymond James CEO Dick Averitt announced Monday morning at the firm’s annual conference in Las Vegas that the firm is on the cusp of signing a contract with an outside vendor to retain and track all of its advisors online communications. He said the firm hopes to have a deal by the end of the month. “The deal will allow FAs to actively participate in conversations on these websites just as your 10-year-old does. At Raymond James we fully intend to participate in the technological advances that benefit you and your clients.”

Raymond James began allowing its FAs to post updates on Facebook, Youtube, LinkedIn and Twitter on a static basis last July, said Patrick Cuillo, a compliance officer with Raymond James. “In the interim, we’ve been looking at internal resources as well as vendors to see if they would be able to provide us with that interactive component,” said Cuillo. “We’ve talked with our FAs who have been the most active users to find out what features they would need to grow their practices and interact with clients.”

Erado CEO Craig Brauff, who could not be reached for confirmation, has reportedly said that there will be a number of similar announcements in the next month and a half involving around 25 of the top independent broker/dealers. LPL Financial, SagePoint and First Allied were contacted about whether they planned to make similar moves, but were not available to comment.

One reason Commonwealth chose Erado is because it allows the firm to capture activity from a single-user login, instead of an entire machine, so that if a financial advisor shares a computer with other family members at home, their privacy is not disturbed.

“So if I am an advisor working at home in the den at the house, and I want to tweet about something and update my Facebook page with a thought, I can do that because I will have appropriately signed up, and my kids’ postings will not be tracked,” said Estabrook.

Commonwealth also offers its advisors best practices guidelines for what an advisor should and should not say online, as well as a moderated forum, where advisors can exchange ideas with each other and get in touch with experts in IT and marketing in the home office. One best practice, he says, is that social media needs to be a full time thing. ‘If you are going to engage in social media, you can’t just post and then go away and forget about it. You have to make it part of ongoing business activity, assigning this to someone in the office, putting that on a regular schedule. In addition, it offers pre-approved status updates and tweets as a supplement to whatever advisors offer on their own. “If you have writers block you’re welcome to use the pre-approved ones to start you off,” said Estabrook. Advisors have given the firm a lot of positive feedback, Estabrook said.

Of course, he expects social media regulations and tools to evolve over time. “This is it as we understand FINRA regulations to be now but that’s always changing as FINRA responds to what is happening in the marketplace,” he said. “But we are following all of that and we are working to keep them safe in this space. I think it’s going to keep evolving and our regulators will react accordingly.”

With reporting by Jerry Gleeson from the Raymond James Financial Services national conference in Las Vegas.