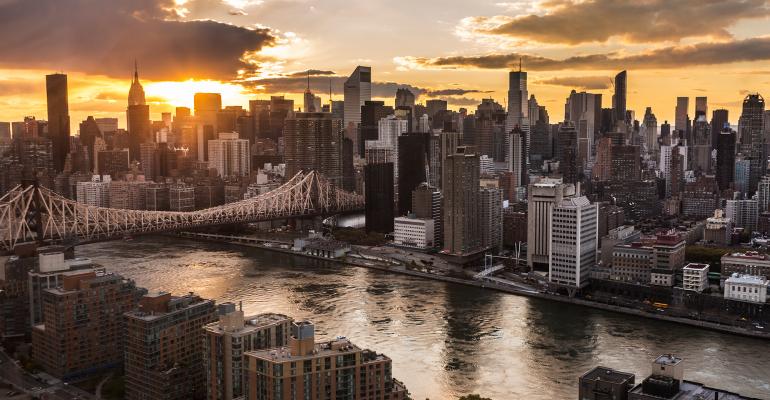 Without a new stimulus package, the city’s economic and financial challenges are not likely to be ameliorated, according to S&P.

The negative outlook means New York has a one-in-three chance that its AA rating, the third-highest investment grade, will be lowered within two years, S&P said in a report on Tuesday. The virus uptick may lead to a targeted or widespread economic shutdown, dealing a blow to the city’s already weakened finances. The city’s seven-day positivity rate hit 4.98% Monday.

Although New York City largely kept the virus controlled since June and transmission rates remain below those of other regions in the U.S., a recent surge “could lead to additional restrictions on non-essential businesses if the positivity rate and hospitalization statistics worsen,” S&P said.

New York City is facing a $3.8 billion budget deficit in the next fiscal year and private employment is still 14% below pre-pandemic levels. In November, the amount of office space available for rent in Manhattan hit the highest level since 2003. Moody’s Investors Service cut the city’s rating by one notch to Aa2 in October.

Next week, the city plans to sell $1.5 billion of taxable general-obligation bonds to refinance debt.

Overall, city tax revenue has declined 3.5% in the first four months of the fiscal year, compared to the same period last year, according to Stringer.

Job losses have been particularly acute in industries like hospitality, where employment declined by more than 300,000 between February and October, according to the comptroller. New York Governor Andrew Cuomo said Monday that it’s probable indoor dining will shut down as soon as next Monday.

“Absent a significant new stimulus package supporting hourly workers and small businesses, transit authorities, and state governments,” S&P said, “we think the city’s economic and financial challenges are unlikely to ameliorate in the near term underpinning our negative outlook.”