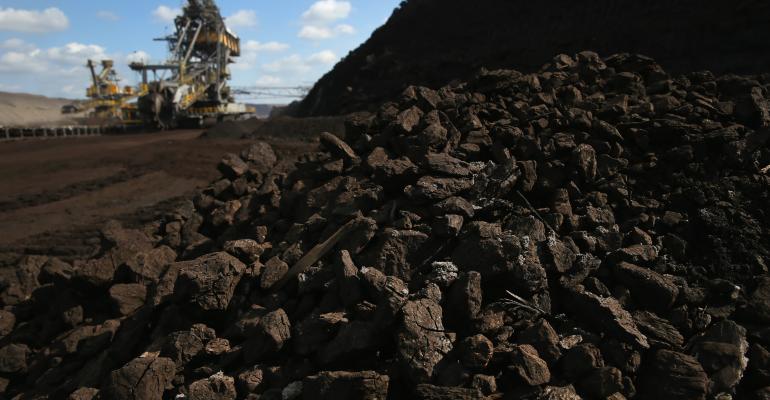 The exclusions are based on new criteria introduced by the government in February, impacting companies that rely on coal for at least 30 percent of their activities or revenues.

(Bloomberg) -- Norway’s $870 billion sovereign wealth fund expanded the list of miners and power producers excluded from its portfolio as it continues to cull its investments of coal-related businesses.

After an initial exclusion of 44 companies, 15 more have now been banned, including U.S.-based Alliant Energy Corp. and Westar Energy Inc., Malaysia’s Tenaga Nasional Bhd and Canada’s Emera Inc., according to a statement from Norges Bank Investment Management. The exclusions are based on new criteria introduced by the government in February, impacting companies that rely on coal for at least 30 percent of their activities or revenues.

The fund also excluded 30 subsidiaries, on top of eight that were taken out in April, it said. It placed 11 companies, including Endesa SA and The Southern Co., under observation for possible exclusion.

“Further exclusions will follow in 2017,” NBIM said in the statement. The fund always sells its holdings before making the exclusions public.

The market value of the investments in the 15 companies and 30 subsidiaries named Wednesday represents about 7 billion kroner ($807 million), NBIM spokesman Thomas Sevang said by e-mail. He declined to comment on when the securities were sold.

Norges Bank has estimated that the ban on coal investments, which was pushed through by parliament in 2015 against the initial reluctance of Norway’s minority Conservative-led government, would force divestments of about 55 billion kroner in 120 companies. The ban will likely be widened in the future, including more coal companies and also those involved in other fossil fuels such as oil sands, lawmakers from opposition parties representing a majority in Norway’s parliament have said.

The second round of exclusions are another step in the right direction, particularly when it comes to subsidiaries, said Torstein Tvedt Solberg of Labor, the biggest opposition group and Norway’s largest party.

“It’s very important to stress that we’re not done,” he said in a phone interview. “The overall goal is to get the fund out of coal.”

The central bank said in a letter to the Finance Ministry last year that most of the companies will have been evaluated by the end of 2016, and that some could remain in the investment portfolio while the fund continued a dialog on their future use of coal.

Norway’s fund, the world’s largest of its kind, is one of the biggest investors to restrict coal-related holdings as managers from Allianz SE to the Church of England seek to reduce their carbon footprint amid escalating international efforts to limit global warming.