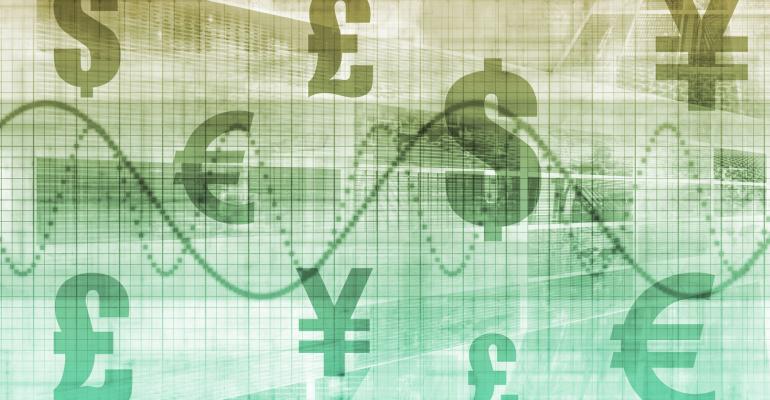 Barring a disruption from growing coronavirus concerns, low interest rates could pave the way for foreign buyers in 2020

International real estate investors that moved to the sidelines early in 2019 due to high hedging costs returned later in the year with plenty of dry powder and a healthy appetite for U.S. assets. That shift was shaping up to provide a boost to cross-border capital flows in 2020 following a sluggish year of foreign investment sales. Although now concerns of a global coronavirus pandemic have shaken financial markets, triggered a stock selloff and sparked renewed fears of a potential recession.

Hedging costs that impacted some investment groups by as much as 300 basis points have dropped back significantly since mid-2019 thanks to Fed rate cuts. “That provides a very sound foundation for strong and increasing international investment into the U.S. through 2020,” says Alex Foshay, vice chairman and divisional head of International Capital Markets at Newmark Knight Frank. For example, Foshay was in Korea in early January speaking with various institutional investors who now say they plan to focus on equity core investment in the U.S. over the next 12 months. “A lot of the investment that we would have had in the U.S. last year was actually being allocated to Europe where there was a hedging premium for Korean investors,” he says.

The decline in rates has helped clear a path for what remains a tremendous amount of foreign capital interested in acquiring U.S. real estate. Global institutions are allocating north of 10 percent to real estate investments, while foreign-based high net worth individuals also are looking to diversify investment portfolios with U.S. real estate, notes Maggie Coleman, co-head of International Capital, Americas at JLL. “When we are talking with investors overseas around their strategies for deploying capital into the U.S., there is a consistent level of appetite and broadening interest across sectors,” she adds.

Hedging costs did weigh on the overall volume of cross-border sales last year, but not nearly as dramatically as the data suggests. According to Real Capital Analytics, the $48.7 billion in sales that occurred in 2019 were nearly half the $94.9 billion generated the previous year. Taking entity-level transactions out of the mix shows a more modest 9.7 percent decline year-over-year. CBRE's figures show simlar trends, with inbound capital to the U.S. dropping 54 percent in 2019, “largely due to a sharp decrease in entity-level sales that tend to be highly volatile from year to year.” This drop in volume led to the amount of capital that U.S. investors deployed in foreign real estate markets exceeding inbound capital by nearly $18 billion in 2019.

Continued appetite for US real estate

Fears about a trade war and potential recession risk also created a bit of a headwind for some foreign investors last year. However, most recognize that there is still great value and great potential for yield in the U.S., says Ariel Bentata, a founding and managing partner, Investments at Accesso, an investment manager and operator focused on multifamily and office assets in non-gateway U.S. markets. “From our perspective, interest from foreign investors remains pretty significant because the U.S. is still perceived to be one of the few safe havens for investment,” says Bentata. The firm works with institutional and HNWI investors from Latin America, Europe and Israel.

Although Chinese buyers have been noticeably quiet following restrictions by the Chinese government that have curtailed investment capital flowing out of mainland China, other players from regions around the globe remain firmly at the table. “We are seeing a robust increase in demand for U.S. commercial real estate from Middle Eastern, European and in Asia Pacific, specifically Korean, Hong Kong and Japanese investors, which we think will drive significant increased AUM allocation to the U.S.,” says Foshay. Negative interest rates on fixed income products in Europe is driving institutional capital to seek yield elsewhere, and the U.S. provides attractive risk-adjusted returns relative to other gateway markets around the globe.

There continues to be tremendous volume of capital coming from Canadian pension funds. In addition, there has been an uptick in activity from Singaporean REITs, as well as private investors out of Singapore, notes Coleman. “Japanese investors also have been in the U.S. for quite some time, and we continue to see signs of increased activity out of large Japanese pensions and other Japanese institutions,” she adds.

Groups from Mexico and Chile have become more active in buying U.S. real estate due to perceived risks of investing in their home countries, adds Bentata. Some Brazilians are a little more optimistic about investment opportunities under new government power that is more pro-business and investment. However, that doesn’t necessarily mean they are pulling back from investing in the U.S., he says.

Foreign investors also could show up more on the sell side as they take advantage of attractive pricing to realize gains and reposition holdings. It’s a common misperception that overseas owners have an infinite hold period and are not inclined to sell. They are much the same as U.S. investors in that they are always reviewing ownership positions and performance, notes Foshay. For example, Korean investments typically place 5-year debt on assets and consider a sale as the expiration of the financing is approaching.

In December, Newmark Knight Frank represented South Korean Mirae Asset Global Investments in the sale of Amazon at Apollo in Seattle. The 317,804-sq.-ft. office building, which was built for Amazon in 2015, reportedly sold for $270 million.

Common themes ahead for 2020

Gateway markets continue to be a major focus for cross-border investors, as well as demand for assets located in high-growth “smile states” across the southeast. At the same time, the search for yield will continue to pique interest in secondary markets. “Like many of our domestic investors, there is an appetite for yield with international capital,” says Coleman. “So, we have seen investors pursuing value-add and core-plus strategies in addition to core gateway asset profiles that were prevalent in the previous cycle.”

Investors are targeting markets that have strong labor pools, liquidity and stability. There also is growing interest in innovation centers, because of strong labor trends, growing technology, universities and economic diversification, adds Coleman.

Investors are more comfortable moving into secondary markets in part because they are more comfortable with the growth and momentum within some of those secondary markets, agrees Bentata. Accesso is currently focused on buying opportunities in markets that include Austin, Charlotte, Raleigh, Dallas and Atlanta. Some of the institutional foreign investors that have traditionally only invested in cities such as New York, San Francisco, Boston and L.A. are now starting to do deals in non-gateway markets as they recognize that those cities have great economic drivers, are very liquid and have cap rates that are at least 200 basis points higher than gateway markets, he says.

Foreign investors are conscious of potential political changes ahead with the upcoming U.S. presidential election. A major political shift could result in some short-term hesitancy, but for the most part, it will likely be business as usual for much of the year, says Bentata. “Most international investors recognize that the U.S. is a very stable country and a positive environment for investment, despite who may win the election,” he says.