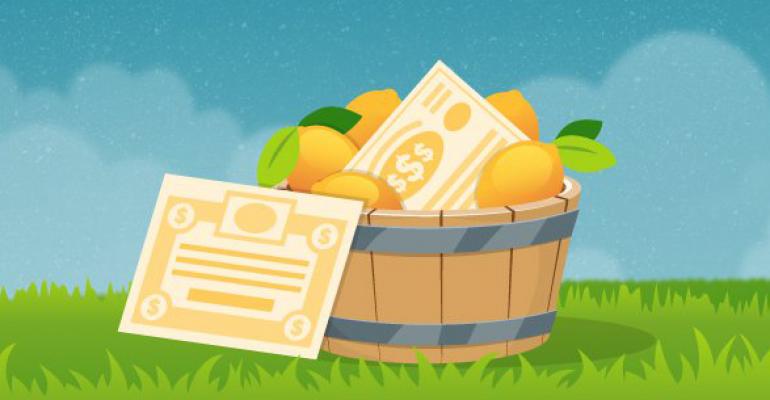 When the Bond Market Gives You Lemons, Make a Ladder

A rules-based strategy and a move into BB-rated corporate bonds may benefit fixed income investors who are wary of the current yield environment.

As pandemic concerns escalated and Treasury yields fell toward historic lows last year, we published a blog post addressing the low yield environment and the benefits of allocating to a laddered corporate bond portfolio. We continue to advise investors to take a long-term perspective and look beyond the recent spike in interest rates. However, we thought it would be timely to focus again on corporate bond valuations, given increasing comparisons to when credit spreads widened during the 2013 taper tantrum.

While a further jump in interest rates may temporarily cause credit spreads to widen, economic expansions following recessions tend to be favorable for corporate bond investors, since they’re characterized by a prolonged period of improved credit fundamentals. A partial allocation to BB-rated bonds may now be appropriate for some traditional investment-grade investors based on the sector’s relative value and a favorable economic outlook. Let’s take a look at the reasons why.

Why are corporate bond investors concerned about current market conditions?

The additional yield on a corporate bond over that of a similar Treasury note is referred to as its credit spread, which represents the extra yield required to compensate investors for the risk of downgrade and default. Spreads fluctuate with the economic cycle, and current historically tight levels reflect a generally favorable credit outlook. Companies have used the low rate environment to improve their credit profiles by issuing new debt, building cash on their balance sheets, and refinancing older higher-coupon issues.

The major factor creating concern for some investors this year is that credit spreads are just above their postcrisis lows. Some market observers have drawn comparisons between the year-to-date move in Treasury yields and that witnessed during the 2013 taper tantrum, which occurred when Fed chair Ben Bernanke unexpectedly suggested the Fed might begin tapering its bond purchases. One unusual aspect of the taper tantrum was the widening in credit spreads, which typically narrow as rates rise, reflecting an improvement in economic conditions and credit fundamentals. Spreads actually widened during the taper tantrum as investor demand weakened in the wake of negative bond returns. But the widening was short-lived, and spreads had returned to their pre-taper tantrum levels by the time rates had peaked.

It’s important to remember that the fundamental backdrop is far more supportive now than it was during the 2013 taper tantrum. 10-year Treasury rates rose by more than 140 basis points (bps) in the four months following Bernanke’s remarks. The swift pace and magnitude of the current move is similar at about 120 bps, but whereas the Fed was actively considering ways to reduce quantitative easing in 2013, the current Fed has continued to reiterate its commitment to the purchase program and its reluctance to raise rates. Furthermore, investors taking a longer-term view have historically been more than adequately compensated for taking on credit risk: The ICE BofA 1–10 Year US Corporate Index (Corporate Index) has outperformed similar-duration Treasury notes by 0.9% on an annual basis since December 1996—the first time the index provided excess return data—and the ICE BofA 1–10 Year BB US High Yield Index has performed even better over the same period, with an excess return over Treasury notes of 2.2%.

Source: Bloomberg, 3/31/21. For illustrative purposes only. Not a recommendation to buy or sell any security.

Falling Treasury yields were the primary contributor to last year’s strong returns in the investment-grade bond market. The 10-year Treasury yield reached a record low of 0.51% in early August. As the economy recovered from the initial impact of the pandemic, rates slowly rose before ultimately closing the year at 0.91%, a modest 40 bps increase over a nearly five-month period. With the Federal Reserve on hold, rates were broadly expected to continue their gradual move higher entering 2021. Rapid declines in COVID-19 infection rates, rising vaccination availability, and the promise of another extremely large stimulus package brought economic overheating and inflation into the conversation by late March. Rates quickly rose an additional 80 bps against this backdrop. The pace of the rise and the negative bond returns associated with the move surprised already nervous investors.

Due to the steady move higher in Treasury yields, 2021 is the first time in its 38-year history that the Corporate Index has posted a negative return in each of the first three months of the year. Investors shouldn’t be concerned by this milestone, since first-quarter performance isn’t a good predictor of future returns. The index has posted first-quarter losses eight times since 1984—the first quarter when data for the first three months became available—but it has registered a negative return for a calendar year only three times, each of which was followed by a return above 10% the following year.

For investors concerned about increased market volatility, allocating to a rules-based ladder strategy may provide both predictable income and capital preservation. As an equal percentage of a ladder matures each year, the proceeds are invested in the longest maturity rung, which typically has higher coupons. As a result the distribution on a ladder usually trends higher over time and increases even faster if rates were to rise. A ladder therefore generates consistent cash flow with an upward bias—an attractive attribute for investor wanting to keep pace with inflation.  Investors can explore the impact that interest rate changes would have on various ladder structures using the Parametric Laddered Interest Rate Scenario Tool.

Given encouraging economic data, allocating to BB-rated bonds may prove an attractive way to enhance a ladder’s yield due to their relative value versus BBB-rated securities. While the spread on BBB-rated bonds has almost fully recovered to its postcrisis tightest levels, BB-rated spreads are hovering well off their lows. This 150-bps spread differential remains wide by historical standards, leaving BB spreads with significantly more tightening potential as the economic recovery progresses and rates move higher. Due to the number of large fallen angels last year, the BB sector has grown and become even more liquid, and its par value now well exceeds the size of the AA sector.

Source: ICE, 3/31/21. For illustrative purposes only. Not a recommendation to buy or sell any security.

In our view corporate bonds continue to offer attractive value despite rising rates and media speculation around the level of credit spreads. While spreads may temporarily remain volatile until interest rates normalize, they currently offer more than sufficient compensation to cover downgrade and default risk. After last year’s downgrade storm, we believe the market is entering a recovery phase where upgrades predominate. For more risk-tolerant ladder investors, a carefully thought-out allocation to BB-rated bonds may provide an important cushion against higher rates and an increase in portfolio yield.