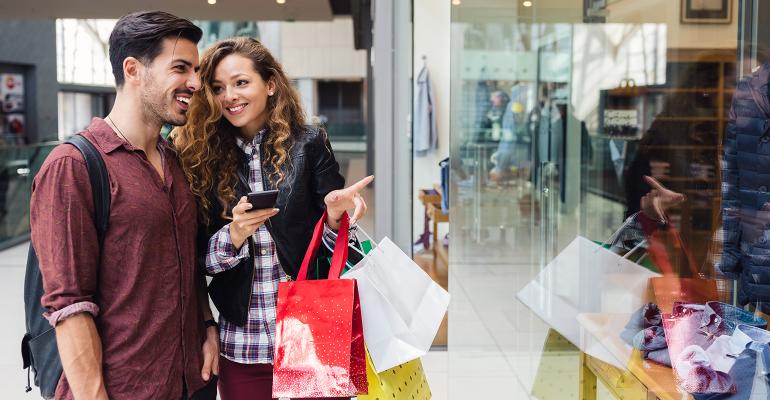 What Advisors Should Know About Gender Differences

Understanding differences in communication between genders can strengthen your practice.

“I would love to have a practice filled entirely with female clients,” said Lance Harshbarger, a CERTIFIED FINANCIAL PLANNER™ professional and president of a financial planning office in Overland Park, Kansas.

Some of Harshbarger’s comfort with women undoubtedly stems from growing up surrounded by sisters and all of his children being daughters. But he also cites common distinctions he enjoys among his female clients.

“As a general rule,” he said, “relationships are highly important to the women I work with. Once they like and trust me, understand the plan we create and are convinced I have their best interests at heart, they tend to be patient with the process and stay calmer during market volatility. I definitely get more calls from my male clients when stocks drop. They want to know what actions I’m taking to keep them on course and to ensure there’s a circuit breaker system in place to protect them.”

Noting men tend to be more task- than relationship-oriented, Harshbarger usually uses a different approach for meetings with individual male and female clients. As an illustration, he recalled visiting a powerful decision maker in the client’s office. Although he noticed impressive awards and photos of the client with well-known individuals, he didn’t comment before launching into his proposal.

“I proved I respected his time and covered the strategy I’d developed succinctly,” Harshbarger said. “Only after we finished our business and shook hands, did I mention the picture of the famous athlete on the way out the door. At that point, the client relaxed and shared the story behind the photograph.”

In contrast, Harshbarger typically reverses the order in meetings with female clients, believing it often works better to ask them about their family, learn about their lives and establish rapport before getting down to business.

Realizing women are frequently keenly aware of subtle details, Harshbarger gave considerable thought to his office design and hired a professional to choose colors and materials. To create a disarming atmosphere, he meets around a modest-sized, round table with comfortable chairs.

Because money issues can cause marital stress, Harshbarger is passionate about helping couples build stronger relationships through open communication around financial matters. He uses a values personality profile from his Behavioral Financial Advice training to determine how a couple matches up on financial beliefs and attitudes.

“It asks each of them to rank what categories they value highest,” he said. “A woman might list family, security and health as things that matter most to her, while her male counterpart might have independence, adventure and freedom at the top of his list. When priorities seem to conflict – like security versus adventure – I address it head on, so we can build a plan that addresses both.”

Wealth psychology expert and financial advisor coach Kathleen Burns Kingsbury warns advisors of the dangers of inaccurate myths about the different genders’ approaches to finances. For example, the false assumption that all men are financially savvy, confident investors can keep advisors from recognizing uncertainty or lack of understanding – particularly because males may not give themselves permission not to know what they think they should.

On the flip side, the misbelief that women are less financially literate can lead advisors to talk down to them without realizing it.

Another common fallacy is that women aren’t really interested in finance, despite research showing 92 percent of women want to learn more about financial planning and 83 percent want to get more involved in their finances within the next year.

Other myths about women Kingsbury shares in her book, “Breaking Money Silence,” include:

Despite stereotypes, men aren’t always more money-motivated than women and don’t always want to control the family finances, she adds.

Kingsbury also writes about addressing differences when working with couples in her book, “How to Give Financial Advice to Couples.” Before gathering financial data, she recommends collecting emotional data.

“The first step is understanding where each person is coming from,” she said. “I suggest asking each of them what they were taught about money growing up and questions about their current thoughts. This not only helps the advisor understand the dynamics between the two partners but also helps the partners learn about each other.”

If there are major differences, the advisor must decide whether they are the right person to build bridges to resolve them. An effective way to do that, Kingsbury explains, is to assume the role of an interpreter.

“Imagine partner one speaks French and partner two speaks Spanish, and you’re fluent in both,” she said. “You mirror back what’s been said: ‘I hear you saying…,’ ‘Do you understand where your partner is coming from?’ You help them hear each other before rushing to a solution.”

As part of the fiduciary responsibility, she continues, the advisor should look out for each person’s interests and remain neutral. This means drawing the nondominant spouse into the conversation, checking in with both individuals about portfolio changes and never agreeing to keep a secret from the other spouse.

As a husband-wife financial advisor team, Fritz and Sue Brauner of The Brauner Company in Redwood City, California, have learned to appreciate differences among male and female clients, between couples they serve and in their own business styles.

Fritz, who has an MBA in finance from Columbia University, sees himself as a big-picture, head-based, strategic problem solver. Sue, his bride of over 40 years, describes her style of serving clients as heart-based and detail-oriented.

“The first years of working together weren’t easy,” Sue said. “It took some work to adjust to our individual approaches. But I think we’re perfect business partners now because we cover all the bases between the two of us, and we do so in different ways.”

“Whenever one of us meets with a new client, the other tries to stop in to introduce ourself,” Fritz said. “As a family business, we want to know all of our clients. In fact, clients talk about being part of The Brauner Company family. Sometimes we both meet with a new couple. Clients are often more comfortable when they feel like we’re just two families talking together. And if a client or couple prefers to work with the other partner, that’s perfectly fine.”

From the beginning, the Brauners served men and women equally. Fritz recalled meeting with a high-level executive and his wife years ago. The wife later told him he got their business because he was the only advisor who gave both of them his business card.

In meetings with couples, they devote equal time to learn what matters to each individual.

“It’s so important not to give the person who seems dominant more attention,” said Sue. “You won’t build strong relationships with both if you do. And you shouldn’t assume one person is the decision maker just because they talk more. It would be natural for people to assume Fritz makes most of the decisions in our home because he’s more outgoing, but that isn’t true.”

Rather than focusing on gender differences, the Brauners refer to the nine financial personality profiles described by financial writer Russ Alan Prince. Using Prince’s categories, Fritz believes most of their clients, male and female, are investment phobics. They don’t consider themselves knowledgeable, dislike discussing technical issues and don’t want to make complex decisions themselves.

To match service to phobic client preferences, the Brauners provide big picture reports and watch their clients’ eyes to see when they’re receiving too much information. They create anecdotes or word pictures to demonstrate circumstances. When a female client struggled with fears of becoming a bag lady despite her affluence, Fritz assured her if she ever became a bag lady, the bag she’d carry would be a Gucci.

For the most part, Shereen Bingham, PhD, believes financial advisors should not treat men and women differently.

“Although we have decades of research on gender differences in communication, the differences tend to be small, do not apply to everyone, vary with issues discussed and often reflect stereotypes more than reality,” said Bingham, who teaches Gender & Communication at the University of Nebraska at Omaha.

Bingham warns advisors to be aware of widespread and personal gender expectations. For instance, advisors should not assume males are tough and unemotional but can be sensitive to men’s societal pressure to demonstrate confidence.

“An advisor might help a man save face by saying, ‘You’re probably aware…’ before sharing information the client could feel he should know or ‘It’s normal to be concerned when…’ when discussing an unsettling situation,” Bingham said. “And advisors should remember displays of confidence don’t necessarily equate with knowledge. Some women who are quite informed and capable may use a communication style that seems uncertain or self-effacing when they are actually just expressing openness to an advisor’s opinions.”

Professionals can put men and women at ease by communicating simply and clearly, avoiding industry jargon and verbalizing a willingness to repeat information as needed Bingham explained. They can ask clients about the depth of information they want to receive and how personal conversations should become. Or they can determine those preferences based on the client’s responses to open-ended questions.

“You can’t go wrong if you remember each person deserves to receive the same information, respect, support and opportunities,” said Bingham, “and you’re sensitive to how they want your interaction to proceed.”

A growing number of prospective clients are divorced and widowed women. For tips on how to develop a marketing plan that speaks to women in these situations, be sure to get your free copy of Securities America’s informative Marketing to Women in Transition Getting Started Guide.