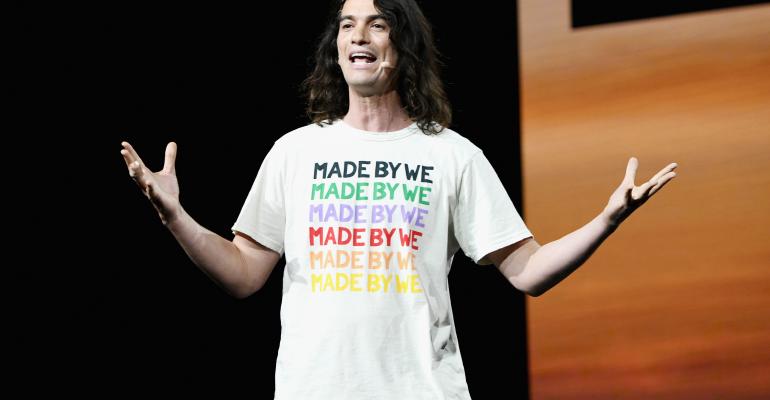 Neumann sold a stake in several sites slated for development in Silicon Valley.

(Bloomberg) --WeWork co-founder Adam Neumann sold his stake in several properties in the heart of Silicon Valley, unwinding a real estate deal that underpinned the office-sharing company’s “future of cities” initiative, according to people familiar with the situation.

Neumann’s partner on the project, Urban Community, will continue to develop the sites in downtown San Jose as part of a new arrangement with Westbank Corp., a Vancouver-based real estate firm, along with Peterson Group and OPTrust.

“Our goal for downtown San Jose is to create a community for the creative economy that brings companies out of their existing ‘industrial parks’ and integrates them within the city’s urban fabric,” Westbank founder Ian Gillespie said in a statement. Neumann is no longer involved with the sites, according to the people, who asked not to be identified discussing the private transaction. A spokeswoman for the WeWork co-founder declined to comment.

San Jose’s real estate market is booming as investors bet that the city’s sleepy downtown is poised to capture the next wave of tech company expansion. Google has plans to build a campus just west of the central business district with housing and space for 20,000 workers. Developers including Jay Paul Co. and Boston Properties Inc. have also proposed large new projects.

Urban Community, which has acquired nearly two dozen properties in San Jose, is betting that the Bay Area’s largest city can turn into a destination. Led by former eBay Inc. executive Gary Dillabough and Silicon Valley real estate veteran Jeff Arrillaga, the company has spent hundreds of millions of dollars amassing downtown property in recent years, including historic structures such as Bank of Italy building.

That tower will be a part of the new partnership with Westbank and the first project that the group works on. Other properties include Museum Place, BoTown Valley Title, Fountain Alley and 225 West Julian, according to the statement, which didn’t disclose terms of the partnership.

“From the first day we met Ian, we were struck by his vision and knew that we’d be extraordinarily fortunate to inspire him with the unique city-building opportunity in downtown San Jose,” Dillabough said in the statement. “We look forward to working closely with the entire Westbank team to bring their pioneering approach to our city.”

Neumann, who departed as WeWork’s chief executive officer in September, personally purchased a majority interest in downtown San Jose properties in what WeWork described in initial public offering documents as a “first step in pursuing the company’s vision for the future of cities.” The effort has been in question since office-sharing company scrapped its IPO plans.

In early 2019, he was worth more than $10 billion -- at least on paper -- based on the office-sharing company’s peak $47 billion valuation, according to calculations by the Bloomberg Billionaires Index. That’s since dropped to $1.3 billion after SoftBank Group Corp.’s bailout of the struggling office-sharing company valued it at less than $8 billion in October.

Westbank’s Gillespie is best known in Canada, where he helped transform the Vancouver skyline with opulent buildings designed by star architects. His company has recently set its sights on the U.S. and has a handful of projects in Seattle.

--With assistance from Tom Metcalf.

To contact the reporters on this story: Noah Buhayar in Seattle at [email protected];