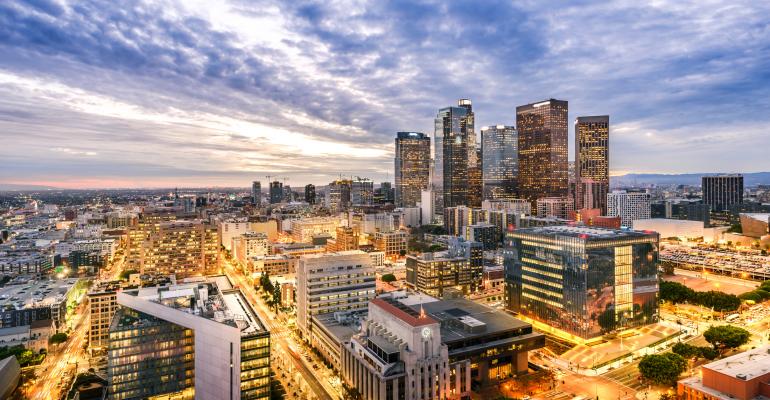 Foreign investors continue to view U.S. commercial real estate as a solid investment, with multifamily and industrial properties remaining their favored picks, according to the results of the 28th annual survey conducted by the Association of Foreign Investors in Real Estate (AFIRE) and the James A. Graaskamp Center for Real Estate at the Wisconsin School of Business. Survey participants pointed to low interest rates, continued capital markets liquidity and the low U.S. unemployment rate as reasons for their confidence in the performance of U.S. real estate assets. (Since the initial survey was conducted before COVID-19 became an issue of global concern, the organizations are now conducting a follow-up survey on its potential impact on investment trends).

In all, 72 percent of AFIRE’s survey respondents indicated that they viewed the overall U.S. commercial real estate market as being as attractive as it was in 2019. Eight percent of respondents view it as even more attractive investment option than before, while 19 percent indicated it was less attractive this year than the last.

Those who view U.S. commercial real estate as being more attractive pointed to the market meeting investor yield expectations and being considered a safe haven for capital, healthy property fundamentals and lower hedging costs.

Overall, more than 50 percent of foreign investors foresee their companies having net capital inflows into the U.S. real estate sector in 2020, while 18 percent plan for net outflows. Roughly an equal amount of respondents (80 percent vs. 79 percent) would like to increase their exposure to U.S. multifamily properties and to U.S. industrial properties respectively.

On the other hand, 53 percent of respondents said they planned to decrease their exposure to U.S.-based retail assets.

This year, Los Angeles jumped to number 1 on the list of global cities where foreign investors would like to increase their real estate exposure (it was at number 7 in 2019). Dallas, Phoenix and Denver have also gone up in the ranking, though they were much farther down the line—at 12th and a shared 14th place respectively. San Francisco remained in its number 5 spot, and Washington, D.C., remained as number 10. However, Seattle, New York and Atlanta all moved down from their previous rankings for investor interest. New York and Chicago are now among global cities (at number 1 and number 3 respectively) where foreign investors would like to reduce their exposure.

In addition, 43 percent believe including ESG criteria in investment decisions results in higher risk-adjusted returns. In addition, 47 percent said the returns remained the same whether ESG was used as a criteria or not, and 10 percent said focusing on ESG considerations resulted in lower returns.

This year’s survey results were based on responses from AFIRE members, which include more than 200 global institutional investors and investment management firms, with roughly $3 trillion in assets under management.