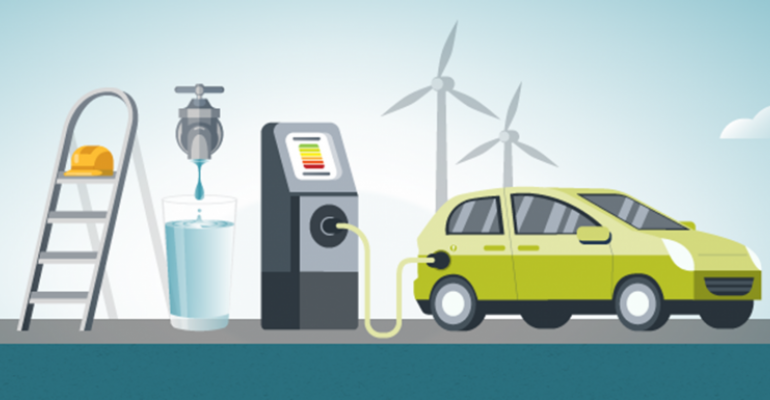 The Biden administration’s American Jobs Plan addresses both infrastructure and larger environmental issues. This gives municipal bond investors an opportunity to customize their portfolios to align with their values and benefit the community as a whole.

This Earth Day, we celebrate the increasing global attention toward environmental stewardship and look for ways the investment community can promote sustainability. In the municipal bond market, investors can invest in projects that provide a meaningful environmental benefit to municipalities and their constituents across the United States. Areas of focus for environmental or “green” projects include clean energy; clean drinking water and water pollution control; sustainable, LEED-certified construction projects; investments in mass transportation systems; and climate-adaptive infrastructure.

The Biden administration has unveiled a new $2 trillion infrastructure and economic recovery plan, the American Jobs Plan, which is designed to simultaneously revitalize the country’s infrastructure and combat climate change. This progressive plan includes:

Similar projects outlined in this plan have historically been financed through the municipal bond market, and we expect that these initiatives will lead to increased green bond issuance.

A cornerstone of the American Jobs Plan is an update of the nation’s infrastructure, including roads, bridges, and public transit systems. For the past 65 years, the United States has spent nearly $10 trillion funding roads and highways and just a quarter of that for buses, subways, and rail. Investing in the nation’s public transit systems will be critical to achieving the goal of carbon neutrality in the United States by 2050.

Some US municipalities are already focusing on such efforts. For example, in August 2020, the Los Angeles County Metropolitan Transit Authority issued green municipal bonds, making it one of only six US authorities to meet the Low Carbon Transport criteria for the Climate Bonds Standard.

The Biden plan also seeks to improve drinking-water infrastructure and deliver a new, improved electrical grid. To improve the quality of drinking water, all lead pipes and service lines across the country will be replaced. As we witnessed in cities like Flint, Michigan, and Newark, New Jersey, lead water pipes are a major public health hazard; replacing these systems is highly impactful from both a social and an environmental perspective.

For example, Newark issued municipal bonds to replace its lead water system, and we expect many other cities to follow suit. A modernized electric grid, along with a goal of reaching 100% carbon-free electricity by 2035, should spur a considerable amount of issuance in the clean energy sector. Along with wind, solar, and hydroelectric power system projects, the plan includes clean transmission and storage system upgrades for public power systems throughout the country.

The American Jobs Plan will also address the need for more affordable housing projects while making housing, commercial buildings, and schools across the country more energy efficient. More than two million homes, schools, and commercial buildings will be constructed, preserved, and retrofitted to improve resiliency and increase efficiency. Examples of similar projects that have been issued in the municipal market include a multifamily housing project in New York State and green bonds for a California school district project.

The housing project bonds were issued to construct affordable low-income housing projects, which were identified as environmentally beneficial based on the expectation that the buildings will meet or exceed energy-efficiency standards and qualify as low-carbon buildings. As a result, the bonds were certified as climate bonds by the Climate Bond Initiative. The school district in California issued green bonds to finance acquisition, installation, and equipping of solar heating and lighting systems to improve energy efficiency throughout the district. These bond issues also financed critical affordable housing and school buildings and had positive environmental impact by meeting or exceeding energy-efficiency standards.

The American Jobs Plan is a robust, comprehensive strategy to update aging US infrastructure with a focus on sustainability and with climate change at the forefront. Municipal investors seeking an ESG focus will have the opportunity to invest in the revitalization of US infrastructure and achieve positive environmental impact with their investment portfolios.