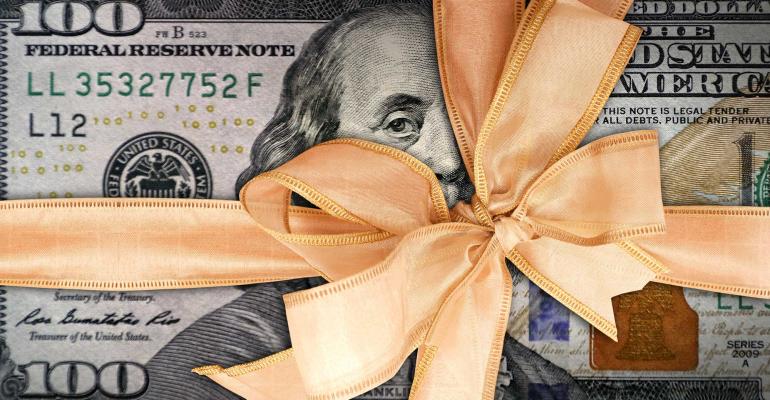 Economists generally agree that low labor demand from employers, rather than low labor supply from workers, is the biggest driver of high unemployment:

(Bloomberg Opinion) -- The extra unemployment insurance benefits that were handed out by the U.S. government in the early months of the pandemic to people rendered jobless by Covid-19 represent one of the most extraordinary and successful programs in the nation’s history. The $600-a-week in assistance, often referred to as “pandemic UI,” was so generous that it caused an unprecedented spike in Americans’ disposable income:

Despite a huge rise in unemployment, the poverty rate actually fell, thanks to these benefits. Most Americans are still able to pay their rent, holding off a much-feared wave of evictions. And amazingly, pandemic UI managed to accomplish this without keeping Americans out of the workforce.

One might think that paying people $600 per week not to work would result in a lot of people choosing to collect benefits instead of looking for new jobs -- or even to quit their existing jobs, if they could credibly claim that they did so for pandemic-related reasons. But in fact, this didn’t happen. Job vacancies fell. Wages remained stagnant or even fell, suggesting that employers weren’t having a hard time trying to lure workers out of their homes. Economists generally agree that low labor demand from employers, rather than low labor supply from workers, is the biggest driver of high unemployment:

Unfortunately, this remarkable program has expired. President Donald Trump issued a bizarre and possibly illegal executive order demanding that states continue the benefits at a significantly reduced level, with funding from the Federal Emergency Management Agency budget. But many states are not following the order, and FEMA has only $44 billion to spend on the program. Meanwhile, Congress -- due back in session this month -- has failed to extend the pandemic UI program in any form as lawmakers and the Trump administration remain at odds over new relief measures. This is going to put the livelihoods and well-being of millions of Americans in danger, and it threatens to blunt the strength of any economic recovery. Why hold back?

Some will argue that this is inevitable; pandemic UI has to end sometime, after all. Presumably, as the economy recovers, normal market forces will come back into play, and paying people $600 a week not to work will begin to have a depressing effect on employment. But exactly when will that moment come? 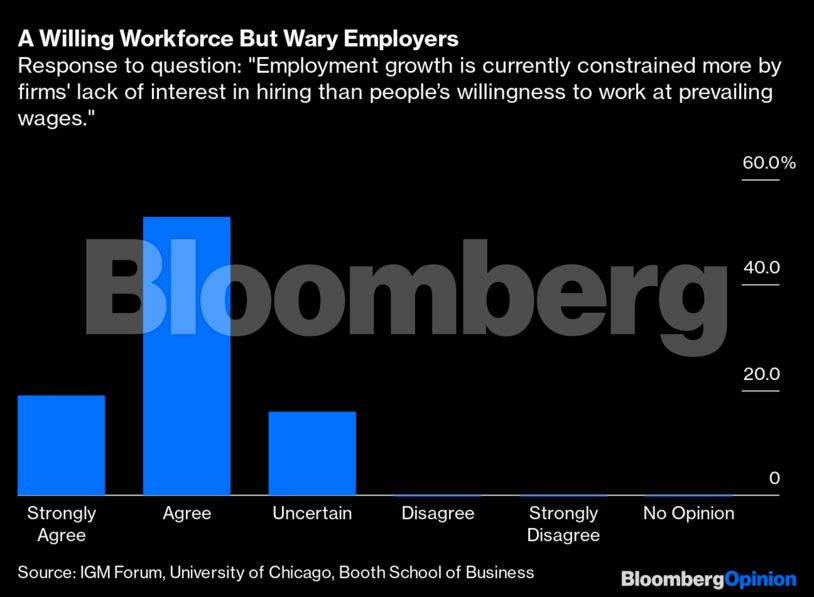 In order to answer that question, we need to understand why pandemic UI hasn’t kept workers from trying to join the labor force. And that requires economic theory. In a recent paper, economists Corina Boar and Simon Mongey have provided such a theory, with explanations for why pandemic UI didn’t contribute to unemployment the first time around.

The first reason is that jobs are hard to find. Many workers will probably choose to stay in their jobs, or get new ones, even if pandemic UI would be slightly more lucrative for a few months. Some employers have offered laid-off workers the chance to be temporarily unemployed (and collect pandemic UI) and then come back to their jobs after the economy recovers; but these guarantees are probably unreliable in practice. Second, many workers are paid based on how long they’ve been at a company; if a worker leaves their job to take pandemic UI and then finds a new job later, they’ll have to take a big and long-lasting hit to their wages. For the vast majority of workers, these risks and costs simply aren’t worth it, even if the benefit is a bit higher than their current wage.

It’s important to note that all of these calculations rely on pandemic UI being limited in time; they’re basically variations on the idea that a few months of cash isn’t worth risking a spell of unemployment. Workers always knew that pandemic UI would run out; indeed, it did run out once already.

So what does that imply for a renewal of the program? Assuming it was also temporary, workers’ calculations would presumably be the same as the first time, and few would choose to leave work or remain unemployed. And since the pandemic will eventually end -- most likely from a vaccine that many expect to be widely available in early 2021 -- there will be every reason to think another bout of pandemic UI would be temporary.

The only danger would come if workers concluded that a renewal of the program has heavy implications for future policy -- that some degree of higher and longer-lasting unemployment benefits would be permanent. That could induce a few low-wage workers on the margins to decide that they could afford to go on unemployment for a very long spell. But this seems highly unlikely. Workers know about the fickleness of U.S. government programs, and the first pandemic UI cutoff should reinforce that understanding. Furthermore, they know about the fiscal costs of the program, and the near-certainty that there will be political pressure for some form of austerity in the future.

In other words, Boar and Mongey’s model probably still holds true. A second round of pandemic UI has little danger of causing a big rise in unemployment. Congress should act to renew this successful program before millions of American workers get hurt.

To contact the author of this story:
Noah Smith at [email protected]