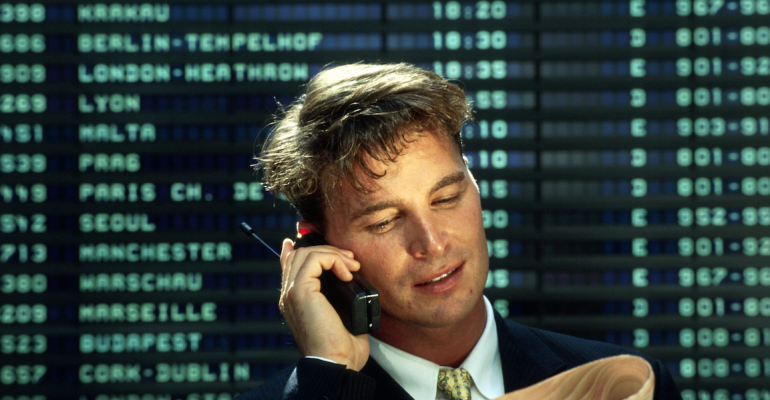 One obvious consequence of the information technology revolution has been an explosion of news and noise.  We are bombarded daily with information and commentary that comes at us online, in print, and over various airwaves. This information overload is especially acute in the world of finance and financial markets.

Much of this noise is focused on problems and issues, which, for many investors, enhances an already-acute tendency toward short-term thinking. In the space of one morning, we might see headlines that declare futures are trading up because of some event or data point hitting the wires and then another headline several hours later explaining the stocks are falling or yields spiking based on another piece of data or news.

The news of late has been in striking contrast to the market reality. Since the beginning of 2014, nearly every financial market in the world has been characterized by a near complete absence of movement. Over the course of four months, stocks have barely budged; bond yields have hardly moved; and the economy has barely departed from trend. For sure, there are exceptions—there always are—ranging from the Russian stock market declining precipitously in the face of the Ukraine crisis to harsh selling in high-beta sectors such as biotechnology and some social media and technology names, to the tune of 30%–50% declines in select names in those sectors.

Still, overall, this has been a flat period, with the three major U.S. indices all within plus or minus 2% in the first four months of 2014. The same is true for global and international indices such as MSCI EAFE and MSCI Emerging Markets. Bonds have been similarly compressed. The rate of the 10-year U.S. Treasury began the year just under a 3% yield and ended April at about 2.6%. That is actually more volatile than stocks in percentage terms, but is muted compared to true bond market volatility. The major global markets have, for the most part, shown the same dynamics.

That story, which is the fact-based one, has not gotten much air time.  Media outlets, which depend on page views or audience size for their own business model, understand that people pay attention when they are worried, fearful or when events are changing quickly; not so much when things are stable and the weather is good. If markets are moving sideways, no one pays much attention; when volatility spikes, stocks sell-off, or a crisis erupts, people snap to.

You wouldn’t know that this period has been so flat had you taken to heart the seemingly endless noise about volatility. Yes, there have been some weeks of sell-offs in the major indices, but almost all under 10% and most in the range of 5%. These included the end of January and into early February, and early March on concerns about Ukraine, then again in April with those high-beta names. There has been less volatility in bonds, even with the somewhat steady slow decrease in U.S. sovereign yields.

There has also been near constant talk of overvaluation and stock market bubbles, as prognosticator after prognosticator warns of an impending “20% correction.” Such warnings and concerns can never be discounted, of course, but in a world that values alarms over calm and skepticism over optimism, those warnings get considerably more traction than arguments to the contrary. In the public sphere, for every one person forecasting stability, there appears to be two or three arguing for pullbacks and sell-offs.

That may be fine for TV ratings, but it can be harmful for investing, unless your time horizon doesn’t extend much beyond the high frequency traders so entertainingly (and perhaps disturbingly) described by Michael Lewis in his new book Flash Boys. None of us know what this period of relative calm portends. But to assume that it is the proverbial calm before the storm is just that, an assumption.

Too often investors rely on past patterns as overly reliable guides to future trends. Past patterns are informative and instructive, but not determinant. Past patterns of calm are not that conclusive, but for equities at least, they suggest a slight bias towards a positive year for equities when the first four months of the year are essentially flat. Only eleven times since 1950 have equities been as flat as they have been of late for the S&P 500 and only nine times for the Dow Jones Industrial Average (DJIA), so we don’t have a plethora of data points. A bit over half the time the year ended up for the S&P 500; of course, that means that a bit less than half the time, they ended down. The DJIA pattern was worse; the pattern for MSCI EAFE better.

If you look at all four-month flat periods, the number of occurrences is much greater: 145 times since 1950, the S&P 500 has been flat over four months. More than two-thirds of the time, the subsequent 12 months have seen gains, many of those in the double digits. The worst periods, by far, were between 2007 and 2009. Taking those out, the pattern of markets following flat four-month periods is significantly positive.

It may be that rising yields, inflation, and all the attendant patterns of money and financial instruments are less predictable than they were in the past. We don’t know, of course, and the financial crisis of 2008–2009 was a reminder of the prevalence of systemic risk that has in no way disappeared since then. For bonds and the cost of capital, the real X factor is whether the aggressive actions of the Federal Reserve and other central banks have kept yields “artificially” low or whether those low yields are a product of other factors such as globalization and technology that keep capital cheap and wages muted.

Nonetheless, it is vital to recognize that this has been a static period, and not a volatile one. That should be obvious, given that it is true, save for the degree to which the outlets that form a market debate tend to accentuate any daily and weekly volatility and risk.

Second, past patterns for stocks suggest a bias toward positive performance in the following 12 months after a four-month static period. This is not a strong bias when the four months begin the year, but it is close to one for all four-month periods in the past 65 years.

That pattern should not be the basis of constructing a portfolio, but it is one useful data point. Juxtaposed with others, such as the continued growth in corporate earnings and a continued muted interest rate environment globally, it frames a supportive picture for equities in general.

The picture for bonds remains less clear. Many believed that this year would mark more volatility and risk for bonds as the Fed shifted away from easing. That has not happened. Yields globally are low, and spreads are compressed. Some have begun to worry about mispricing of risks, particularly in lower credit areas. There is little proof as of yet that risk is pooling. If this static period seems generally supportive of stocks going forward, bonds remain a conundrum. The only caveat is that bond yields have been stable and low, along with inflation, for five years. They could certainly stay that way for years more.

Finally, it is important to use static periods constructively. They should be occasions to examine portfolios and allocations, free of the fast moves one way or the other that can easily cloud judgment. They offer a chance to make directional bets with less concern about missing moves one way or the other, even as the public discussion stays voluble. Whether this is the calm before the calm or the calm before the storm, human societies and institutions do not remain static for long. It behooves us all to use these periods well.