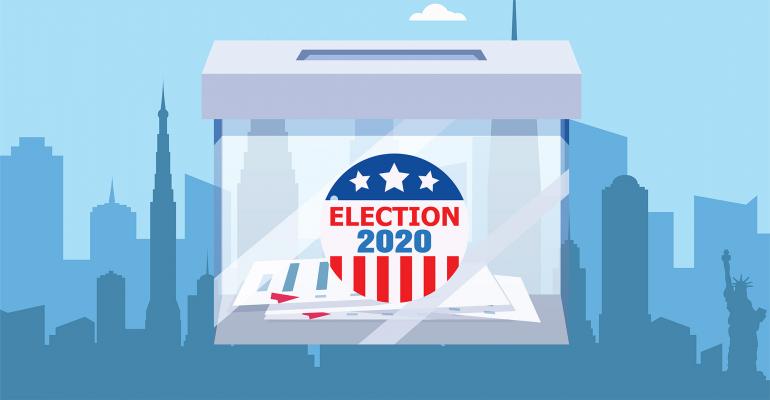 Split-Roll Property Tax Proposal 15 in Calif. Too Close to Call

The outcomes of several other ballot measures were decided, including legalization of medical and recreational marijuana in several states.

America has voted. But close margins in battleground states where millions of ballots are still being counted leave the outcome of both the presidential race and control of the Senate unclear for the next few days. The Democratic Party, meanwhile, retained control of the House of Representatives.

But that’s not all that was at stake for the commercial real estate industry. There were more than a dozen ballot measures in various states that that carried implications for real estate taxation and development.

In California three ballot measures—Prop 15, Prop 19 and Prop 21—were of concern.

As of 9:00 AM Wednesday morning, the vote was too close to call.

Prop 19 concerns the tax treatment of certain property transfers. That vote was also too close to call this morning with 5,844,548 votes in support and 5,495,434 against.

Lastly, Prop 21, which would have strengthened rent control laws within the state, was defeated. With 71.5 percent of precincts reporting, nearly 60 percent of voters had voted against the measure.

In Nebraska, Amendment 2 passed by a vote of 61 percent to 38 percent. The amendment increases “the repayment period for tax increment financing from 15 to 20 years for areas where more than one-half of properties are designated as extremely blighted.”

Lastly, in Utah, Amendment G was too close to call. It would allow the Utah State Legislature “to use revenue from income taxes and intangible property taxes to support children and individuals with a disability.”

Besides the property tax votes, there were a number of ballot measures to legalize recreational or medical marijuana, which would be a boon for the ever-growing arena of marijuana real estate.