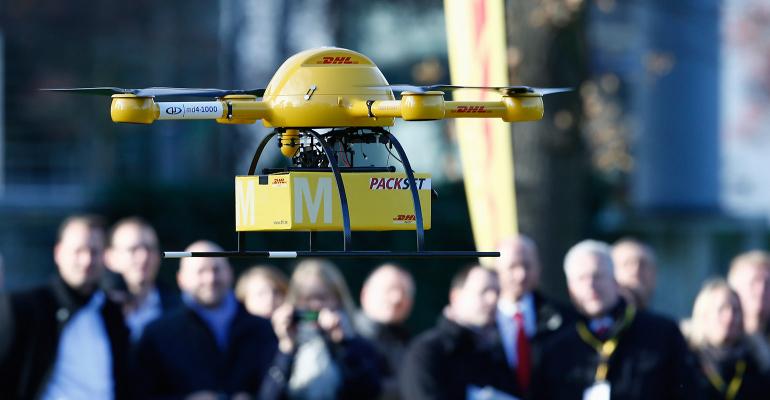 Shining a Light on “Dark” GDP

Real GDP is being grossly underestimated as technology scrambles our ability to estimate inflation. If not addressed, the tech advance will drive another organization into irrelevance: The Bureau of Economic Analysis.

The U.S. economy, since 2009, has experienced puzzling behavior. Labor markets, corporate profits, the stock market and company as well as individual balance sheets have turned in strong performances. But it is quite another story for real GDP, productivity, wages, interest rates and capital expenditures, which all have been anemic during this period. Based on the latter measures, many contend that this has been the weakest economic recovery since WWII.

The genesis for this puzzle is the accelerating infusion of computer, medical — and perhaps most importantly, cloud based applications — into every aspect of daily and business life, the most important consequence of which is something we call “Dark GDP.” Dark GDP is not captured by the current national output measures, and its omission is a major problem that helps explain the contradictions described above.

The Bureau of Economic Analysis estimates real GDP using an objective measure of current dollar output and a measure of inflation that is largely objective, but must be adjusted for quality improvements in goods and services. With the rapid advances in computing, medical and other technologies, quality estimates have become increasingly important, but ever more difficult to measure. This in turn has driven the growth rate of Dark GDP.

Since the economic low point of early 2009, current dollar GDP grew 3.8 percent annually. Over the same period, BEA estimated inflation to be 1.7 percent, resulting in real growth of 2.1 percent. This growth rate is often compared to earlier real growth of 3 percent and deemed to be subpar by comparison.

Small errors in estimating inflation have big impacts on real growth. Let’s say inflation was actually zero since 2009. Instead of a slow growth economy, real growth would have been a strong 3.8 percent. If this were the case, incremental Dark GDP since 2009 would have amounted to $2.0 trillion or roughly 10 percent of current GDP.

But even if inflation was overestimated by 1 percent, that is 1.7 percent rather than the true 0.7 percent, important economic measures over the last seven years look quite normal rather than anemic. In this situation, Real GDP grew 3.1 percent, productivity grew 1.9 percent, real wages grew 3.0 percent and real interest rates, while still negative, were much less so.

Measuring quality improvements has always been a challenge for BEA statisticians. In decades past, when the economy was more based on the production and sale of goods rather than services, the challenge was not quite so great as it is now. For example, a 5 percent annual increase in the price of a house could be adjusted downward by the fact that the house had 2 percent more square footage. The quality adjusted housing inflation rate was then estimated to be 3 percent.

But increasing benefits of technology in the service sector are more difficult to capture. Take Amazon for example; with Amazon Prime, items can be purchased online for a price generally lower than if purchased in a store. The service includes free two-day delivery, which means that not only do you not have to spend time driving to the store and purchasing the item, but it is delivered free of change to your doorstep. A trip to the store, or the benefit of using the web to select the ideal purchase option at the lowest price, has been replaced by free delivery.

The price you paid for the online purchase is what is recorded as a final purchase, the methodology used by BEA for estimating current dollar GDP. However, this price does not capture the additional benefit of not having to make that trip to the store. Multiply this technology-services-quality conundrum hundreds of thousands of times throughout our immense economy and it is easy to see how inflation can be overestimated.

A particularly striking Dark GDP example is the advent of self-driving vehicles. Imagine the benefits to those who are currently unable to drive, such as the blind, handicapped, and aged, to name a few. Also consider the potential dramatic drop in highway accidents and deaths, the vast majority of which are the consequence of operator error.

It is imperative that these immense quality of life improvements be captured in real GDP. Otherwise, Dark GDP will become an even greater problem than it is today.

A series of academic articles conclude U.S. inflation is overestimated by 0.5-2.0 percent due to the quality problems described above (Bank of International Settlements paper No 49). Given these magnitudes, it is disappointing BEA has moved so slowly incorporating technology adjustments into inflation estimation.

This should be a top BEA priority. Otherwise, they will be driven into irrelevance, as has happened to so many other organizations in recent years that have chosen to ignore the approaching technology tsunami.

C. Thomas Howard is an Emeritus Professor of Finance at the University of Denver and Chief Investment Officer at AthenaInvest of Greenwood Village. He is the author of Behavioral Portfolio Management. Andrew Cox was for 40 years a mutual fund portfolio manager and investment firm board member, most recently with Janus Capital in Denver.