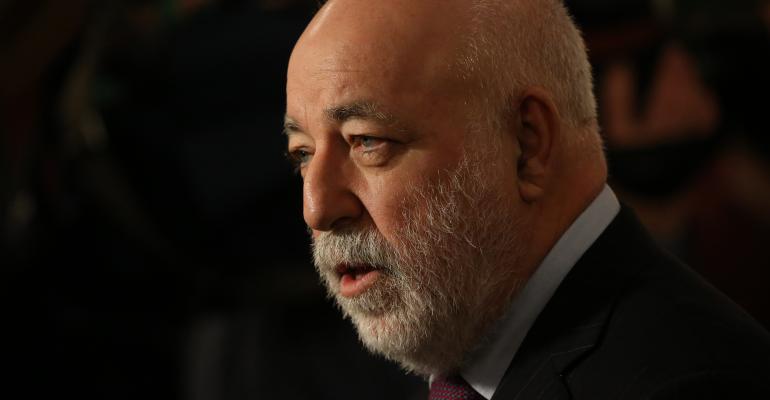 An off-campus apartment complex for Louisiana State University students is part of an investment portfolio of sanctioned billionaire Victor Vekselberg.

(Bloomberg)—Russia’s ultra-rich amassed such vast fortunes -- some $330 billion before the Ukraine war -- that their money was bound to turn up in unexpected places.

For example, an off-campus apartment complex for Louisiana State University students that boasts “the largest pool in Baton Rouge.”

A sliver of Viktor Vekselberg’s $16.6 billion fortune has been invested for more than five years in Arlington Cottages and Townhomes in Louisiana’s capital city, according to mortgage reports. Vekselberg, 64, was sanctioned by the U.S. in 2018, and again in the wake of Russia’s invasion of Ukraine in February.

Vekselberg is “indirectly a minority investor in this property,” Hilary Marshall, a spokesperson for Coastal Ridge Real Estate Partners, an investment firm overseeing $3.5 billion of apartments and student housing, including Arlington Cottages, said in an email. “The investment occurred in 2016, well before sanctions were levied.”

A spokesperson for Vekselberg didn’t respond to a request for comment.

The vast collection of assets owned by Russia’s oligarchs, from superyachts to sports teams to luxury mansions, has been thrust into the spotlight in recent weeks as the U.S., U.K., European Union and other countries crack down on those perceived as close to Vladimir Putin.

Vekselberg’s 78-meter (256-foot) superyacht, called Tango, was seized in Spain on Monday after U.S. authorities got crucial information that it was his vessel. The seizure was coordinated through the Justice Department’s Task Force KleptoCapture and was the first of its kind. Tango is valued at almost $100 million.

His investment in the 732-bed complex near LSU, which hasn’t been previously reported, is much smaller. But it’s also less conspicuous, and highlights the lengths that global authorities must go to track down the endpoints of sanctioned Russians’ fortunes.

Arlington Cottages, built in 2016, was appraised at $63.6 million and financed with a $44.1 million loan that was securitized and sold to investors by Freddie Mac, the U.S. government-sponsored mortgage enterprise.

The loan was placed on a watchlist for risk of default in 2018 due to Vekselberg’s involvement, forcing its owners to obtain a special operating license from the Treasury Department’s Office of Foreign Assets Control, according to information compiled by KeyBank NA, the loan’s servicer.

Coastal Ridge is working with OFAC to ensure it complies with all sanctions-related laws and regulations and “is actively working to exit this investment in the near term,” Marshall said.

Firms linked to Vekselberg invested in a range of U.S. assets before facing sanctions, such as Cyalume Technologies, a Florida-based maker of chemical lighting solutions, and Odyssey Online, a publishing platform popular with college students. He told an imprint of Forbes last year that he had $1.5 billion frozen in Western bank accounts.

His involvement in Arlington Cottages, which features a large pool surrounded by palm trees and cabanas, was facilitated by investment firm Bracken Capital, according to Marshall. Bracken was formerly named Columbus Nova MB and part of New York-based Columbus Nova, which managed money for Vekselberg’s Renova Group.

Columbus Nova, which was run by Vekselberg’s American cousin Andrew Intrater, was blocked from managing many of its investments after the 2018 sanctions and drew attention around the same time for a $500,000 payment for consulting services to a company set up by Michael Cohen, the longtime lawyer of Donald Trump.

The firm has since rebranded as Sparrow Capital. A spokesperson for Sparrow didn’t respond to requests for comment.

Vekselberg was born in Ukraine and founded Renova in 1990. Later that decade, it acquired a multibillion dollar stake in oil company TNK. He became the richest man in Russia in 2012 after he and his co-owners agreed to sell the 50% position to Rosneft, the state-controlled oil and gas operator, for $28 billion.