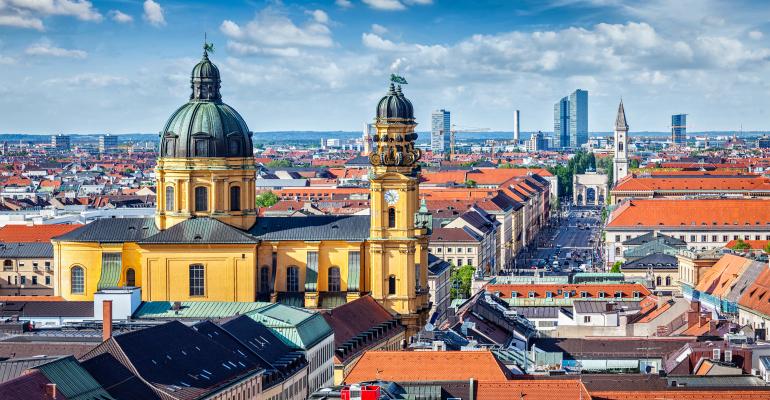 Munich is now the city most vulnerable to a property bubble, according to UBS Group AG’s annual Real Estate Bubble Index.

The risk of a property bubble in the euro zone surged last year as ultra-low interest rates helped drive up house prices.

Munich is now the city most vulnerable to a property bubble, according to UBS Group AG’s annual Real Estate Bubble Index. Frankfurt and Paris are increasingly in danger of prices becoming unsustainable, even as some of the priciest cities around the world cool, the report said on Monday.

For the first time in four years, London is no longer regarded as dangerously overvalued. Prices in the capital have been falling from their mid-2016 peak amid uncertainty over the U.K.’s exit from the European Union and higher property taxes. The risk in Hong Kong, previously in pole position for a bubble, has also waned.

Lower interest rates have driven investors away from bonds and into other assets. That has helped drive up the prices of real estate in many cities, particularly in parts of the euro area where yields on sovereign debt have turned negative.

“Investors should remain cautious when considering housing markets in bubble-risk territory,” said Matthias Holzhey, lead author of the study and head of Swiss real estate investments at UBS Global Wealth Management. “Regulatory measures to curb further appreciation have already triggered market corrections in some of the most overheated cities.”

A weaker economic outlook cooled buyer sentiment in Hong Kong’s red-hot property market, though the former British colony remains at risk of a bubble. The report didn’t canvas data beyond the second quarter, so didn’t capture the effects of the most recent political protests. The city has seen a recent slowdown in property sales and prices, Hong Kong Monetary Authority Chief Executive Norman Chan said at a briefing Monday.

There were no U.S. cities with a rising risk of overheated prices for the first time since 2011, while regulatory changes and affordability issues caused home prices in New York to lag the countrywide average growth. Similarly, unaffordable prices, trade tensions and diminishing foreign demand capped price growth in San Francisco and Los Angeles, while Boston still ranks in fair-value territory.

Toronto, where a growing population competes for increasingly limited housing, rose from third to second place in the UBS index.