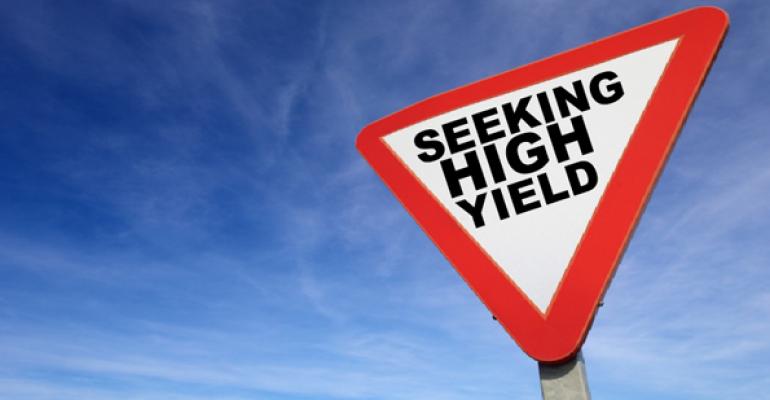 Private equity investors may be deploying different strategies, but their end game is the same. They all want higher yields in what remains a highly competitive market.

The quest for bigger returns is prompting private equity investors to expand their target markets and move away from the relative “safety” of core properties in major metros and top secondary markets.

“The trend is that the money all started with a very narrow fairway, and now it is widening—both from an asset class and different markets that people are willing to invest in,” says James Tramuto, managing director, of Jones Lang LaSalle’s Capital Markets in Houston.

The challenge to place capital is driving buyers to adopt more creative strategies and take on more risk. Some big investors are playing the yield compression game—pursuing property types such as suburban office, strip centers and limited service hotels that have yet to see cap rates decline.

“Those are the property sectors that have not to date seen the massive amount of cap rate compression as office CBD and apartment properties,” says Dan Fasulo, managing director at New York–based Real Capital Analytics. Buyers are gambling that they can boost returns by getting in ahead of declining cap rates as occupancies and rents improve.

More investors have recently started to realize that core property investments may be fully priced, if not overvalued, and that the cap rates being paid for these properties are placing too great a premium on the value of cash flows, notes David Rubenstein, founder and senior managing principal at Rubenstein Partners. “The question becomes where else to turn? Our belief for a while has been that there is a great opportunity in value-added office,” he adds.

There is potential to capture higher returns as job growth recovers. “In that context, we think value-added office broadly represents a good investment opportunity, although we would caution that low prices on underperforming assets do not always equate to good value-added opportunities,” he adds.

Another private equity investor that made an opportunistic play recently is Kohlberg Kravis Roberts & Co. L.P., which bought the Legends Outlets in Kansas City in a foreclosure auction for $131.5 million. KKR entered the retail real estate space last year when it, in partnership with YTC Pacific, invested $165 million to acquire the 1.5-million-sq.-ft. Yorktown Center outside Chicago.

That trend exists more broadly. Overall, 25 percent of private equity investors surveyed by real estate research firm Preqin said they would target distressed assets and 34 percent are seeking to invest in debt. Those figures are up sharply from 5 percent and 8 percent respectively for those categories one year ago. The appetite for value-add also rose from 47 percent at the end of 2011 to 55 percent at the end of 2012. In fact, value-add has surpassed core as the most commonly sought strategy for the next 12 months.

“Many investors have cited the opportunity to generate strong returns with a lower level of risk as one of the reasons for investing in funds following a debt strategy,” wrote Andrew Moylan, Preqin’s manager of real estate data, in the firm’s first-half outlook on real estate.

Rubenstein Partners announced in February that it had closed on the first investment in its second value-added office real estate fund. Rubenstein Properties Fund II purchased CenterPoint, a 500,000-sq.-ft. office park in suburban Boston. Rubenstein purchased CenterPoint for $68 million through a joint venture partnership with Boston–based developer and operator Saracen Properties. Originally built as a research and development park, the project has been renovated and repositioned as office space and is still in the process of filling vacancies, which are currently at about 18 percent.

According to Preqin, a greater proportion of respondents it surveyed committed to private real estate funds in 2012 than in any of the previous three years. Overall, 49 percent of investors surveyed made at least one private real estate fund commitment in 2012—up from 34 percent in 2011. In addition, 53 percent plan to make new commitments to the asset class in 2013. And of investors that committed in 2012, 54 percent expect to increase their commitments to the space in 2013. Only 3 percent said they planned to commit less capital to funds in 2013 than they did in 2012.

Particularly, larger institutions are bullish on the private equity space. Of the investors Preqin surveyed, 69 percent with $10 billion or more in assets under management are expecting to invest in private equity real estate funds in 2013. In contrast, 45 percent of investors with less than $10 billion do not expect to make new commitments.

That’s been buoyed by the performance of existing funds. Preqin reported that closed-end private equity real estate funds distributed $41 billion in the first half of 2012 compared with $48 billion for all of 2011.

“This diminished appetite for new firms is likely the result of a more risk-averse and cautious approach to real estate investment among many investors, with institutions increasingly wanting to see strong track records from the managers they invest with,” Moylan wrote. “First-time fundraising in the current market will likely be very difficult given the large number of funds on the road coupled with decreased investor appetite for first-time vehicles.”

The private equity industry as a whole—not just real estate funds—rose $33 billion in the fourth quarter of 2012, according to the Private Equity Growth Capital Council. Private equity funds were sitting on $361 billion in callable capital reserves in 2012.

The investment shift into secondary markets is already well under way. In 2012, the big year-over-year volume gains were not in major markets such as New York and Washington, D.C., but instead were in the secondary markets, notes Fasulo. Seattle, for example, saw its commercial and multifamily investment sales jump 123 percent last year to reach $10.5 billion in sales, according to RCA. “The fact that property pricing has gotten too expensive on the coasts will continue to accelerate investment activity in secondary markets in 2013,” Fasulo adds.

Multifamily remain the most sought after investment type. Yet falling cap rates on apartments have not deterred investors as buyers are still willing to bet that rents will rise. That said, competition is driving buyers to go from class-A trophy assets to class-B, ’90s-vintage assets and even to class-B- properties built in the 1970s and 1980s.

Outside direct property investment, private equity firms are also increasingly seeking to play in the debt space either through acquiring existing debt or placing new loans. In particular, private equity funds have been active players in providing mezzanine financing. The higher yields that can be achieved on bridge transactions—ranging from 4 percent to 12 percent—have made the market niche especially attractive.

Competition also is sparking more interest in development opportunities where investors can achieve higher returns for taking on development risk “What has happened with a lot of groups that can’t get their hands on the product they want at the yield that they want, they are moving to development,” says Tramuto.

In addition, the shortage of good assets is prompting some investors to look at off-market recapitalizations. For example, Jones Lang LaSalle’s structured equity team placed about $600 million in equity across roughly 30 different transactions over the past 24 months.

At some point, private equity might end up as net sellers over the next couple of years. Some of the bigger funds placed capital in 2006, 2007 and 2008 and those funds are approaching the end of their life cycles and will need to give the money back to their capital sources. For example, Blackstone Group—which operates a series of private equity real estate funds—has announced that it is going to be selling a significant number of assets in the coming years.

As a whole (including non–real estate deals), private equity exit volume reached $55 billion in 2012—up from $29 billion in the third quarter, according to the Private Equity Growth Capital Council. For the year, there were 616 private equity exits with a total value of $142 billion—the most since $150 billion in exits in 2007.

That could bring some welcome inventory to the market as there appear to be no signs that the tremendous appetite for investment real estate is in any way diminishing. “The biggest trend that we have seen is that product demand grossly outpaces transaction supply,” says Tramuto.

Several factors are supporting that sustained demand ranging from buyers looking to hedge anticipated inflation or the need to rebalance portfolios that have become underweight in real estate due to the rebound in the stock market. Added to that is how fundamentals in many sectors are strong right now with occupancies and rents on the rise. “All of these factors are adding up to a huge pent-up demand for product,” adds Tramuto.