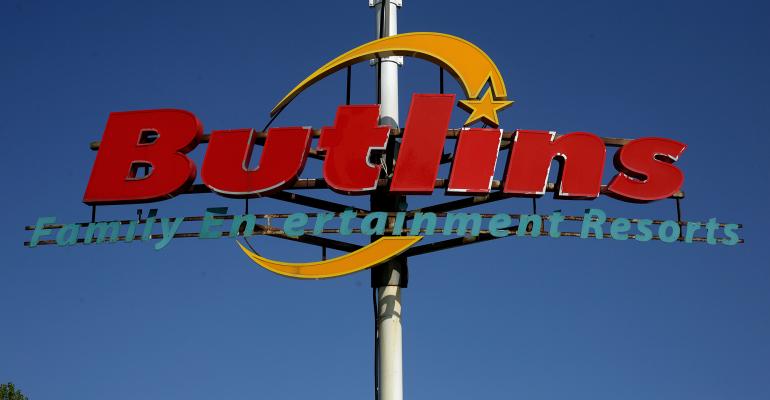 The potential rewards for private equity firms are underpinned by the growing allocations to real estate among pension funds and insurance companies.

The Sun’s front page teased readers that foreign travel curbs meant they’d be splashing their cash at the much-maligned seaside town of Bognor Regis this year. Less than two weeks earlier, it had emerged Blackstone was in talks to spend about 900 million pounds ($1.3 billion) on a majority stake in the owner of Butlins, which has run a popular holiday park in the south-England town for 60 years.

The private equity giant is leading cash-rich peers including Lone Star and KKR & Co. in preparing for a world beyond the pandemic as the rollout of vaccines hints at commercial properties stirring back to life. Buyout firms’ global real estate funds are now sitting on more than $300 billion of unspent cash, according to Preqin data.

“There is a lot of money on the sidelines looking for yield and you have a market that will rebound quite considerably,” said Keith Breslauer, founder of London-based real estate private equity firm Patron Capital Advisers LLP. “That’s why 2021 is interesting.”

More than a decade on from the last financial crisis when buying at the bottom was a one-way bet, the dynamics are a bit different this time. Back then rent was still coming in and much of the distress was debt related, meaning those with money could buy cheap and ride the recovery as interest rates collapsed and asset values rose.

This time, hotels, leisure parks and malls have seen their incomes evaporate as the world essentially shut down. Lockdowns pushed about $146 billion of commercial real estate into distress, serious risk of bankruptcy or default at the end of last year, concentrated in hotels and retail, according to Real Capital Analytics, a commercial property data firm.

Buyout firms seeking to repair those income streams as economies reopen expect to be richly rewarded when they sell them on to pension funds that are now even hungrier for yield in a world of negligible interest rates.

“This year you will see some of the foundations of real success being laid by some of the smartest investors,” said Alex Price, chief executive officer of Fiera Capital Corp.’s U.K. real estate unit. “Post-financial crisis all you needed was the cash to buy assets and a rising market made everyone look like heroes. This time you are going to need to be much more selective and have the skill set to execute highly transitional assets strategies.”

Blackstone’s real estate deal pipeline has swollen in the past two months as lockdowns pile pressure on struggling landlords and operating companies, according to people with knowledge of the money manager’s plans who asked not to be identified discussing internal information. British lender Natwest Group Plc appointed PricewaterhouseCoopers to help sell a portfolio of loans secured against U.K. malls with a face value of about 550 million pounds, people familiar with the process said. The instruction was first reported by React News.

“We are increasingly seeing owners who are losing interest, losing money or losing hope, and are now considering transacting,” said Bill Benjamin, head of real estate at Ares Management Corp. “There will be some very exciting cyclical opportunities to buy assets at deep values.”

Pimco teamed up with mall landlord NewRiver REIT Plc to buy a mall in the center of Sheffield, England, at a “significant discount,” according to a Feb. 19 statement. The site can accommodate 1,100 rental apartments and dorms for 300 students. Deals for European hotels will rebound in the second half of this year, according to a report published Monday by broker Cushman & Wakefield Plc, which said investors have raised “notable capital” for when opportunities emerge.

The potential rewards for private equity firms are underpinned by the growing allocations to real estate among pension funds and insurance companies. Investors’ target allocation for real estate reached 10.6% in 2020, according to an annual survey of 212 institutions managing about $12.6 trillion conducted by Hodes Weill & Associates LP and Cornell University. That’s the highest since the series began in 2013.

“There is a near-insatiable appetite for income and duration, so if we can re-manufacture risk for something that looks like income and duration we are going to get well paid for it,” Ric Lewis, chief investment officer and co-founder of London-based private equity firm Tristan Capital Partners, said at an event hosted by law firm Goodwin.

Widespread state and central bank support, coupled with a more conservative approach to borrowing by real estate investors in the run-up to the outbreak, has held off fire sales so far. Commercial real estate prices also adjust to economic shocks at a glacial pace, as valuations are based on comparable transactions that all but dried up in the pandemic.

“There will be selective distressed opportunities that come up, but at the moment we don’t see anyone needing to fire sale because the banks have generally been cordial in managing things through,” said James O’Neil, a senior director at CBRE Group Inc. in London. “So those people that bought at discounted share prices may look very shrewd in their timing.”

As the vaccine rollout gathers steam, attention is now turning to what happens when government support and bank forbearance expires. For private equity firms looking for real estate bargains, it should mean opportunity, according to Breslauer at Patron Capital, which finished raising its latest fund in January.

“Banks have basically deferred decisions until the third quarter of this year because by then we’ll know where we stand” with vaccinations, he said. “There is definitely more distress coming, if it happens it’ll be over the next six to nine months.”