/sites/all/themes/penton_subtheme_wealthmanagement/images/logos/footer.png
It's Time to Grow
BROUGHT TO YOU BY 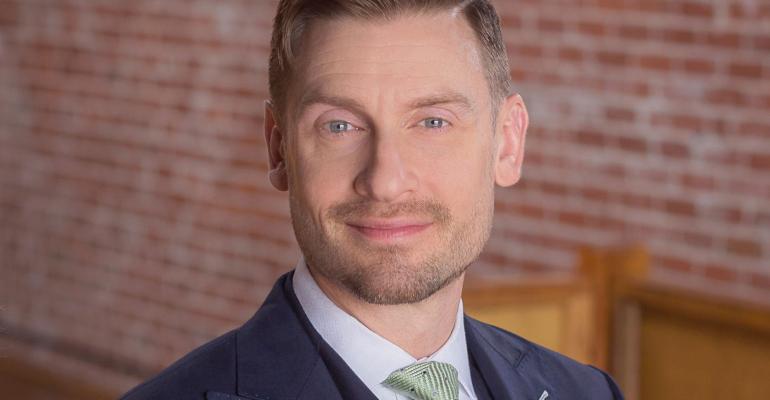 The Power of Support

A Difference That Matters

It's Time to Grow

To and Through Retirement
Tweets by VoyaFA

After spending most of his career as a financial advisor in a captive wirehouse environment, Nathan Sanders felt it was time for a change. With nearly two decades of experience as a wealth manager, this advisor from South Carolina was ready to launch his own practice. Little did he know, however, that it would take him seven years to actually make that change. “At first, the idea of leaving was scary,” says Sanders, who founded Sanders Wealth Management in Greenwood, S.C., in 2017. “When you spend 17 years somewhere, you can get pretty comfortable. Then there are the deterrents set up to make it difficult for advisors to leave.” Sanders isn’t alone: The trend of advisors breaking away from wirehouse firms continues to surge.1 Indeed, the idea of navigating non-solicitation agreements and other potential practice management roadblocks was just enough to keep Sanders from pursuing independence. In 2017, however, Sanders realized that it was now or never: “There comes a time when you have to ask yourself whether you’re the type of person who can take the risk to finally do something you really want to do,” he says. “And I’m so happy I did. The lesson is that if you just try, you can do it.”

Independence appealed to Sanders, both for what the move could mean for his practice and his clients. On the practice side, Sanders wanted more latitude to manage growth in ways that didn’t work in a captive environment. That could mean hiring other advisors or support staff, or deciding to shift the practice’s focus to a particular client niche. Meanwhile, Sanders believed the shift to independence would benefit his clients by allowing him to better serve them as individuals. “Each client has different needs, and those needs can be satisfied by a wide array of investments,” he says. “I wanted to be able to find the best solutions for each individual. I didn’t want to have to rely on a cookie-cutter approach that tries to be all things to all clients.”

Once Sanders was ready to shift away from the captive environment, he started to do his research. He flew to Boston, San Diego, Charlotte and other destinations to find out which broker-dealers would offer the support he needed to open up his own practice.

Back home in South Carolina, Sanders met with Ronnie Metcalf, a Voya Financial Advisors OSJ he’d known for several years. Voya’s strong brand appealed to Sanders; he wanted to partner with a broker-dealer that clients would trust and feel secure working with. Metcalf helped address many of Sanders’ concerns about launching his practice, from the mechanics of the transition to the support Voya would offer Sanders and his staff during the process. The meeting helped convince Sanders that he’d found the right broker-dealer. “I told him I was ready to make this move, and wanted to know what the next steps were,” says Sanders.

Voya’s transition process was one of the key selling points. Sanders says a dedicated transition team came to South Carolina for several weeks to help him shift to his new practice. That work included on-site help with all aspects of onboarding — even filling out necessary paperwork, from state licensing to client onboarding documents. The team also helped train Sanders’ staff on a range of procedures. “When you come here, you’d think my staff has been with Voya for years,” says Sanders. “And the transition team doesn’t go away after a couple of weeks. They’ve kept coming to help, and my staff still calls them when they need help.”

Meanwhile, Sanders leaned on Voya during the transition process. Sanders knew he wanted a modest office —
a lavishly designed space, he says, wouldn’t impress his clients.
He and his staff scouted the area and settled on a 2,400-square-foot spot in a well-traveled area of Greenwood. Sanders needed help setting up the office — something Sanders had never had to before. “I had so many technical questions,” says Sanders. “I needed to know what computers I should get, or which phone system to choose.”

Sanders got those answers — and more. He received advice and guidance on even seemingly minor details, such as the type of awning and sign lighting he should have. He was even able to use Voya’s nearby offices to meet with clients until Sanders’ new space was ready. “The Voya team helped me avoid plenty of mistakes,” says Sanders. “They made it clear that they’re invested in my success. They want to see me win.”

Sanders officially made the transition to his new practice right after Memorial Day in 2017. Any concerns about having enough clients to sustain his practice had evaporated. “Before making this move, I really thought that my clients weren’t with me as much as they were with the firm I worked for,” says Sanders. “But that was absolutely false. If you’ve served your clients in the right way, they’ll be there for you and will continue to support you.”

Voya has helped Sanders maintain the wealth management approach he’s honed in his nearly two-decade career. Investment management is the cornerstone of that approach: Sanders spends much of his time working with clients to build the right investment and financial plans for their unique needs. That includes identifying the client’s risk tolerance, crafting an appropriate asset allocation strategy, and choosing investments that will help clients meet their goals. Sanders relies on investment management tools and advisory resources available through Voya to evaluate investments, build client-facing investment proposals, and monitor and manage client portfolios.

Voya also has given Sanders more support in helping clients with the planning side of the wealth management process. Sanders can draw on the expertise of Voya advanced planning specialists — an experienced team of CFP® professionals. They support Sanders during in-depth discussions about clients’ financial lives, from the assets they own to how they plan on paying for their kids’ college education. Armed with that information, the advanced planning specialist creates a financial plan that Sanders can present to the client. The advanced planning specialist is even available to join Sanders for client conversations. “This isn’t a cookie-cutter plan,” says Sanders. “It truly is a holistic wealth management plan for the client.”

To support this personal attention, Voya’s technology allows clients to see in real-time how small adjustments can affect their overall plan. For instance, a client may want to see the potential impact of delaying Social Security benefits by a year or changing retirement income targets. Clients also can access their plans online at any time, allowing them to experiment with different retirement scenarios.

Clients aren’t the only ones who benefit from Voya’s technology infrastructure. Sanders now has access to technology for investment research, account management and back-office support. An open architecture approach gives Sanders discretion to choose the programs and platforms that work best for his practice and for his clients. “If I don’t need a particular piece of technology, I don’t use it,” he says. “Voya can just turn access on or off at the flip of a switch.”

This customized approach aligns with Sanders’ wealth management process: His goal in launching Sanders Wealth Management was to provide truly individualized service to his clients, as well as make his own choices on how to manage and grow his practice. The Voya brand has become a powerful presence at Sander’s practice; it’s his relationship with Voya that Sanders believes will help take his practice to the next level. A year after deciding to partner with Voya, Sanders says he’s optimistic about the future of his growing practice. “If you do the right thing and always look to benefit the client first, you’re going to win,” he says. “It’s a no brainer.”

The trend continues of advisors moving from captive environments to independent broker-dealers as more search for greater control over their practices. But that doesn’t have to mean making these transitions alone: By partnering with an established and respected broker-dealer such as Voya, advisors can maintain their independence while also taking advantage of a strong support network that can help their practices grow, mature and thrive.