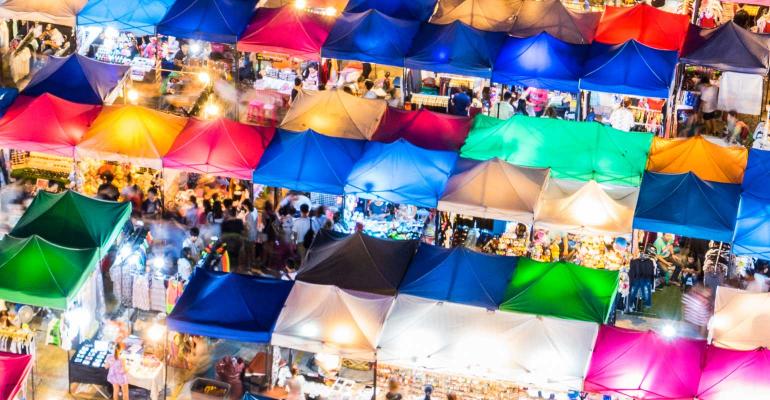 With the Political Storm Subsiding in Europe, Investors Can Return to Fundamentals

The victory of moderate, pro-Europe candidate Emmanuel Macron has removed much of the uncertainty that had been weighing on European markets. While there are further polls slated for 2017, including the surprise U.K. election in June, the potential for disruption via the election of an extreme anti-Europe candidate no longer appears to be a serious threat. This allows investors to focus on the fundamentals of the European economy and market valuations.

Overall, the European economy has been doing very well. Growth momentum in the region is now more self-sustained. Leading indicators reinforce the view that growth will pick up in 2017 and into the next year. In my view, inflationary pressures do not currently represent a major concern. I see them as having already peaked, and there is limited evidence that core inflation is exerting upward pressure on the headline inflation rate.

Having navigated through what could have been a make or break few months for the euro zone, attractive opportunities for investors in European fixed income markets are becoming clearer, especially in sovereign credits. However, investors still need to be selective.

The term peripheral European debt is a designation often used collectively; the opportunity set is often viewed through the lens of an over-arching risk-on or risk-off trade. However, differentiation among the specific credits is key.

Portugal is one such sovereign where fundamentals have been overshadowed by the market’s perception of European risk. It is a split-rated sovereign, meaning it is rated below investment grade by some rating agencies and investment grade by others. Given the strengthening fundamentals, this sovereign appears poised for an upgrade to investment grade. If this happens, then Portugal would be included in investment-grade indices and attract a significant cohort of investors able to allocate to the sovereign. A number of factors point to a potential upgrade. In particular, the Portuguese government appears stable and has the ability to execute on fiscal policy objectives. In some cases, these goals actually exceed European Commission targets. Portugal is likely to run a primary surplus of 2% of GDP in 2017 and see the overall budget deficit drop to 2% of GDP. Furthermore, the European peripheral economy is growing faster than the euro area average.

Rating agencies have been slow to react to this fundamental improvement. As a result, select non-core European markets such as Portugal, whose benchmark 10-year sovereign bonds offer a yield of more than 3% higher than that of the German equivalent, present an opportunity to investors.

In other European peripheral markets, opportunities lie in currencies. Specifically, the Czech Republic, Poland and Hungary have currencies that appear undervalued. Over the past few years, the macroeconomic picture has improved in these countries, with solid employment and higher real wage growth expected to support consumption. But currencies have not reflected these improved fundamentals.

As the European economy gains momentum, some peripheral economies may have the potential to lead the way and embark on an accelerated pace of growth. While this in itself is supportive of currencies, an additional tailwind could come from monetary tightening. I expect the central banks of these countries to tighten policy more rapidly than the European Central Bank and the U.S. Federal Reserve.

Credit Where Credit Is Due

Throughout Europe, we have seen balance sheets continue to strengthen. However, a sector that has had its own unique challenges has been banking, with Italian banks perhaps having an even greater challenge. Some very attractive opportunities now exist, as banks previously seen as undercapitalized have improved their balance sheets. This has been achieved through the disposition of troubled assets, new senior management appointments, restructuring and recapitalization.

Unicredit is a good example. The group has already raised €13 billion in fresh equity and is implementing a €7 billion divestment. Alongside this, a significant proportion of their non-performing loans are being sold off to a third party.

These examples provide the sort of analysis that can reveal investment opportunities in Europe, now that political uncertainty is waning. Owning a global bond portfolio, like Capital World Bond Fund®, can provide investors exposure to such opportunities in peripheral Europe. Portfolio managers and research analysts can select countries, currencies, sectors and securities where they expect better outcomes. Investments are not FDIC-insured, nor are they deposits of or guaranteed by a bank or any other entity, so they may lose value.

Investing outside the United States involves risks, such as currency fluctuations, periods of illiquidity and price volatility, as more fully described in the prospectus. These risks may be heightened in connection with investments in developing countries.

The return of principal for bond funds and for funds with significant underlying bond holdings is not guaranteed. Fund shares are subject to the same interest rate, inflation and credit risks associated with the underlying bond holdings. Lower rated bonds are subject to greater fluctuations in value and risk of loss of income and principal than higher rated bonds. While not directly correlated to changes in interest rates, the values of inflation-linked bonds generally fluctuate in response to changes in real interest rates and may experience greater losses than other debt securities with similar durations.

Investors should carefully consider investment objectives, risks, charges and expenses. This and other important information is contained in the fund prospectuses and summary prospectuses, which can be obtained from a financial professional and should be read carefully before investing. The material must be preceded or accompanied by the American Funds Emerging Market Bond Fund prospectus. Securities offered through American Funds Distributors, Inc.

Past results are not predictive of results in future periods.

Statements attributed to an individual represent the opinions of that individual as of the date published and do not necessarily reflect the opinions of Capital Group or its affiliates. This information is intended to highlight issues and not to be comprehensive or to provide advice.