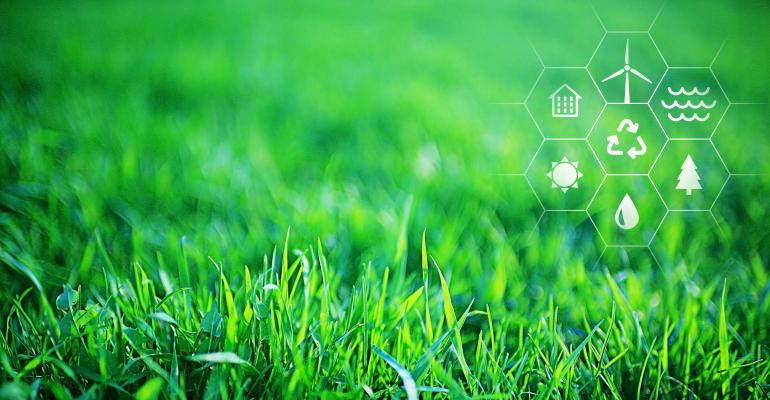 What the U.S. withdrawal from the Paris Agreement means for green bonds.

President Trump announced the U.S. withdrawal from the 2015 Paris Agreement on Climate Change, in which nearly 200 countries have pledged to reduce greenhouse gas emissions to limit global warming. There is uncertainty about what this decision will mean for future U.S. policy, given an approximately four-year process to withdraw. While Trump did pledge to re-negotiate the terms, he also announced that current commitments will not be implemented and provided no details on how the U.S. will address climate change, if at all. The Agreement may be weakened as a result, but other large countries (including China and India) and the EU have pledged to remain regardless of what the U.S. does. Beyond increased rhetoric in the near term, it is not clear if Trump’s decision will have a long-term impact on addressing climate change. Theoretically, a “better deal” could result from Trump’s promise to re-negotiate the Agreement, but he would need to convince the rest of the world.

What Does this Mean for Green Bonds?

Regardless of the future of the Paris Agreement, the green bonds market continues to have significant growth potential:

The U.S. has thus far had a relatively small presence in the global green bonds market. Europe, and more recently China and other emerging markets, have played a much greater role in the development of the market in terms of formulating policies that support market growth. Even though the U.S. has ceded its position on the issue of climate change, other countries will likely continue to make progress on renewables, electric vehicles, etc., providing a strong project pipeline for green bonds.

Corporate America and U.S. States are on Board

The green bonds market in the U.S. has developed with little support from the federal government. A wide range of companies had urged the administration to remain in the agreement, and corporate issuers like Apple have issued green bonds both to tout their environmental stewardship and in response to investor demand. Much of the growth in the U.S. has been in the municipal market, which is expected to continue to expand given the massive infrastructure investment needed (note that tax-exempt munis are not included in VanEck Vectors® Green Bond ETF’s (GRNB) Index). Twenty states, most notably California, as well as several U.S. cities are pursuing ambitious emissions reductions programs, many in alignment with the goals of the Paris Agreement.

Electricity generated from coal has declined by more than 30% from 2005 to 2010, and nearly half of all U.S. power plants that were retired since 2006 were powered by coal.1 Solar and wind power costs are becoming more competitive and solar-related jobs in the U.S. grew 25% last year.2 Chinese coal consumption is also declining as China’s central government continues to adopt policies that favor renewables. Green bonds will play a role in financing the continued transition to renewables.

There is now $22.9 trillion invested globally in strategies that consider ESG (environmental, social, and governance) factors,3 with $8.7 trillion in the U.S (representing 1/5 of all professionally managed AUM, and up +33% since 2014).4 Signatories to the UN PRI (United Nations Principles for Responsible Investment) represent approximately $62 trillion in AUM,5 and signatories to the Paris Green Bond Statement total $10 trillion.6 Investors are increasingly pushing companies to address climate risks. President Trump’s Paris Agreement decision may even may even help mobilize additional capital into environmentally aware strategies such as green bonds.

The U.S. withdrawal from the Paris Agreement is, at the very least, a psychological blow to those concerned about climate change risks. But the ultimate impact remains unclear. It is instructive to recall that the U.S. has actually been a leader in reducing carbon emissions even prior to the Paris Agreement. The Paris Agreement was a major diplomatic achievement, but it is far from perfect (first because its targets are not enforceable and, second, because many see it as inadequate in its current form). The transition to a low carbon economy is already happening both in the U.S. and globally. This transition requires massive amounts of investment, and green bonds will be part of that.

VanEck Vectors Green Bond ETF (GRNB) is the first U.S.-listed fixed income ETF to provide targeted exposure to the fast-growing green bonds market. GRNB was launched on March 3, 2017, and seeks to track the performance and yield characteristics of the S&P Green Bond Select Index (SPGRNSLT), part of a suite of green indices introduced by S&P.

4Source: US SIF Foundation, “Report on US Sustainable, Responsible and Impact Investing Trends 2016”

Any indices listed are unmanaged indices and include the reinvestment of all dividends, but do not reflect the payment of transaction costs, advisory fees or expenses that are associated with an investment in a fund. An index's performance is not illustrative of a Fund's performance. Indices are not securities in which investments can be made.

This content is published in the United States for residents of specified countries. Investors are subject to securities and tax regulations within their applicable jurisdictions that are not addressed on this content. Nothing in this content should be considered a solicitation to buy or an offer to sell shares of any investment in any jurisdiction where the offer or solicitation would be unlawful under the securities laws of such jurisdiction, nor is it intended as investment, tax, financial, or legal advice. Investors should seek such professional advice for their particular situation and jurisdiction.

The information herein represents the opinion of the author(s), but not necessarily those of VanEck, and these opinions may change at any time and from time to time. Non-VanEck proprietary information contained herein has been obtained from sources believed to be reliable, but not guaranteed. Not intended to be a forecast of future events, a guarantee of future results or investment advice. Historical performance is not indicative of future results. Current data may differ from data quoted. Any graphs shown herein are for illustrative purposes only. No part of this material may be reproduced in any form, or referred to in any other publication, without express written permission of VanEck.

An investment in VanEck Vectors Green Bond ETF (GRNB) may be subject to risks which include, among others, credit rating downgrades, issuers that may be unable and/or unwilling to make timely interest payments and/or repay the principal on its debt, high yield securities risk, call risk, and interest rate risk, all of which may adversely affect the Fund. International investing involves additional risks which include greater market volatility, the availability of less reliable financial information, higher transactional and custody costs, taxation by foreign governments, decreased market liquidity and political instability. Changes in currency exchange rates may negatively impact the Fund's return. The Fund's assets may be concentrated in a particular sector and may be subject to more risk than investments in a diverse group of sectors.

S&P DOW JONES INDICES DOES NOT GUARANTEE THE ADEQUACY, ACCURACY, TIMELINESS AND/OR THE COMPLETENESS OF THE INDEX OR ANY DATA RELATED THERETO OR ANY COMMUNICATION, INCLUDING BUT NOT LIMITED TO, ORAL OR WRITTEN COMMUNICATION (INCLUDING ELECTRONIC COMMUNICATIONS) WITH RESPECT THERETO. S&P DOW JONES INDICES SHALL NOT BE SUBJECT TO ANY DAMAGES OR LIABILITY FOR ANY ERRORS, OMISSIONS, OR DELAYS THEREIN. S&P DOW JONES INDICES MAKES NO EXPRESS OR IMPLIED WARRANTIES, AND EXPRESSLY DISCLAIMS ALL WARRANTIES, OF MERCHANTABILITY OR FITNESS FOR A PARTICULAR PURPOSE OR USE OR AS TO RESULTS TO BE OBTAINED BY VANECK, OWNERS OF THE FUND, OR ANY OTHER PERSON OR ENTITY FROM THE USE OF THE INDEX OR WITH RESPECT TO ANY DATA RELATED THERETO. WITHOUT LIMITING ANY OF THE FOREGOING, IN NO EVENT WHATSOEVER SHALL S&P DOW JONES INDICES BE LIABLE FOR ANY INDIRECT, SPECIAL, INCIDENTAL, PUNITIVE, OR CONSEQUENTIAL DAMAGES INCLUDING BUT NOT LIMITED TO, LOSS OF PROFITS, TRADING LOSSES, LOST TIME OR GOODWILL, EVEN IF THEY HAVE BEEN ADVISED OF THE POSSIBILITY OF SUCH DAMAGES, WHETHER IN CONTRACT, TORT, STRICT LIABILITY, OR OTHERWISE. THERE ARE NO THIRD PARTY BENEFICIARIES OF ANY AGREEMENTS OR ARRANGEMENTS BETWEEN S&P DOW JONES INDICES AND VANECK, OTHER THAN THE LICENSORS OF S&P DOW JONES INDICES.

Fund shares are not individually redeemable and will be issued and redeemed at their Net Asset Value (NAV) only through certain authorized broker-dealers in large, specified blocks of shares called "creation units" and otherwise can be bought and sold only through exchange trading. Shares may trade at a premium or discount to their NAV in the secondary market. You will incur brokerage expenses when trading Fund shares in the secondary market. Past performance is no guarantee of future results. Returns for actual Fund investments may differ from what is shown because of differences in timing, the amount invested, and fees and expenses.

Investing involves substantial risk and high volatility, including possible loss of principal. Bonds and bond funds will generally decrease in value as interest rates rise. An investor should consider the investment objective, risks, charges and expenses of the Fund carefully before investing. To obtain a prospectus and summary prospectus, which contains this and other information, call 800.826.2333 or visit vaneck.com. Please read the prospectus and summary prospectus carefully before investing.