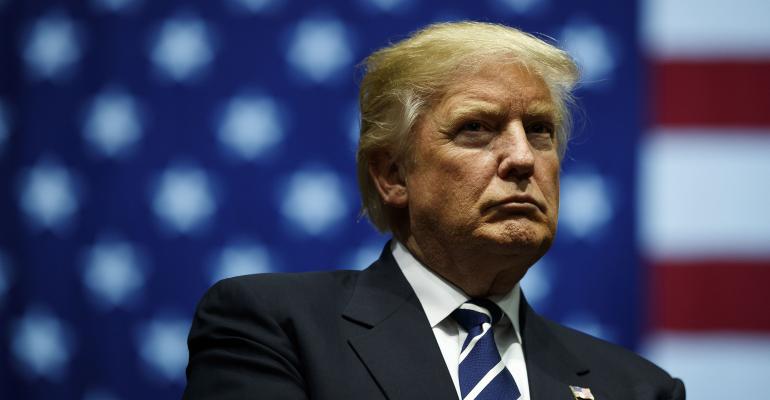 From Macro Outlook to Investment Strategy

By Jamie Lewin and Alicia Levine

President Trump’s policy agenda and its far reaching implications for growth, regulation, trade and geopolitics is likely to be the overarching focus for markets in 2017. What makes this so intriguing from an investment strategy perspective is that embedded in this agenda are themes that speak to elevated risks at both ends of the risk spectrum. The right tail is dominated by growing economic growth optimism fueled by a combination of fiscal policy and deregulation. The left tail is dominated by unprecedented levels of political and policy uncertainty that threatens to drive up the risk premium of risk assets.

Over the course of a three part series, we examine Trump’s policy and resulting economic policy shifts, the potential impact to U.S. and global markets and three primary investable themes BNY Mellon Investment Management has identified for investors. In part one, we cover the macroeconomic trends impacting the markets and the first investible theme: global reflation.

The Trump agenda presents investors with three broad economic policy pivots. The first notable change is that the engine of the growth stimulus has shifted from monetary policy to fiscal policy, as a pro-growth fiscal agenda sweeps over the economy. This emphasis on lower corporate and individual tax rates, repatriation of over $2+ trillion in overseas U.S. corporate profits and infrastructure spending has already produced significant moves in consumer and business sentiment.

Second, the promise of deregulation is a significant pivot from the previous administration as Congress and the President have quickly settled into repealing a significant chunk of the Obama regulatory regime including Dodd-Frank and the DOL fiduciary rule. This lessening of the regulatory burden is expected to encourage credit investment and private sector consumption growth. Sectors such as finance, energy, automobile, infrastructure and small businesses in particular should be prominent beneficiaries of this deregulatory push.

The third notable policy pivot is the pledge to move away from multilateral international trade regimes in favor of a greater focus on state-led industrial policy and bilateral trade deals. This shift embeds within it some of the greatest risks for the economy. What new trade regimes ultimately develop from this shift may be less important than the heightened uncertainty and the inability to predict process or outcomes which are critical foundations of a stable economic and capital market environment.

Taken together, the economic environment of 2017 has the potential to be an inflection from the “low and slow” backdrop of previous years. The baseline expectation for 2017 is that fiscal stimulus and deregulation will encourage investment growth and consumption with the potential to add 1 percent to 1.5 percent to GDP over the next two years. The reflationary policies of the Trump administration, coming on top of recent moves in inflation rates are likely to send inflation expectations higher still. Global growth prospects have also improved, propelled by stronger manufacturing activity in China and a notable uptick in activity in Europe. However, unprecedented uncertainty associated with domestic and foreign policy choices, implementation and outcomes is likely to be a source of volatility for all asset classes in the near future, even as risk assets markets move higher in the near term.

On its face, the agenda of lower taxes, infrastructure spending, deregulation and repatriation should reinvigorate businesses optimism, encourage greater investment and lead to marginally higher growth rates. Broadly speaking, these conditions tend to be very positive for growth sensitive assets, particularly equities. A cut in corporate tax rates should increase corporate earnings, supporting stock prices. Even if the underlying growth rate of the economy does not accelerate, corporate tax cuts alone should be sufficient to support the recent move in equity prices into the next 6-12 months through the impact on reported earnings. Beyond the U.S., economic conditions in Europe and Asia have improved and recent data releases suggest these improvements can be sustained throughout 2017.

Notwithstanding the scope for upside growth surprises, the mood in early 2017 has softened somewhat and investors appear to be taking a more cautious stance on the prospects for an acceleration in growth.  Counterintuitively, this sentiment is a necessary condition for risk assets to rally further if growth does indeed improve during the course of the year.

The expectation for global economic reflation suggests that investors should allocate some capital to actively managed global opportunities, both particularly US and global equities and global fixed income.

Markets are also are signaling the potential for a period of strong performance for active management.  We are witnessing an emergence of the conditions that we believe are necessary (but not sufficient) for active management success.  After a prolonged period of elevated correlations and lower relative risks within and across risk asset classes, equity markets and sectors, we believe correlations are falling and security specific volatility is rising.  In general, the benefit from active management requires securities relative to each other and relative to the indices they comprise to diverge in performance.  Analysis suggests this is beginning to happen.  In a world where expected returns for market risk are subdued, active returns should be more explicitly emphasized as a driver of capital growth and income generation for investors.

Further, notwithstanding the expectation for reflation, capital allocations must always be mindful on the left tail, particularly when markets are expensive and can be affected by unknowable policy choices.   It behooves investors to allocate capital to absolute return strategies and alternative asset classes.  The types of alternatives provide a necessary cushion should the left tail dominate markets, whether for a few weeks or for an extended period of time.