/sites/all/themes/penton_subtheme_wealthmanagement/images/logos/footer.png
Recent
Recent
Why the Shift to a Longer-Term ‘Business Owner’ Mentality Is Driving Movement
May 27, 2022
NYC Luxury Theft Boss Planned Own ‘Department Store,’ City Says
May 26, 2022
Seven Must Reads for the CRE Industry Today (May 27, 2022)
May 26, 2022
What’s the State of the Capital Markets for Cannabis Real Estate?
May 26, 2022
Featured
The 10 Best and 10 Worst States in Which to Retire in 2021
Jul 15, 2021
Poll: 15 Classic Books on Investing and the Markets
Apr 03, 2020
Fifteen Must-Listen Business Podcasts for Advisors
Aug 14, 2020
Celebrity Estates: Jay Leno and Planning for Classic Car Collections
Feb 22, 2022
Low Volatility Investing
brought to you by 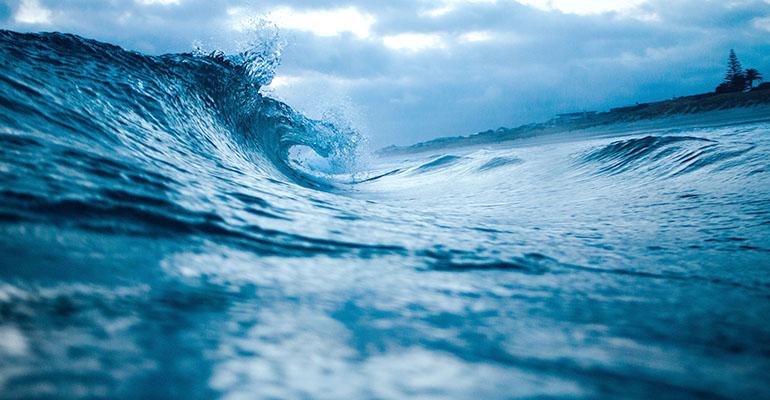 Low Volatility_2016 and Beyond
Investment

Low Volatility: 2016 and Beyond

Low-volatility strategies added value in a challenging year – and could be useful in the uncertain year ahead.

Q: Mike, how did the year look from the point of view of a low-volatility investor?

A: 2016 was a year of booms, busts, global financial disturbances, macro issues like Brexit and the US election – in short, a very, very good time to be focused on low volatility, high dividend strategies.

A: If you think back to the beginning of 2016 compared to today's environment, you’d think we were on a different planet. We were talking about global recession and the onset of another crisis. Markets were plunging, with the broad indices through mid-February declining, some over 10%. It reminded us during this period the importance of sector allocation -- even in this period of extreme fear, we saw significant dispersion across sectors. Through mid-February, you saw the value of defensive investing in quality sectors, things like utilities and telecoms actually posting positive numbers for that period, up about 5% or 6%, comparing that to financials which declined nearly 20% in that period. The VIX had risen over 60% and the sell-off was fairly broad-based on a global basis with both the US and emerging markets down over 10% and even developed international equity markets down over 13%.

That's in stark contrast to the remainder of the year – particularly since the election on November 8th. In the second part of the year, since the lows of February 11th, we saw a fairly broad market rebound of over 25%, until November 8th. We saw cyclicals rising over 20% in this period, outperforming defensives, particularly in the IT, financials, and energy sectors. We saw the VIX fall over 50%. Then after the election of President-elect Trump, you saw a very, very narrow market rally, with things like financials rocketing up almost 16.5% in that month-and-a-half time period before year's end.

Q: And for low-volatility stocks?

A: Our low-volatility, high-dividend strategy, as represented by the QS Low Volatility High Dividend Index, turned in a very respectable total return of 18.6% for calendar 2016.

In the first part of 2016, from the beginning of the year right through the lows of February 11th, the market was down nearly 10%, but the low-vol strategy was down less than 3%. That’s the downside protection that we aim for with the low volatility strategy, acting as a shock absorber.

In fact, looking at the 10 worst trading days of the year, the strategy outperformed the broader market on nine out of 10 of those days by an average of over 1%.

Q: What about income, volatility and valuation?

A: The LVHD indexes all have dividend yields over 4%-- extremely attractive in this income starved environment. Domestically speaking, the US Index had 20% less volatility than both the S&P 500 and the Russell 3000, and with a much more attractive valuation than the market.

In terms of valuation, the rebalancing mechanism within the low-vol strategy is how that's achieved. In every quarter, the stocks in our strategy are re-evaluated, things that deteriorate fundamentally or things that have increased in volatility can be sold, seeking to improve valuation. So even though the strategy finished the year up 18.6%, the P/E ratio was 16.9 times earnings – a discount to the market; the Russell 3000 Index finished the year at 22 times earnings.

Q: What about the impact of the post-election spike in yields, followed by the Fed rate hike in December?

A: We ran into a new sentiment environment post the November 8 election, where we saw a very sharp move in rates – you saw a 30% move in the 10-year yield – the largest rate spike since the “Taper Tantrum” of 2013. Our research has shown that in most kind of markets, low-vol types of strategies can keep up in rising rate environments – but a market in which rates rise steeply and quickly would be more of a challenge. Sure enough, the Russell 3000 was up 5.8% from November 8 to the end of the year, the S&P500 was up 5.0%, and the strategy finished up 4%. – consistent with our expectations for upside- and down-side capture—close to 70% of the market upside, but close to 50% of the downside.

Q: What about developed markets outside the US?

A: That’s actually when the developed-market strategy showed its strength. The LVHI Index was up 6.3% post-election. That compares to the EAFE index which was up 1.9% A lot of that has to do with the fact that this index is hedged against changes in the U.S. dollar. Now as we approach record highs in the US, it’s an appropriate time to start thinking about broadening out equity exposure and diversifying into both developed international as well as emerging markets.

Q: So what does the year ahead look like for low-vol?

A: There’s certainly been a sentiment shift post-election where we really haven’t seen this type of exuberance about the equity markets or about potential for economic growth since the 2008 financial crisis, and that’s had a major impact on markets, to the point that many people are now questioning whether a low-volatility strategy makes sense going forward. We think they do. Both in terms of income and in terms of capital preservation.

Q: So capital preservation is a likely focus?

A: That's the way it seems to us. While there’s tons of positive sentiment in the market, we still see a significant amount of uncertainty despite people’s optimistic outlooks. One macroeconomic commentator has called 2017 the most uncertain year since World War II. Potential areas of disruption include, and just to name a few: policy disappointments at the length of time it takes to put new policies in place; China's leadership transition at the end of this year; major elections in both Germany and France which could call into question the entire European project. So we do expect volatility to very much continue – not counting the possibility that the Fed may have to start to raise rates quicker than they had anticipated if economic growth does indeed take off.