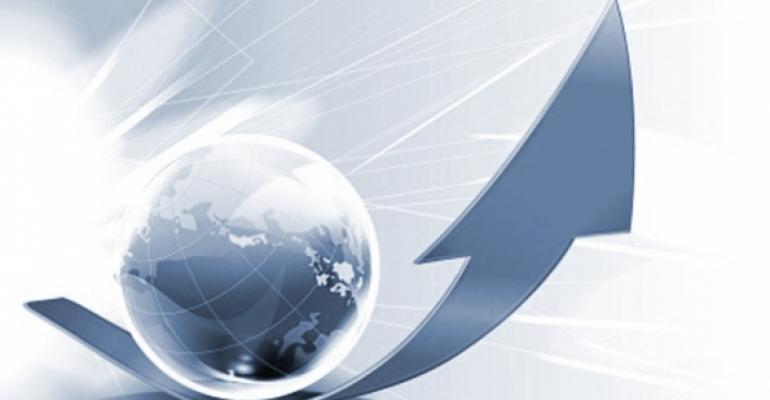 The Importance of a Strategic Allocation to Global Assets

Having some sort of international allocation is critical to maintaining optimal performance in most long-term portfolios.

The MSCI Emerging Markets Index returned a whopping 37.8% in 2017, while the MSCI EAFE Index, which measures the equity market performance of developed markets outside of the U.S. & Canada, gained 25.6%. These were the two best-performing asset classes of the year.

Both time periods are completely arbitrary, but they underscore an important point about global diversification. While there is no one-size-fits-all approach for everyone, having some sort of international allocation is critical to maintaining optimal performance in most long-term portfolios. This is one of the core principles of asset allocation that I try to get across to my clients.

The Benefits of Having A Global Allocation

Because of globalization, it’s become increasingly difficult, perhaps impossible, to avoid having at least some sort of international exposure in your investment portfolio today. Most U.S. large caps count international sales as a major revenue source; for example, international sales accounted for 59% of Apple’s revenue and 40% of Starbucks’ revenue in the second quarter 2019.

But owning Apple or Starbucks and saying you’re globally diversified is inadequate. A true allocation to global assets means looking beyond U.S. companies. According to Vanguard, U.S. equities accounted for 55% of the global equity market as of September 2018, leaving the remaining 45% available for capital allocation.

Diversifying to global equities minimizes the likelihood that one market downturn will have an outsized effect on total portfolio performance. So when markets like the Hang Seng get punished, the damage is limited.

More importantly though, research has found that, historically, globally diversified portfolios have generally outperformed their non-diversified counterparts. According to Charles Schwab, not only did a globally diversified portfolio outperform both the S&P 500 and a conservative 60/40 U.S. stock/bond blend from Jan. 1, 2001 to Sept. 30, 2019, but it also held up better during both economic recessions during that time.

This happens because markets are cyclical. In the 1980s, international stocks crushed the U.S. That was followed by a stark reversal in the 1990s. This decade, the U.S. has dramatically outperformed the MSCI EAFE.

It may not seem like it, but the dominance of the U.S. over international stocks should eventually change, as it always has. Vanguard’s chief investment officer Greg Davis told CNBC last November that he expects international stocks to outperform their U.S. peers by 3-3.5% over the next 10 years, in part because of increased U.S. valuations.

Globally diversified portfolios are well-positioned to take advantage of growth over long-term time horizons—whichever market it comes from.

Volatility can eat away at returns over time, so it’s important to keep it managed in long-term portfolios. One of the ways we accomplish that is with international diversification.

A report from Vanguard found that having between a 40-50% allocation to international equities actually reduced volatility to below 15%.

“The benefit of global diversification can be shown by comparing the volatility of a global index with that of indexes focused on individual countries,” the report said. “While the United States had the lowest volatility of any individual country examined, its volatility was slightly higher than that of the global market index. Other countries examined had volatilities that were 15% to 100% greater than the global market index.”

The chart below shows this trend. From 1970-2018, a globally diversified portfolio had lower annualized volatility than any individual market.

International investing comes with its own kind of unique risks.

You expose yourself to, among other risks, currency volatility, political instability and economic fluctuation. Plus international markets can be less transparent and harder to navigate than those in the U.S. This is partly why managing global allocations is an area where professionals can come in handy. Advisors with the ability to conduct research on foreign companies and rebalance portfolios based on market performances provide their clients a unique edge.

The importance of rebalancing portfolios, in particular, cannot be understated.

Vanguard estimates that a hypothetical traditional 60/40 U.S. portfolio created in 2014 would now more closely resemble a 70/30 split given the outperformance of stocks over bonds.

According to the 2019 Credit Suisse Global Investment Returns Yearbook, the U.S. stock market accounted for 15% of the world’s total stock market in 1989. At the start of 2019, it was 53%. These disproportionate performances cause portfolio weightings to get distorted from where they started. Having someone who can see these shifts and rebalance accordingly keeps your asset allocation and risk exposure where they should be.

The most common argument you’ll see against international diversification (such that they exist) is that correlations between the U.S. and global markets are shrinking. While this is true, it doesn’t change my view that having a strategic allocation to global assets puts portfolios in the best position to achieve long-term growth.