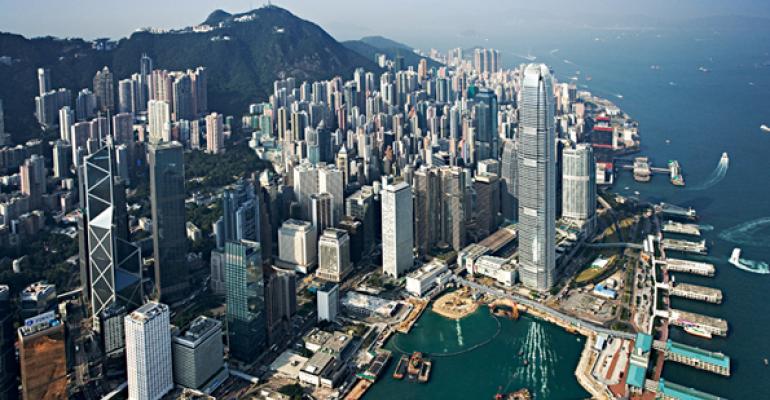 Unlike after SARS, this time Hong Kong has a shortage of supply, flush liquidity and historically low interest rates, Chan said.

(Bloomberg) -- Hong Kong will avoid the kind of property market crash that followed previous economic slumps in the finance hub, according to Financial Secretary Paul Chan.

“We do not see the risk of an off-the-grid type of downfall,” Chan said in an interview Monday with Bloomberg Television’s Yvonne Man.

As Hong Kong’s economy reels from the coronavirus outbreak that has compounded months of social unrest, the world’s most expensive property market risks a sharp decline in values as it did following the Asian financial crisis in the 1990s, the SARS outbreak in 2003 and the global recession in 2008.

Unlike after SARS, this time Hong Kong has a shortage of supply, flush liquidity and historically low interest rates, Chan said.

“If people can keep their job it will be a little easier for them to ride through this difficulty,” Chan said.

The Centaline Property Centa-City Leading Index, which tracks existing home prices, as of Feb. 23 has dropped 6.5% since the end of June.

The Hong Kong budget last week unveiled by Chan includes HK$120 billion ($15.4 billion) in relief spending and ushers in a period of anticipated deficits, including a record HK$139.1 billion forecast for the coming fiscal year.

The centerpiece of Chan’s budget is a HK$10,000 cash handout to permanent residents age 18 and older. Other measures include tax breaks for individuals and businesses, as well as funding for various industries.

Chan expects the cash handouts to start positively affecting the economy this summer. He said he is looking at starting registration for the payments in early July and processing them over the summer months.

He pushed back against critics of the handout who say it risks being saved, or even spent overseas, rather than at local businesses.

Instead, he urged those who get the payment to open their wallets and for businesses to entice them to do so.

“Giving a cash handout and appealing to people to come out to spend, encouraging the business sector to come up with incentive programs to complement this initiative from the government, I think people will of course depending on their own personal circumstances, support us and support Hong Kong.”

Still, while Chan forecast a forceful rebound for the economy he stopped short of a confident prediction.

“The rebound will be strong but to what extent this rebound compares to the past remains to be seen,” he said. 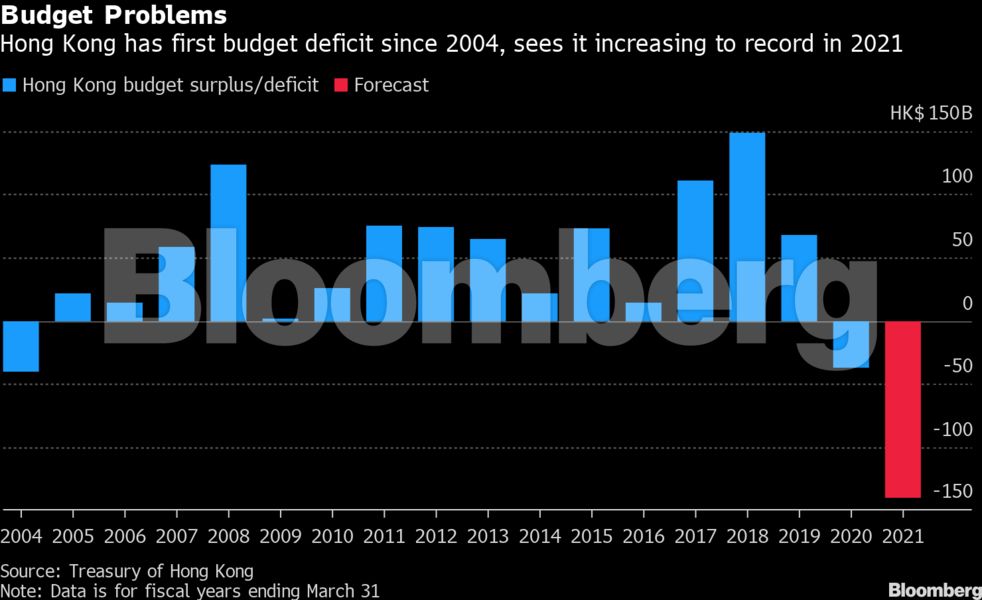 Economists forecast a second straight year of contraction for Hong Kong’s economy, the first back-to-back annual recessions on record. The government projects growth of -1.5% to +0.5%.

Economists are skeptical that the cash handout and other measures will make an immediate, meaningful difference with the city mired in recession after months of political unrest and now grappling with the coronavirus crisis.

In January, Chan had played down expectations for a handout as it would push the deficit past HK$100 billion.

The time lag between announcing and implementing the cash handout also means it likely won’t help spur economic growth until at least the second half of 2020, Goldman Sachs Group Inc. economists said in a report after the budget announcement.

In a nod to concerns that the government’s fiscal resources are limited, Chan said measures including consumption taxes are up for discussion.

“Hong Kong has been famous for a very simple and low tax system,” Chan said. “I’m going to invite scholars, business sector and tax experts to work together with us as to the appropriate response.”

(Updates with Chan comments on stimulus from 10th paragraph)

--With assistance from Shawna Kwan.

To contact the editors responsible for this story:
Jeffrey Black at [email protected]
James Mayger