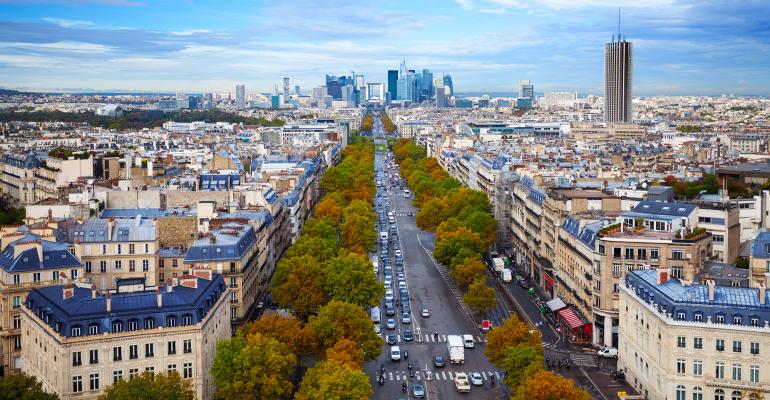 (Bloomberg)—The European Union added a ban on property transactions with Russian nationals to its sixth package of sanctions designed to raise pressure on Vladimir Putin.

The European Commission’s proposal would halt property deals with Russian citizens, residents and entities -- prohibiting the sale or transfer, directly or indirectly, of “ownership rights in immovable property located within the territory of the Union or units in collective investment undertakings providing exposure to such immovable property,” according to the legal text seen by Bloomberg News.

The ban is part of the EU’s latest move to hit the Russian state and oligarchs, measures that will for the first time target Moscow’s lucrative oil industry and Sberbank, the country’s largest bank. The plan needs to be endorsed by EU member states this week before entering into force -- and may be subject to change.

The prohibition applies to Russians who are not EU citizens and lack a residency permit in EU member states. It doesn’t apply to those who carry citizenship or residency in the European Economic Area or Switzerland.

Many Russian billionaires have acquired property in the EU since the collapse of the Soviet Union as they shifted some or most of their wealth outside their homeland. Roman Abramovich owns a 26,000 square-foot chateau in France with a rooftop pool, while Suleiman Kerimov has been linked to the high-end property in the nation with a tennis court and giant oval outdoor pool.

The EU has already taken tough action along with the U.S. and U.K. over other luxury assets for Russia’s ultra-wealthy. More than a dozen superyachts have been impounded or seized in European ports since the start of the war in Ukraine as part of sanctions efforts leveled at Russian billionaires.

One of the largest and most expensive of the detained vessels is Dilbar, a 156-meter (512-foot) motor yacht owned by Alisher Usmanov, who has been sanctioned by the U.S., U.K. and EU.

--With assistance from Ben Stupples.