The latest equities news and analysis to assist Wealth Professionals and their clients. 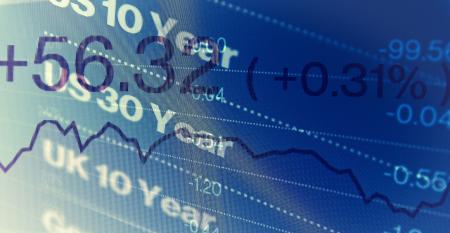 Quants Are Taking Over the World of Bonds in a Big Invesco Poll
Sep 27, 2021
Conviction has been rising in recent years that slicing bonds by factors like value and price momentum provides a way to outperform...

Bitcoin Acts Less Like Digital Gold and More Like a Risky Stock
Sep 20, 2021
Bitcoin plunged as much as 11% on Monday as stock markets trembled in the wake of a potential default from China...

Morgan Stanley Sees Growing Risk of 20% Drop in S&P 500
Sep 20, 2021
Stocks dropped across the board on Monday as strategists laid out two polar opposite "fire and ice" scenarios.

Retail Investors Are an Enigma for Many Wall Street Pros
Sep 20, 2021
Investing isn't about retail versus institutional investors, but rather about allocating capital to the most promising companies that can use it judiciously and effectively.

Exclusive: Vestmark Names Mike Blundin New CEO as It Doubles Down on Direct Indexing
Sep 17, 2021
Former CEO John Lunny will serve as vice chairman of Vestmark’s board of directors, as the fintech company builds out a more robust direct indexing solution and looks toward an initial public offering.

Stock Pickers Steal Market Share From Passive Thanks to IPO Boom
Sep 16, 2021
The post-Labor Day week was the busiest for IPOs in almost two months.

Equities Have Little to Fear Now Fear Itself Has Made a Comeback
Sep 14, 2021
While options trading shows that implied volatility has climbed, the actual level of price swings is easing down toward long...

Many ETF Investors Are Calling on Apple’s New Products to Succeed
Sep 14, 2021
There are more than 300 ETFs that own a stake in Apple, with over 200 equity ETFs holding a top-10 position.

More Strategists Say a Storm Is Brewing in the U.S. Stock Market
Sep 10, 2021
Vulnerabilities in the market include valuations at historical extremes, stocks rallying non-stop for seven months, a soft...

Five Things Your Risk System Doesn't Know About Scenarios (And You Do)
Sep 02, 2021
For the most part, the machines are doing it wrong and humans are doing it right.