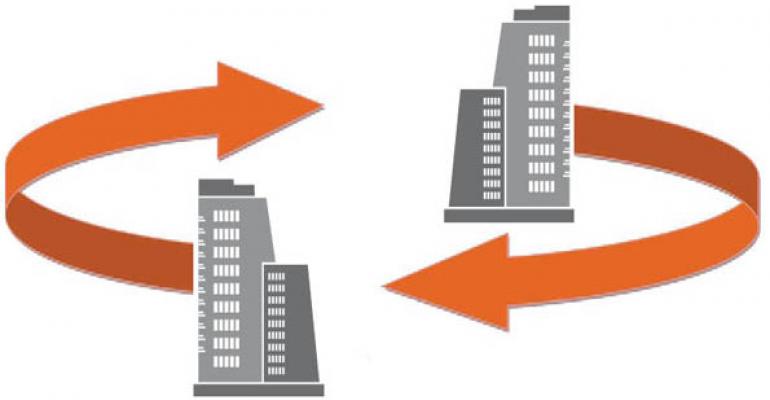 Conducting a 1031 Exchange? Keep Your Net Sales Proceeds in Your Name

If you sell investment property and use a Section 1031 Exchange to defer taxes on the capital gains, you could end up losing all of your sales proceeds, still owing the capital gains tax to the IRS, and have no effective recourse.

Section 1031 and the qualified intermediary

Section 1031 of the Internal Revenue Code allows a taxpayer to sell a “property held for productive use in a trade or business or for investment,” called the relinquished property, and defer taxes on the capital gains. This is done by purchasing another investment property, called the replacement property, within 180 days, and using the net sales proceeds from the sale of the relinquished property in the purchase of the new property.

One of the rules, however, in qualifying for a Section 1031 Like Kind Exchange, is that an independent third party must take possession of the net sales proceeds and hold them until the closing on the purchase of the replacement property, so that you never have possession of, nor control over, the funds.

Proving to the IRS that you did not have “possession of, nor control over, the funds” and that the third party really was “independent” can be a problem later. The agency is not likely to just take your word for it.

So, a system has been put in place to provide you a “safe harbor” for this requirement. If you do this, the IRS will assume that you have satisfied the requirement of not having possession of, nor control over, the net sales proceeds. The process requires that you engage the services of someone called a qualified intermediary to hold the funds.

And this is the problem.

What is a qualified intermediary?

“Qualified” does not mean that the entity has been determined by the IRS, or anyone else, to be qualified to do what they will be doing. “Qualified” means that they are not disqualified because they are your agent or a member of your family—in other words, not independent.

A qualified intermediary is not licensed, registered, regulated, monitored or audited. And there are actually no qualifying requirements for holding the position.

They are usually organized as a Limited Liability Company (LLC), so there is no liability involved.

These funds are usually held by the qualified intermediary in a commingled account with the exchange funds of other taxpayers.

And these are not all small, fly-by-night operators.

On November 24, 2008, LandAmerica 1031 Exchange Services, Inc. (LES) filed for bankruptcy protection, freezing all of the funds being held for pending closings. LES claimed that the total value of the customers’ funds was sufficient to cover the planned closings, but explained that the funds were invested in “auction grade securities” and “due to the recent freeze in the credit market” the funds were not currently liquid.

And LES continued to tell its customers that their funds would be released at the first meeting of the bankruptcy court, which was scheduled shortly.

The truth was somewhat more disturbing. In fact, the market for auction grade securities had collapsed.

And on the same day, the parent company of LES, LandAmerica Financial Group, a Fortune 500 company, and the third largest title company in America, realizing the size of the problem, and knowing that it had guaranteed some of LES’s obligations to the exchange clients, also filed for bankruptcy protection, wiping out the guarantees.

It turned out that LES was holding about $450 million in funds for scheduled Section 1031 Exchange closings for about 450 customers. And the bankruptcy court was not releasing any of the money.

Most of the Section 1031 Exchanges failed by the time the bankruptcy court ruled, five months later, that $400 million of the customers’ funds were actually owned by LES, and would be used to pay the company’s secured creditors. The remaining $50 million would be used to pay the unsecured claims against the company, including the claims of the customers who had owned the funds.

So, how do you protect yourself?

First, don’t accept the assurances of the qualified intermediary about their honesty, integrity and responsibility, even if it happens to be true.

LandAmerica was the most respected intermediary in America. Not only did it lose $450 million of their customers’ money, but it also put its customers in the position of being liable for another $100 million in capital gains taxes on income that they had lost.

Second, insist that your funds are held in an FDIC-insured financial institution in amounts covered by the FDIC insurance limits.

A qualified trust is just that, a trust, and you are the beneficiary. And, similarly, the escrow agreement limits your rights to receive, pledge, borrow or obtain any benefits from the funds.

A third party in the escrow agreement

And, in addition, the agreement should involve three parties, not just you and the qualified intermediary.

The agreement should require that the escrow holder or trustee receive the taxpayer’s written authorization for a withdrawal. This way, you satisfy the requirement of Section 1031 that you not have receipt of, constructive receipt of, or control over, the net sales proceeds, and that they be held by an independent third party.

But you also protect your funds by not allowing them to become the asset of the independent third party, the qualified intermediary, so that they might be lost or stolen.

What about state law?

Although there might be a state law that empowers the taxpayer to terminate or dismiss the escrow holder of the qualified escrow account, or the trustee of the qualified trust, these rights are overridden in this situation by Treas. Reg. 1.1031(k)-1(g)(3)(iv).

The IRS has created some relief for taxpayers who are victims of the bankruptcy of a qualified intermediary, but it is only in the area of interest and penalties. The Section 1031 Exchange is still disallowed, and the capital gains tax is still owed. It’s up to you to make sure that everything is done right.

Understand the situation, and protect yourself.

Michael Lantrip is a real estate attorney based in Pittsburg, Texas.