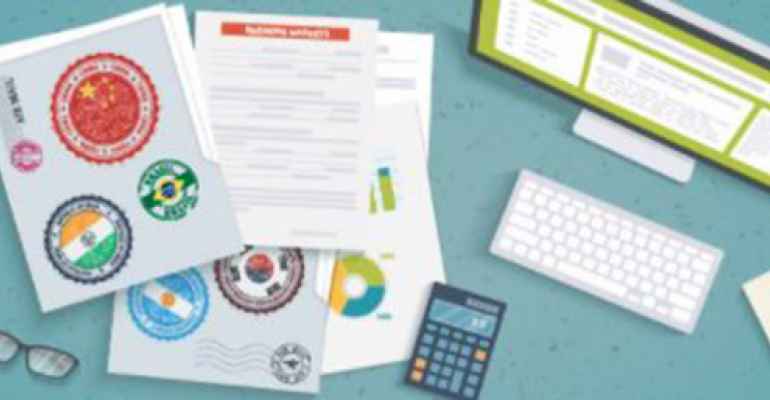 For those who think of China as a capitalist dream, the recent Chinese regulatory crackdown may have come as a stunning turn. For those who think of China as primarily a Communist state that only answers to the Party, it was only a matter of time. In reality both viewpoints hold merit. China is a consequential market with continued room for growth. It’s also an authoritarian state that may never see investors, particularly foreign investors, as a top priority. But more importantly, recent events appear to be part of a strategic shift already years in the making and still in the early stages.

It’s not clear if China will succeed in reshaping its economy or creating the “common prosperity” the government desires, but it’s clear that they are prepared to do whatever it takes to try. Although an allocation to China continues to make sense in a broadly diversified portfolio, getting that exposure while avoiding sector and stock concentrations may be even more critical to success.

Imbalance and broken safety nets
China’s growth trajectory over the last four decades has been incredible. Since opening its economy under Deng Xiaoping in the late 1970s, annual real GDP growth has averaged 9%. This rapid growth has transitioned China from a poor to an upper-middle-income country, lifting millions out of poverty. But what worked so well over this period to stimulate growth, namely low-paid labor, resource-intensive manufacturing, and a high reliance on exports rather than domestic consumption, has resulted in significant imbalances across the domestic economy and may have finally run its course.

One example of this outcome is the current high level of income inequality in China that’s grown in recent decades to become one of the worst in the world. Inequality at this level would be shocking in any country but is particularly so in a Communist one.

Another challenge is China’s relatively meager safety net. This wasn’t surprising when the country was less developed, but it’s becoming harder to reconcile with its current status as one of the largest economies in the world, especially one that’s firmly committed to socialism. Social spending as a share of GDP is low when compared to developed countries and other emerging market countries. This has been felt keenly during the pandemic, where unemployment benefits are set below an already low minimum wage and millions don’t even qualify due to the nature of their employment.


This has not only humanitarian consequences but also economic ones. Without an adequate safety net, households are forced into high savings rates as a matter of necessity. Combined with an already low share of GDP, this high savings rate further depresses disposable income available to spend on goods and services. As a result, household spending as a share of GDP in China is relatively low and it’s been difficult to rebalance away from investment-led growth toward consumption-led growth.

Total household spending (as % of GDP, 2020 or latest available)

Rise of the crackdown

Early signs of a potential turn can be traced back to 2017 during the 19th China Communist Party Congress. President Xi Jinping outlined the tension between “unbalanced and inadequate development” and “people’s ever-growing needs for a better life” and called for a new era. A five-year plan released this month echoes this line of thought, stating the desire to build a regulatory environment to “meet people’s ever-growing demands for a good life.” And a recent statement from the Communist Party’s central financial and economic affairs commission pushed a focus on regulating high incomes and creating “common prosperity.”

The more recent regulatory crackdown began to appear in November 2020 when the Shanghai and Hong Kong stock exchanges halted Ant Group’s initial public offering—expected to be the largest such offering in history—after concerns arose about the way the financial technology company was potentially sidestepping banking regulations and using consumer lending data. Although the company continues to work toward an offering, it will likely look very different after it meets regulatory muster and may be well below initial valuations.

Earlier this year China’s State Administration for Market Supervision fined e-commerce giant Alibaba, an affiliate of Ant Group, $2.8 billion for anticompetitive practices and warned 34 other major technology companies, including Tencent, Baidu, and ByteDance, that they had a month to fix their own practices or face something similar. Shares of Alibaba and Tencent have fallen nearly 25% since then.

In July 2021, the Cyberspace Administration of China banned the ride-hailing app DiDi Chuxing from app stores, citing violations in how DiDi collects and uses personal information. The ban came just days after DiDi had listed on the New York Stock Exchange in one of the largest initial public offerings of a Chinese company in the US since Alibaba in 2014. The ruling also limited users to only those who downloaded the app before the ban. A month and a half later, the stock was trading at half its debut value.

Technology companies aren’t the only ones under pressure. Stock prices for private tutoring companies collapsed this summer after regulators announced the companies must register as nonprofits and prohibited them from accepting foreign capital through a structure that had allowed them to evade controls on foreign ownership.

It’s difficult to think the regulatory shift we’re observing is a temporary phenomenon. It seems equally difficult to think foreign investors are going to be able to tell exactly who will be in the Chinese regulators’ sights next, when it will happen, and what the long-term impact on any company’s profitability will be. It’s clear that the consequences of coming under scrutiny for failing to support Beijing’s new goals around common prosperity can be dire for Chinese companies and their investors.

Does this mean investors should turn away from China altogether? Of course not. But in addition to reconsidering the level of overall exposure to China in an investor’s portfolio—for example, choosing to still invest in the country but at potentially reduced levels—one should also reconsider the composition of that investment.

What investors may not realize is how concentrated their exposure to China could be. For example, as of the end of July, MSCI’s China Index held about 44% in just 10 companies out of 730 constituents. Alibaba and Tencent were the largest two holdings at 13% each even after both companies fell by double digits. This means broader emerging market exposures are often similarly concentrated. MSCI's Emerging Markets Index has 1,406 constituents, and yet two Chinese companies alone—Alibaba and Tencent—make up 10% of the total index weight. Similarly, among the 27 countries in the index, Chinese companies in the aggregate make up 35% by market cap. It’s also common to see significant sector concentrations within a China allocation, which makes investors particularly exposed if that sector comes under widespread regulatory scrutiny.

This year has made it abundantly clear that investing in China carries risk. But in 2020 it seemed like an entirely different story. By our estimate, China accounted for more than three-quarters of the MSCI Emerging Markets Index total return in 2020. Going against the grain felt like a loser’s game, and many investors flocked to managers who were succeeding in an environment where concentrations were rewarded, leaving them exposed when the tide turned. For those who would like to still invest in China but protect against continued regulatory shocks, a diversified approach that seeks to spread out exposure across a variety of sectors and eschews stock-specific concentrations may be just the thing.

References to specific securities and their issuers are for illustrative purposes only and are not intended to be, and should not be interpreted as, a recommendation to purchase or sell such securities. It should not be assumed that any of the securities referenced will be profitable in the future or will equal their past performance. All investments are subject to risks, including the risk of loss. It is not possible to invest directly in an index.

“MSCI” and MSCI Index names are service marks of MSCI Inc. (“MSCI”) or its affiliates. The strategy is not sponsored, guaranteed, or endorsed by MSCI or its affiliates. MSCI makes no warranty or bears any liability as to the results to be obtained by any person or any entity from the use of any such MSCI Index or any data included therein. Please refer to the specific service provider’s website for complete details on all indexes.