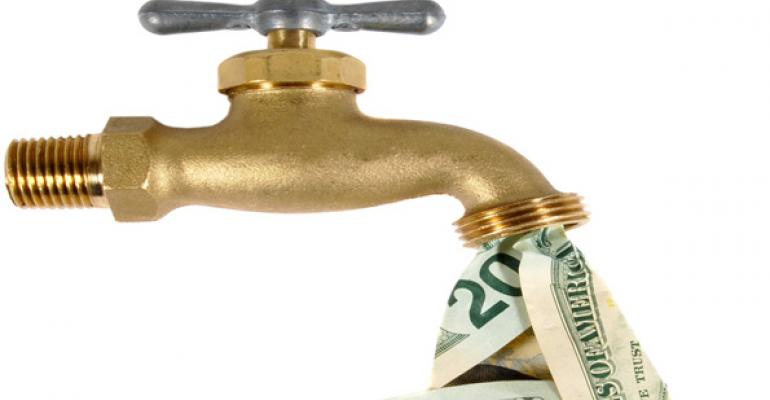 Senators Mitt Romney and Tom Cotton have proposed giving either a check or a cash stipend to every American.

(Bloomberg)—Cash handouts to all American households are gaining support in Congress as the best way to shore up an economy brought to a near-standstill by the coronavirus.

Republican Senator Mitt Romney gave his backing to the idea on Monday, proposing to immediately send $1,000 checks to every adult American, and Republican Senator Tom Cotton also said he is working on legislation that would provide cash stipends. Several House Democrats also back sending checks as the best way to help households.

Among economists, the idea of across-the-board cash handouts as a response to the epidemic has been rapidly gaining support. That’s mainly because the scale of the shock has become much clearer, as swaths of the economy -- from air travel to bars and restaurants -- essentially shut down.

As a result, analysts worry that some of the virus-relief proposals already in the pipeline will be too narrow.

A bill to expand paid sick leave, for example, is now awaiting a vote in the Senate, but many service-industry employees will be stuck at home because their workplace is closed, not because they’re ill. And people in temporary work may be excluded.

Sending checks to all Americans would also help households keep current with bills, from rent to payments due on various kinds of loans, while the economy powers down. It’s a way of ensuring that people don’t lose their homes or see their credit scores tumble because of a severe but temporary downturn caused by an epidemic.

The checks could also help prevent loan defaults, which can ripple through the financial system and cause further losses as happened during the 2008 crisis.

The White House is interested in the idea. Treasury Secretary Steven Mnuchin, who brokered the most recent coronavirus bill with House Speaker Nancy Pelosi, has said the administration might be open to such payments in the form of a refundable tax credit, noting on Fox News Sunday,: “That has certain advantages of we can inject money really quickly.”

Democratic Representatives Tim Ryan of Ohio and Ro Khanna of California are proposing to send checks to Americans who earn less than $65,000, which would mean approximately two-thirds of households would qualify. Those checks would range from $1,000 to $6,000 depending on income.

Senate Democratic leader Chuck Schumer said Monday he will propose a $750 billion package that would would “mainline money into economy and directly into the hands of families that need it most.”

The proposals are an alternative to a payroll tax cut, which President Donald Trump has advocated for in recent weeks. Proponents say it is more effective because it gets the money into taxpayers hands more quickly and doesn’t require someone to be employed to get the benefit.

High-profile economists backing stimulus checks as a response include Gregory Mankiw, an economic adviser to President George W. Bush, and his Harvard colleague Jason Furman, who played the same role for the Obama administration.

Mankiw wrote in a blog post last week that many Americans don’t have any savings, and it’s hard to identify “the truly needy,” so blanket handouts make sense in the current crisis. “Sending every American a $1000 check asap would be a good start,” he wrote.

Furman made a similar proposal in a March 5 article in the Wall Street Journal, calling for payments of $1,000 per adult and $500 for each child. He said sending out checks is a better fix than payroll-tax cuts, which Furman said would be “too slow and dispersed.”

However, taxpayers may not see cash in their bank accounts immediately, said Mattie Duppler, a senior fellow at the National Taxpayers Union, said. Stimulus checks sent out in 2009 as a response to the financial crisis took more than two months to reach taxpayers -- President Barack Obama signed it into law in February and checks hit the mail in May.

To contact the reporters on this story: Ben Holland in Washington at [email protected];

To contact the editors responsible for this story: Joe Sobczyk at [email protected];